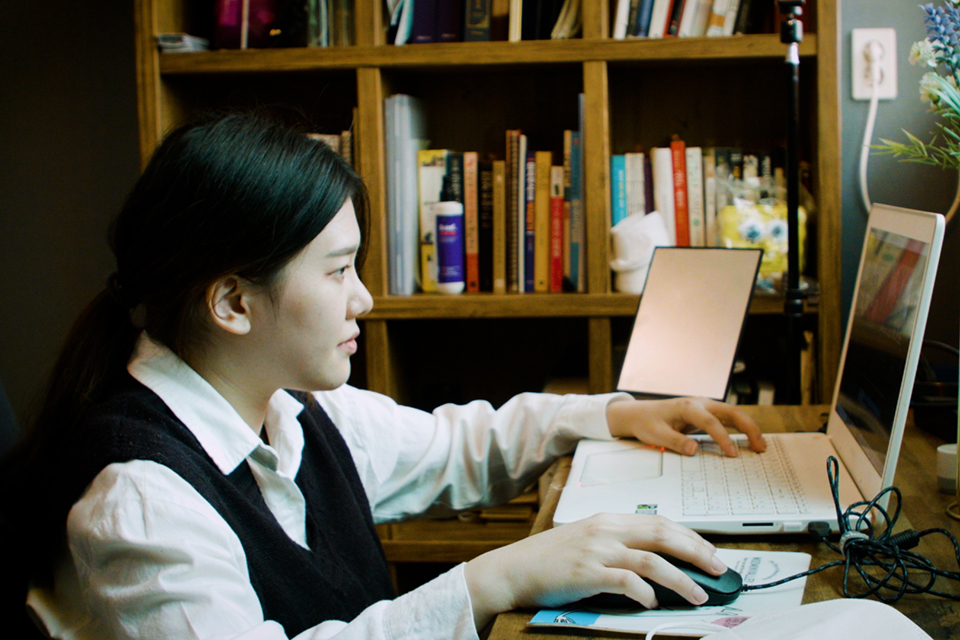 Jin Pu-reun, who was threatened by peers in high school because she was a lesbian, became a blogger to support other LGBT kids in South Korea. Her experience was part of a report by the Lowenstein Clinic and Human Rights Watch.

The 76-page report, “‘I Thought of Myself as Defective’: Neglecting the Rights of LGBT Youth in South Korean Schools,” finds that bullying and harassment, a lack of confidential mental health support, exclusion from school curricula, and gender identity discrimination are particularly pressing concerns for LGBT students. The South Korean government should implement antidiscrimination protections and ensure that LGBT youth have supportive resources to safeguard their health and education.

“LGBT students often face bullying and discrimination in the classroom in South Korea, from adults as well as from other students,” said Ryan Thoreson ’14, an LGBT rights researcher at Human Rights Watch and former Clinical Lecturer in Law at Yale Law School. “Without clear protections, many students suffer in silence at the expense of their education and well-being.”

Human Rights Watch and the Lowenstein Clinic interviewed 26 current and former students, and 41 teachers, parents, service providers, and advocates primarily based in Seoul, in Cheongju, North Chungcheong Province, and in Cheonan, South Chungcheong Province. Many of the students said that they felt alone when they realized they were lesbian, gay, bisexual, or transgender, and did not know where they could turn for information and support when they had questions or were experiencing mistreatment in school.

Although some municipalities have enacted student rights ordinances that prohibit discrimination based on sexual orientation or gender identity, the national government has not yet enacted a comprehensive antidiscrimination law that would protect people in educational and other settings, including employment. The National Human Rights Commission of Korea can receive complaints of discrimination against LGBT people, but it lacks robust enforcement authority to ensure that those who experience discrimination obtain redress.

Young people interviewed for the report described being excluded and ostracized, being targeted online, or being physically or sexually harassed. A 22-year-old lesbian woman recalled that once her sexual orientation became known at her secondary school, she was singled out for harassment and “the older students criticized me saying: ‘You are homosexual, you’re dirty.’”

A 17-year-old girl recalled a classmate saying that homosexuals should die, according to the report.

Students who are transgender have also struggled with gendered restrictions in schools. Many South Korean schools divide students by gender or have gendered dress codes or facilities, and do not allow students to attend school consistent with their gender identity. This can pose a particular difficulty for transgender students, who may experience persistent discomfort or distress that jeopardizes their ability to get an education.

The abuses that young LGBT people face in schools are exacerbated by a lack of supportive resources. School counselors have no required training to ensure that they are competent to work with LGBT young people. Students said that they were not comfortable confiding in teachers or counselors for fear they would breach confidentiality, or criticize them for their sexual orientation or gender identity.

Programs that do exist to protect students’ rights and well-being often neglect the needs of LGBT students. While South Korea has created counseling centers for young people and a youth hotline for mental health assistance, young people who have used those services said that the services were not affirming of and were at times openly critical of diverse sexual orientations and gender identities. The national sexuality education curriculum does not contain any content on LGBT issues, and students said that LGBT issues were rarely discussed in other classes or were portrayed in a negative light.

Proposals to protect LGBT rights have been met with fierce opposition from conservative groups, who have vocally opposed any recognition or protection for LGBT people under the law. Despite growing popular support for LGBT rights, lawmakers have been unable to pass a comprehensive nondiscrimination bill, leaving LGBT people at risk of being fired, evicted, or otherwise mistreated because of their sexual orientation or gender identity.

Lawmakers and school officials should take immediate steps to ensure that schools are safe and inclusive environments for LGBT students, Human Rights Watch and the Lowenstein Clinic said.

The National Assembly should enact a comprehensive antidiscrimination law and protections against school bullying, according to the report. The Ministry of Education and Ministry of Gender Equality and Family should take steps to include LGBT material in both the national sexuality education curriculum and in mental health resources that are available to young people in South Korea, the report states.

School officials should implement policies to foster inclusion and support, the report says, including measures to incorporate LGBT issues into training and school curricula as well as systems, for confidential reporting and assistance when students experience mistreatment or distress.

“Schools need to be safe and inclusive spaces so that all young people are able to learn,” Thoreson said. “Lawmakers and school officials need to take meaningful steps so that LGBT students in South Korea can learn and thrive without fear of bullying, exclusion, and exposure.”

Human Rights Watch is an independent, international organization that works as part of a vibrant movement to uphold human dignity and advance the cause of human rights for all.