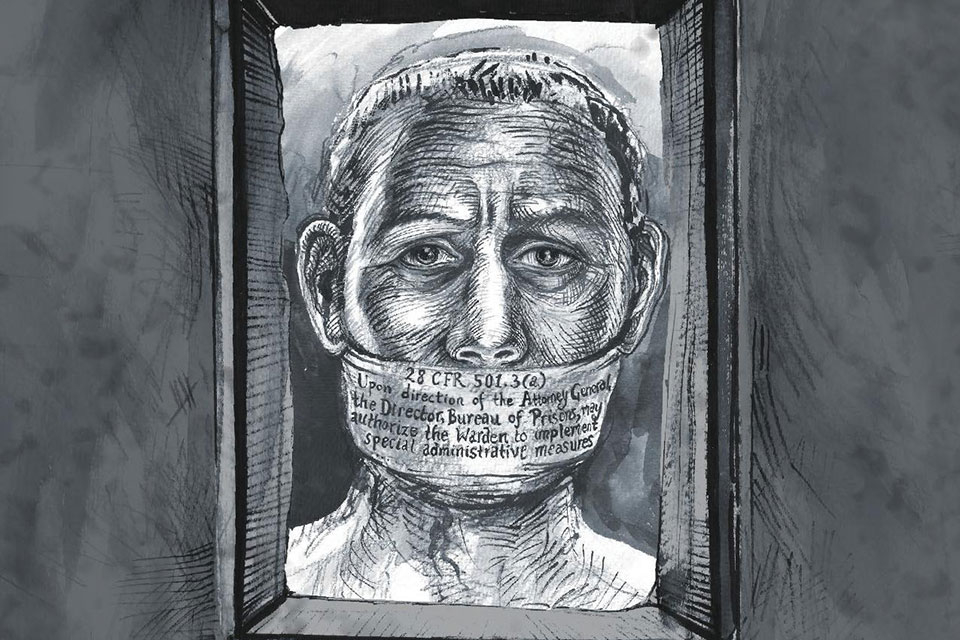 The Center for Constitutional Rights (CCR) and the Allard K. Lowenstein Human Rights Clinic at Yale Law School released a report documenting the U.S. government’s use of a secretive form of extreme isolation in federal prisons.

The report, The Darkest Corner: Special Administrative Measures and Extreme Isolation in the Federal Bureau of Prisons, documents the use of drastic restrictions called Special Administrative Measures (SAMs). According to the report, SAMs compound the debilitating effects of solitary confinement by severely limiting prisoners’ communication and effectively silence the few people with whom they can communicate. The report finds that some individuals have been confined in these conditions for more than twenty years, without any meaningful avenue to challenge them. 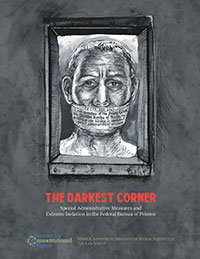 “SAMs constitute the most extreme form of isolation known to exist in the U.S. federal prison system,” says Allison Frankel ’17, an author of the report. Under SAMs, communications are limited to the prisoner’s attorneys and government-approved immediate family members, and, even then, contact is infrequent and subject to intensive government monitoring. Moreover, the immediate family members and attorneys allowed contact with a SAMs prisoner face the threat of criminal prosecution for repeating the prisoner’s words to anyone else. "SAMs prisoners' words are de facto criminalized," says Tasnim Motala ’16, who performed research for the report. Contact with the media is also explicitly prohibited. “We found that the chilling effect of SAMs is pervasive and near-total,” explains Andrew Walchuk '17, another author of the report. “There is so much fear among family members and even lawyers to speak up.”

This secrecy surrounding SAMs facilitates abuse, the report warns. “SAMs not only shrink the entirety of a prisoner’s world to the four corners of his cell,” says Walchuk. “They prevent anyone else from shining a light on what happens within.”

The report notes that the Attorney General can impose and extend SAMs at his discretion––even for pre-trial prisoners, who have not been convicted of a crime. Inflicting SAMs on such individuals “erodes the fundamental right to be presumed innocent,” says Frankel.

In multiple cases, the report documented that the Attorney General recommended lifting SAMs shortly after the defendant pleaded guilty. For Pardiss Kebriaei, a senior attorney with the Center for Constitutional Rights, the implication of such behavior is clear. “Just as the CIA used isolation and sensory deprivation as one method to elicit ‘learned helplessness’ from detainees,” Kebriaei says, “it appears the government has used the extreme isolation of SAMs as a tool to coerce defendants into cooperating.”

These tactics are not applied equally. In fact, FOIA documents, case files, and interviews suggest that the government disproportionately uses SAMs to target Muslims. “The potential for discriminatory use of SAMs should be particularly alarming to all of us under an administration that has openly discriminated against Muslims and other minorities, and has specifically advocated for the use of torture,” says Kebriaei.

The FOIA documents that informed the report were released only after years of litigation by Yale’s Media Freedom and Information Access Clinic on behalf of Human Rights Watch.

The Clinic’s report concludes that SAMs constitute inhumane treatment and may rise to the level of torture, a finding that raises serious concerns under U.S. and international law. Individuals restricted by SAMs are, the report suggests, being subjected to severe rights violations.

“Advocates on both sides of the aisle have criticized President Trump for vowing to ‘bring back torture,’ but the torture of SAMs and indefinite solitary confinement never went away,” notes Frankel. “Right now, the only thing protecting prisoners from being placed under SAMs is the discretion of Attorney General Jeff Sessions.”

The Center for Constitutional Rights is dedicated to advancing and protecting the rights guaranteed by the United States Constitution and the Universal Declaration of Human Rights. Founded in 1966 by attorneys who represented civil rights movements in the South, CCR is a nonprofit legal and educational organization committed to the creative use of law as a positive force for social change.