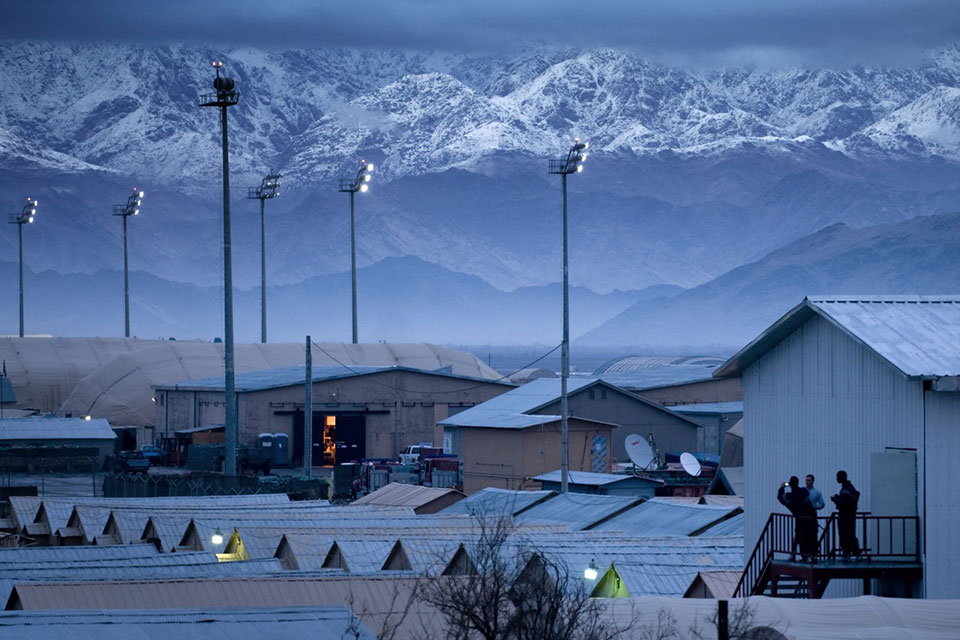 The United States never charged Tajik national Sa’id Jamaluddin with any terrorism-related crimes. Yet after suffering years of unlawful detention and maltreatment by the U.S. and Afghan governments, Sa’id has now been forcibly sent back to Tajikistan, where he faces near-certain torture and possible death.

The Lowenstein International Human Rights Clinic at Yale Law School is representing Sa’id and two other men who have endured an extended period of arbitrary detention in Afghanistan. One is Sa’id’s brother, Abdul Fatah. He and the third client, Musa Akhmadjanov, are also at risk of forcible rendition back to their home countries of Tajikistan and Uzbekistan, where they would face similar dangers. The Clinic is unsure of Musa’s and Abdul’s whereabouts, but believes them to be in Afghanistan.

“We strongly condemn Afghanistan’s decision to expose our clients to torture and the risk of death,” said Alissa Fromkin ’20, who leads the Clinic team working on the case. “In addition to violating international legal standards, prison officials also denied our clients access to counsel — one of the most basic protections for detainees’ human rights.”

Between 2009 and 2014, the U.S. government detained these three men without charges in the notorious Afghanistan prison at the Bagram Air Base, which, like Guantánamo Bay, was a critical component of the American detention and interrogation policy after 9/11. The Clinics’ clients may have been among the many prisoners who were tortured at Bagram: a source reported to the United Nations Working Group on Arbitrary Detention that Musa has been subjected to beatings and solitary confinement; in addition, all three men are reported to have been deprived of adequate food and medical care.

Their ordeal did not end when Bagram closed in 2014. Despite the fact that they had never been charged with or convicted of terrorism-related offenses by the U.S., all three men were transferred to Afghan custody and remained imprisoned. Afghan authorities convicted Sa’id and Abdul of membership in a terrorist organization and sentenced them to three years in prison, but the Afghan Supreme Court ruled that the men already served that time while in U.S. custody. As far as the Clinic knows, Musa was not convicted of any crime.

Even after the decision of the Afghan Supreme Court, none of the men were released. Most of the non-Afghan prisoners had been returned home, but the Clinic’s clients were unwilling to go back to Tajikistan and Uzbekistan because of the dangers they faced there. In 2015 and 2016, the Clinic worked with International Justice Network (IJN), a small U.S.-based NGO, to prepare petitions to the U.N. Working Group on Arbitrary Detention on behalf of Sa’id, Abdul and Musa and advocate that they be resettled in safe third countries. The Working Group issued a highly favorable decision in January 2017, finding that, because of the clear violations by both Afghanistan and the United States, all three men should be “released immediately.”

But the Clinic has not yet been able to get the men resettled in a safe third country, in part because of rising anti-immigrant sentiment and policies around the world. In Europe, many states have cracked down on migration into their countries; in the U.S., as the Working Group issued its favorable decision, Donald Trump entered the White House and took a harsh stance against terrorist suspects. Now, Sa’id, Abdul, and Musa have not only been prevented from resettling safely in a third country, but have also been denied the opportunity to start a new life in Afghanistan.

Louise Willocx ’19, a Clinic student working on the case, argues that their situation reflects the U.S.’s unwillingness to take responsibility for the harms that its policy has caused. “Western states must stop the ‘out of sight, out of mind’ policy,” she said. “Our clients have been moved to jurisdictions where their human rights have been increasingly denied, to the point that we don't even know anymore that they are alive.”

Another student on the team, Amber Qureshi ’19, emphasized the U.S.’s role in the detainees’ abuse. “The forced deportation of our clients is not only a legal and moral failing of the Afghan government,” she said, “but also of the U.S. government, which has failed to protect the men that they are responsible for detaining and holding without charge for years in Bagram.”

The Clinic is continuing to work on behalf of Sa’id, Abdul, and Musa. Student Clinic member Mariana Olaizola ’19 said, “This latest development has been a blow to our clients, but we are committed to doing everything we can to secure their safety and to step up advocacy efforts to make clear that the violations they’ve faced are unacceptable.”