Maria Ressa Ruminates On the Dangers of Disinformation 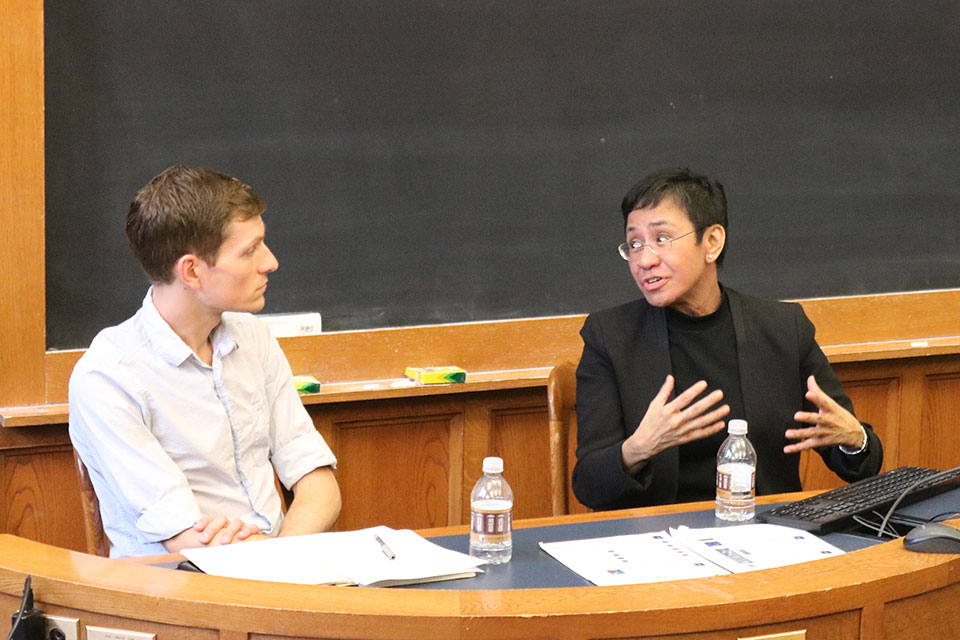 On March 2, 2020, internationally-recognized journalist Maria Ressa discussed her work in fighting disinformation and attempts to silence the free press in the Philippines. Ressa, who is CNN’s former bureau chief in Manila and Jakarta and the 2018 Time Magazine Person of the Year, described the ways in which disinformation can be profoundly detrimental to journalism, democracy, and human rights.

Ressa has been a journalist in Southeast Asia for more than three decades and in 2012 cofounded Rappler Media, which is now one of the leading online news organizations in the Philippines. Rappler’s reporting on the authoritarian administration of President Rodrigo Duterte has triggered recurrent intimidation tactics by the Filipino government to discredit Ressa and the media network.

In today’s world, Ressa said, social media and digital networks are “enablers” of authoritarian styles of government. She said that “social media is rolling back democracy,” pointing to the Philippines, Brexit, and Catalonia. Citing Yale University Professor Timothy Snyder’s interview on The Daily Show, Ressa described how authoritarian leaders lie repeatedly, accuse their opponents and journalists of lying, and proceed to cloud the public’s judgement on what is fact in order to stifle any possibility of resistance. According to Ressa, if a government is able to deceive its people into believing that lies are facts, then it has the ability to control them.

“Why should you care about the Philippines? Why is our dystopian present your dystopian future? The problem is very simple,” Ressa said. “Authoritarian populist style leaders have used technology to make lies laced with anger and hate spread faster than facts. Without facts, you can’t have the truth; without the truth, you can’t have trust. Without any of these, democracy as we know it is dead.”

Ressa described the ways in which the Philippines serves as a case study for the global phenomenon of disinformation. In an interview with whistleblower Christopher Wylie, Ressa said she learned that the notorious political consulting firm Cambridge Analytica used the Philippines as a “petri dish” to test mass disinformation techniques and later import these to the United States and Europe.

According to Ressa, Rappler Media has faced what she calls “patriotic trolling,” or “state-sponsored online hate and harassment campaigns to silence and intimidate.” Rappler was not the only institution victimized by the approach; the government consistently attacked journalists’ credibility, alleged corruption, and repeated this process “exponentially,” Ressa said.

The Filipino government particularly targeted women in the press and women political opponents. Ressa explained that the government “used sexual violence” by inflaming biases, fueling misogyny, and degrading women — including Ressa — by representing them as sexual objects to discredit them. The government repressed women using direct measures as well as disinformation, Ressa added. Leila de Lima, a Filipina Senator and former Chairperson of the Philippine Commission on Human Rights, is a victim of the government’s tactics, she said. After challenging Duterte, de Lima is now in her third year of detention.

Ressa described her own experience as a victim of the government’s spread of disinformation. After publishing a transcript of a conversation between President Trump and President Duterte, she was accused of having made the Philippines “a legitimate target of North Korean nuclear missiles” on Twitter. At the talk, Ressa presented a complete timeline of attacks against her professional and personal integrity. She showed how Rappler had graphed the frequency with which certain words signaling attempts to discredit her appeared in relation to her name. The word “corrupt” had reached over 1.7 million comments on social media. The word “biased” had nearly 1 million comments and peaked at 30,000 comments in one day. Ressa said that attacks against Rappler and herself took place “bottom-up” — first on social media from the bottom and then from the government at the top.

While Ressa noted approvingly that Rappler is working with Facebook as one of its two Filipino fact check partners, she lamented how rapidly fake news sites and hate messages spread on the platform. After disseminating attacks against Ressa on Facebook, Mocha Uson, a Filipina singer, was appointed the Assistant Secretary of the Presidential Communications Operations Office, granting her dangerous legitimacy. Ressa compared Uson to Alex Jones, an American radio show host and far-right conspiracy theorist, in her desire to serve as “alternative news.”

“Disinformation is like drugs,” Ressa said. “You begin to take them all the time, you become addicted, you can’t make the right decisions anymore, and you’re forever a changed person.” She characterized disinformation as poisonous in the information ecosystem, “pumping lies like viruses,” and damaging people’s view of the world and their “belief in institutions.”

Ressa concluded her talk by juxtaposing the current world order with what she believes people need to do in order to catalyze positive change. Today, Ressa said that the world is facing a “climate of fear” created by a combination of “online and offline violence.” Those who question people in power and fight for the truth, Ressa said, face retaliation from the government. Ressa hopes that in the future everyone can begin to “demand accountability and stand up against bullies.” 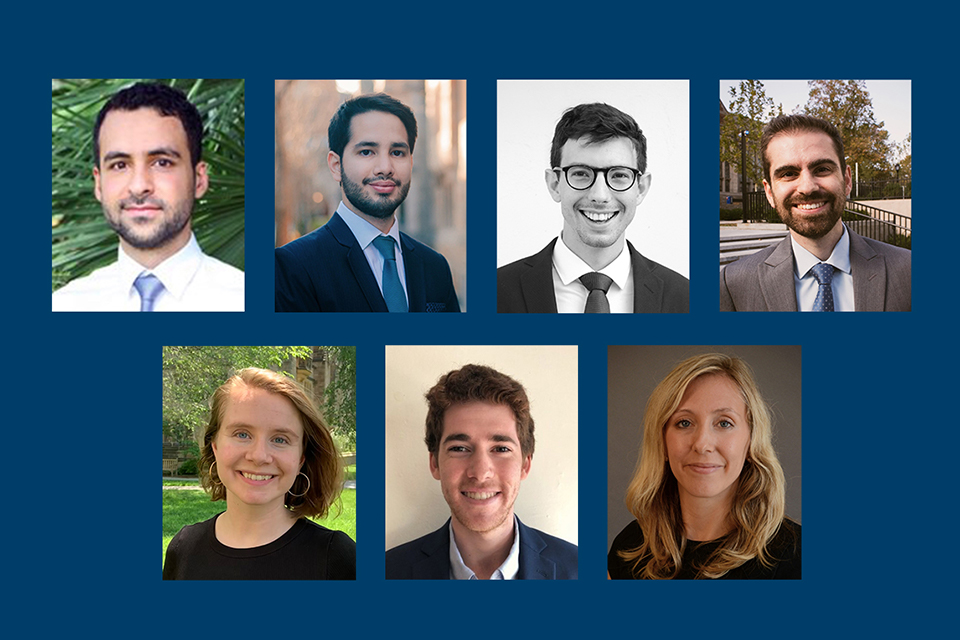 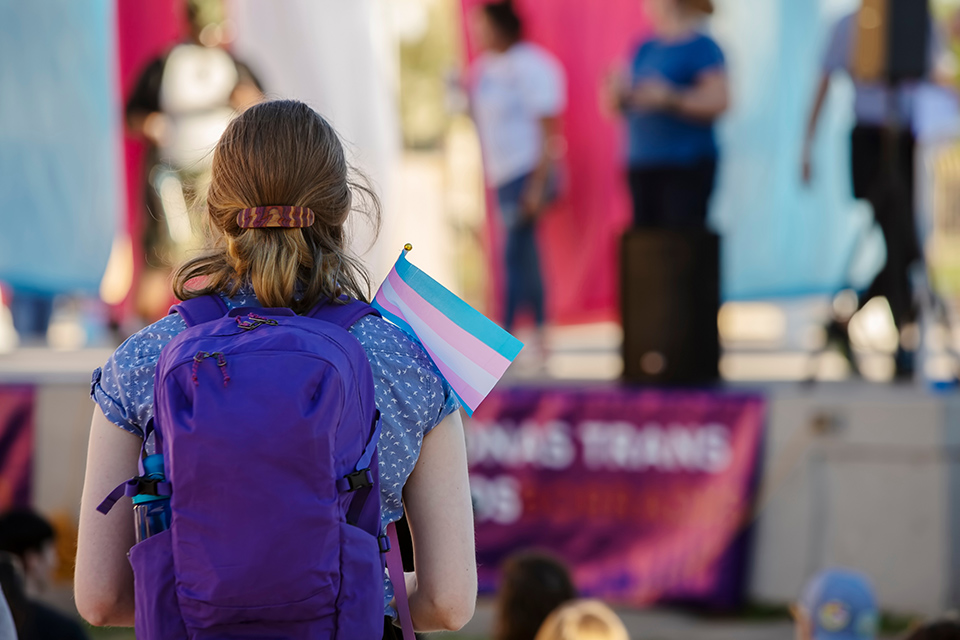 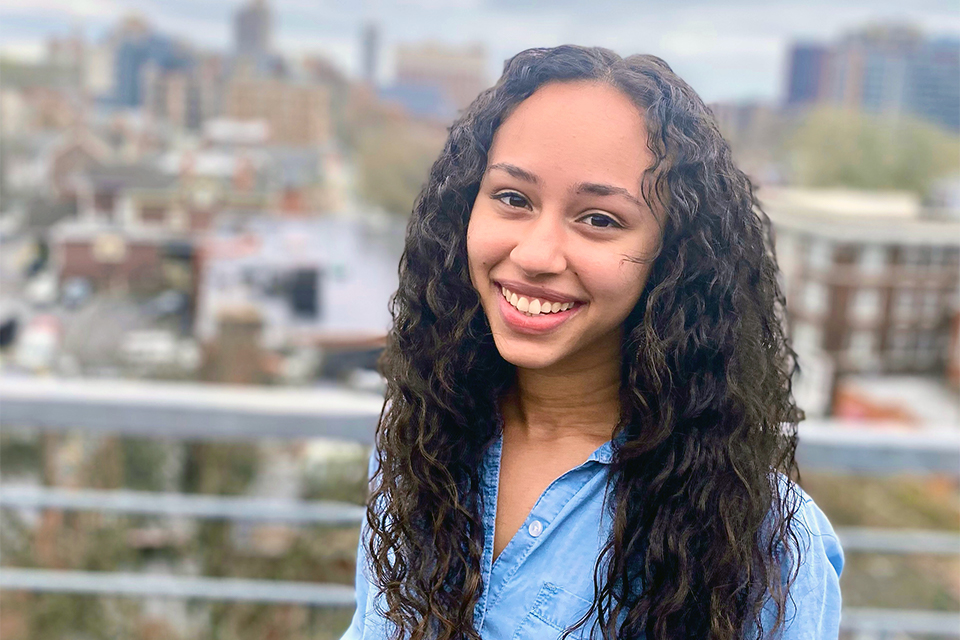 Megan Pearson ’21 is a Bernstein Fellow at Accountability Counsel.