They argue that new kinds of interventions — what they term “choice-enhancing” gun control — can empower people and expand individual freedom while saving lives. As a complement to existing regulations, the authors provide a plan to “make progress on gun violence without offending either the Supreme Court…or the general public’s sense of justice.” 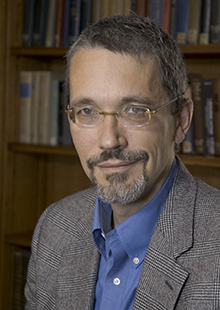 The data is startling. Nearly 40,000 people in the U.S. died of a firearm-related injury in 2016. Over half of those deaths were suicides. That year, the U.S. accounted for 35.3 percent of firearm suicides and 23.1 percent of firearm homicides in the world.

Through 10 different policy proposals that could be enacted at the state level, Ayres and Vars suggest ways to give citizens new choices that could lead them to disarm themselves or help to disarm others, ultimately leading to a decrease in firearms-related deaths.

One proposal, Donna’s Law, allows people to voluntarily choose to restrict their ability to purchase or possess firearms, and can significantly decrease suicide rates. The law gives people something new — the option to cede their Second Amendment rights. Research shows that even a short delay in gun acquisition can lower suicide rates, and the authors’ findings indicate a large percentage of people would self-restrict in this way. In some states, even the National Rifle Association has not opposed Donna’s Law.

Another proposal, the use of unlawful possession petitions, would help communities remove guns from more than a million Americans who are legally disqualified from owning them. Ayres and Vars estimate that more than 20 percent of Americans are disqualified from owning firearms, but millions possesses them nonetheless. The petitions enhance individual freedom by giving people a new choice, the option to trigger a process that can lead to a gun removal order.

“Giving a broad swath of citizens practicable ways to contribute to gun safety can save thousands of lives a year,” Ayres and Vars write, “if government can muster the political will to act.”

Ayres, a lawyer and economist, is Deputy Dean and Professor at Yale Law School and the Yale School of Management. The author of many books, his research has been featured on PrimeTime Live, Oprah and Good Morning America and in Time and Vogue magazines.

Frederick E. Vars ’99 is the Ira Drayton Pruitt, Sr., Professor of Law at the University of Alabama, where he specializes in mental health law. He works with numerous suicide-prevention organizations and is a member of the American Bar Association Standing Committee on Gun Violence.