Orly Lobel on Covenants not to Compete and Human Capital Accumulation 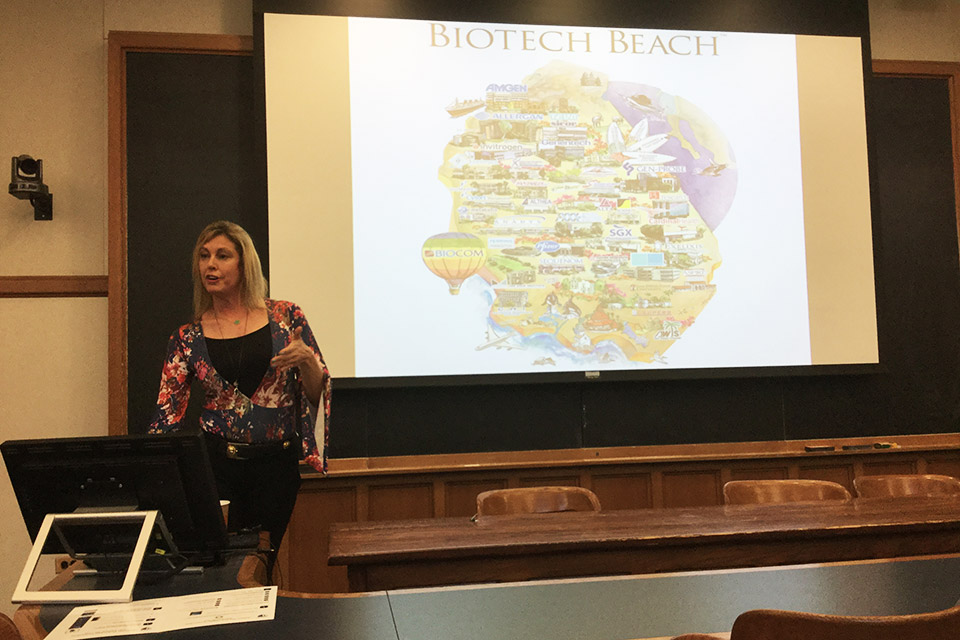 Lobel spoke about her long-lasting research concerning various employers’ practices aimed at making it harder for workers to switch jobs. Using the example of California, where non-compete clauses have been outlawed from the beginning, Lobel surveyed the range of legal tools that companies use to fix the talent market. Those include do-not-hire “gentlemen’s agreements” between employers, future-IP rights waivers and non-solicitation clauses in labor contracts, as well as wage fixing, and other tactics.

A talent market is, as its name suggests, a market, Lobel told the audience. Like any other market, it needs to be protected from anti-competitive practices. However, these practices negatively impact not only the competition itself, but also interests and well-being of workers and employers alike. If an individual is stripped of her intellectual property at the beginning of the employment, she will perform less well during this relationship. Finally, empirical evidence suggests that these practices impose disproportionate harm on certain identities, in particular women and racial minorities

As a solution, Lobel suggested thinking holistically about a new area of “human capital law,” found at the intersections of labor, antitrust, and contract law. Within this frame, she proposed going beyond traditional questions about enforceability of contracts, toward more proactive solutions found in regulatory approaches like antitrust. Moreover, she argued, one should consider extending the applicability of consumer protection and Federal Trade Commission’s Section 5 to employment relations. These changes would not only benefit the talent market, Lobel concluded, but also improve the situation of the individual workers.

The Yale Law School Center for Private Law promotes teaching and research in contracts, property and torts at Yale Law School and in the broader legal community. The Center supports scholars, students, and practicing lawyers in all these areas and seeks, especially, to sponsor serious and sustained intellectual engagements among groups who share interests but do not often interact.