Akhil Reed Amar, the Sterling Professor of Law and Political Science at Yale University, will receive the Outstanding Scholar Award from the Fellows of the American Bar Foundation (ABF) at the 61st Annual Awards Reception and Banquet on Feb. 4. The event will take place at the historic Alfred I. duPont Building in Miami, Florida. Amar is an eminent legal scholar and leading expert on constitutional law and criminal procedure. 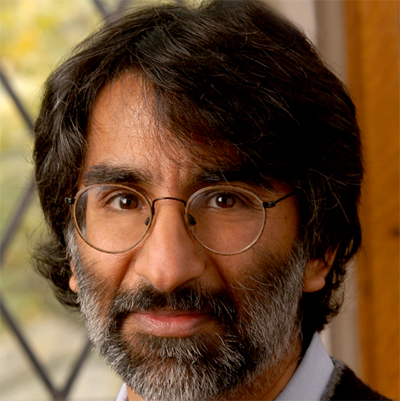 The Outstanding Scholar Award is given annually by the Fellows of the ABF to a member of the academy who has engaged in outstanding scholarship in the law or in government.

Amar is one of the nation’s most celebrated constitutional law scholars. His work has been cited in more than 30 Supreme Court decisions, and he has been called upon by both parties to testify before Congress as a constitutional expert. He is listed as one of the five most frequently cited legal scholars under the age of 60. After graduating from Yale Law School, Amar joined the Yale faculty at the age of 26. He currently teaches constitutional law at both Yale College and Yale Law School. In 2008, Amar received Yale’s DeVane Medal, the university’s highest award for excellence in teaching. He has served as a scholar in residence at several law schools across the country, and has had visiting appointments at Columbia Law School and Pepperdine Law School as the D & L Straus Distinguished Visiting Professor from 2005-2014.

Amar’s articles have appeared in the Harvard Law Review, Yale Law Journal and Duke Law Journal. He is the author of several books, including The Bill of Rights: Creation and Reconstruction, winner of Yale University Press’ Governor’s Award, America’s Constitution: A Biography, winner of the ABA 2006 Silver Gavel Award, America’s Unwritten Constitution: The Precedents and Principles We Live By, and The Constitution Today: Timeless Lessons for the Issues of Our Era, chosen by Time Magazine as one of the top 10 nonfiction books of 2016. In addition to Amar’s prolific scholarly writing, his work has been published in The New York Times, The Wall Street Journal, The Atlantic and The American Lawyer. In 2016, Amar received the Connecticut Law Tribune’s Lifetime Achievement Award.

“It is a true honor to acknowledge the excellent scholarship of Professor Akhil Reed Amar,” said Ajay Mehrotra, director of the American Bar Foundation. “He is not only an award-winning author, but also a public intellectual who has deeply influenced constitutional law and history. We are delighted that Professor Amar is receiving this year’s ABF Outstanding Scholar Award.”

Wachtell, Lipton, Rosen & Katz is the sponsor of the 2017 Awards Banquet, one of the several events hosted by the Fellows of the ABF during the ABA Midyear Meeting, February 1-5, 2017. Professor Amar will deliver the keynote address, titled, “The Rule of Law and the Role of Lawyers in the Age of Trump.”

This is a ticketed event. Please click here for registration information. For general event information, contact fellows@abfn.org or call 800-292-5065.

The Fellows of the American Bar Foundation is an honorary organization of lawyers, judges, and legal scholars whose public and private careers have demonstrated outstanding dedication to the welfare of their communities and to the highest principles of the legal profession.