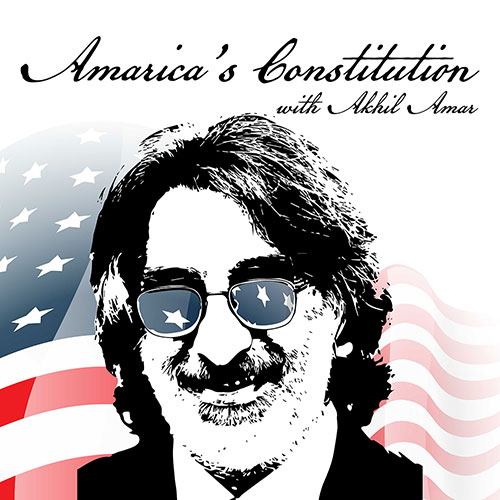 The first episode, taped on January 7, 2021, in the aftermath of the storming of the Capitol, was meant to be recorded on a day “that we could [collectively] exhale; where a period of uncertainty would be replaced with a degree of certainty after the Congress would…[officially] note the votes of the Electoral College,” and call the presidential election for Joe Biden. The historic interruption of the ratification process raises the following constitutional questions, according to Amar: “What were those uncertainties [people were worried about], what could happen, and why could they happen?”

Using historic and pop culture references from his experience as a young boy witnessing the broadcast of JFK’s assassination to his time consulting for the writers’ room on the popular show, The West Wing, Amar discusses the gaps in the Constitution relating to electoral pitfalls, while offering his expertise in how to contextualize and address those gaps.

In addition to his podcast, Amar recently launched a new personal website that provides information about his publications, speaking engagements, and future projects. The site offers access to the podcast, which is also available on Spotify, Apple, and other podcast platforms.