Monica C. Bell ’09 received tenure as Professor of Law on January 1, 2022. She is also Associate Professor of Sociology at Yale University. Her areas of expertise include criminal justice, welfare law, housing, race and the law, qualitative research methods, and law and sociology. Her award-winning scholarship has been published in The American Journal of Sociology, Yale Law Journal, NYU Law Review, Harvard Civil Rights-Civil Liberties Law Review, and Law & Society Review, as well as popular outlets like the Washington Post and the Los Angeles Review of Books.

In this Q&A, Bell discussed race, inequality, and how sociology can be a valuable lens for law students.

Much of your work has focused on policing, including an award-winning paper about how parents consider police presence when evaluating a neighborhood’s suitability for raising children. More recently, you’ve begun to focus on housing and residential inequality, as well as race-class inequality more broadly. How did one topic lead to the next? 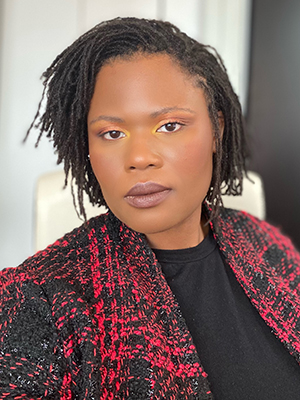 I’ve never been interested in policing per se. I began studying policing almost by accident — 10 years ago, I was interviewing Black mothers in D.C. about their experiences with the state writ large, which included social services, schools, child welfare agencies, housing authorities, and more. One issue that came up in that research was the pervasiveness of policing as a thread running through all of those entanglements with the state. So, I've always been interested in policing as a window into larger structures that produce race, gender, and class subordination. Even the article on parents and police presence was part of a larger study on how parents make residential decisions more generally. I’m excited in this next chapter to be able to continue to work on these larger issues at the intersection of race, class, and gender inequality — at times writing about policing, but also following other, less obvious threads through which inequality and injustice are produced.

In some of your work, you note that reformers often overlook how lawmakers in poor communities of color face the challenge of legal estrangement, which you’ve described as an intuition people have that the law and its creators and enforcers operate to exclude them from society. Why is this such an important concept? How does acknowledging legal estrangement change the conversation around reforming legal institutions?

One of the challenges for people in lawmaking more generally is to assess how the effects of change might matter to people on the ground who are experiencing that change. There is often an assumption that if we just get the law right and the implementation right, we can expect quick returns on how people experience the law. However, my research suggests that when a group of people has faced legal exclusion at a structural and historical level, lawmaking has to take place at a deeper, more structural level and expect slower returns when it comes to civic engagement and social inclusion.

Tell us about one of the courses you teach, Law & Sociology. How can fundamental concepts of sociology offer insight for designing law and policy?

Sociology is a discipline that is deeply concerned with structure, context, institutions, and lived experience. Often, law and legal theory are insufficiently focused upon those three aspects of the world. For example, "reasonableness" is assessed by judges whose social milieu is totally different from many of the individuals who are before them in court. We make assumptions and debate over what law and policy in one area often with little meaningful understanding of how institutions operate together or are facing similar constraints. Many of the so-called "unanticipated consequences" of certain legal and policy interventions might have been anticipated with deeper sociological understandings of the context of lawmaking and policymaking. Sociology, in contrast, foregrounds many of these questions about institutional functions, group and social dynamics, and social structures. In Law & Sociology, I try to give students enough material to ask some of the questions that deeply concerned me in law school and encouraged me to seek a Ph.D. Most importantly, we ask ourselves what perspectives are missing in the top-down, detached ways we often engage in lawmaking and policymaking? What are some of the predictable drawbacks and pitfalls of well-meaning formal legal interventions?