Professor Driver on How the Courts Influence Public Schools

Justin Driver accepted a tenured appointment as Professor of Law at Yale Law School on July 1, 2019. Driver, who joined Yale from the University of Chicago Law School, studies constitutional law, constitutional theory, and education law. His debut book, The Schoolhouse Gate: Public Education, the Supreme Court, and the Battle for the American Mind, was published in 2018. The Schoolhouse Gate has received acclaim from both popular publications and law reviews across the country. The New York Times called it “indispensable,” and the Washington Post labeled it “masterful.” Dean Erwin Chemerinsky deemed it “magnificent” in the Michigan Law Review, and the Yale Law Journal declared it “destined to influence the field for years to come.” In addition to being named a Notable Nonfiction Book of the Year by the Washington Post and an Editors’ Choice by the New York Times Book Review, it was a finalist for the American Bar Association’s Silver Gavel Award and was shortlisted for Phi Beta Kappa’s Ralph Waldo Emerson Book Award.

Upon Professor Driver’s arrival in New Haven, the Yale Law Report sat down with him to discuss The Schoolhouse Gate’s contributions to legal scholarship. 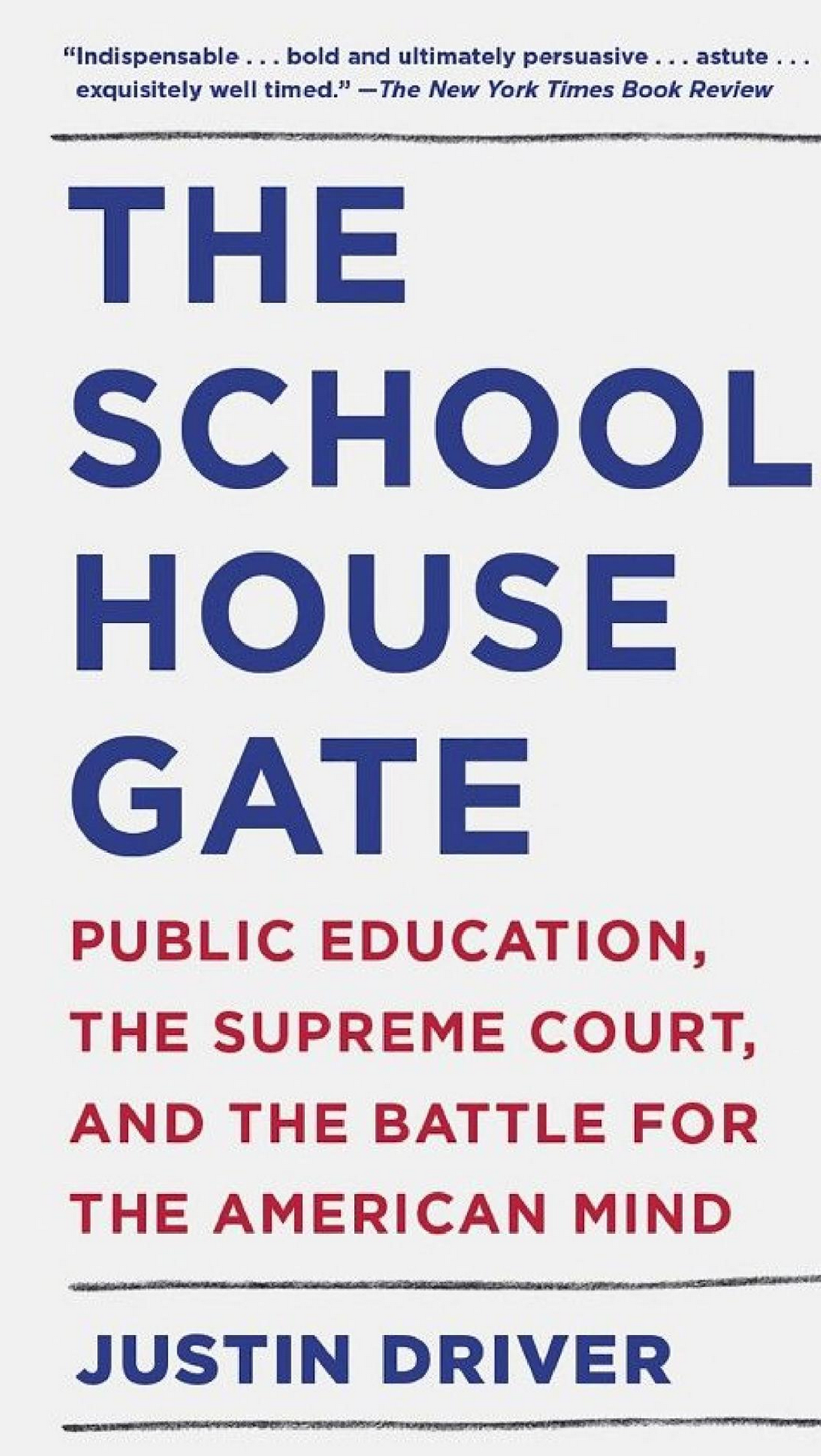 Q: What are the central aims of The Schoolhouse Gate?

JD: At its heart, The Schoolhouse Gate analyzes the intersection of two vital American institutions: the public school and the Supreme Court. I argue that it is impossible to understand either institution without contemplating the other. In fleshing out this claim, the book provides a panoramic view of students’ constitutional rights — including matters involving freedom of speech, due process, equal protection, cruel and unusual punishment, criminal procedure, free exercise, and the Establishment Clause. After stepping back to take in the wide array of contentious instances where the Court has evaluated students’ rights, it becomes possible to appreciate that the public school is the nation’s most significant site of constitutional interpretation. I seek to reinvigorate the field of education law, and — more broadly — to transform dominant understandings of the Supreme Court’s role in American society.

Q: How have the courts changed and influenced public schools?

JD: One of the book’s primary goals is to demonstrate how the Supreme Court’s education decisions have successfully vindicated students’ constitutional rights, even though majorities bitterly opposed those rights being protected. Recovering the Court’s counter-majoritarian capacity pushes against modern scholarly sensibilities, as many distinguished constitutional theorists express profound doubts about both the ability and the wisdom of the Court seeking to safeguard minority rights. Consider two prominent examples of the judiciary successfully swimming against the tide of public opinion. First, in 1969, Tinker v. Des Moines Independent Community School District protected student speech in the context of protests against the Vietnam War. Writing for the Court, Justice Fortas — in a passage that supplied the title for my book — proclaimed: “It can hardly be argued that . . . students . . . shed their constitutional rights . . . at the schoolhouse gate.” But, in fact, contemporaneous polling data indicated that most Americans thought students should not enjoy free speech rights. Second, in 1982, Plyler v. Doe invalidated a Texas measure that sought to exclude unauthorized immigrants from public schools. While Texas was the first state in the nation to adopt such a statute, we know very well today that many other states would have followed suit — had the Court not effectively interred the movement. As a result, many children across the nation have been able to receive an education who otherwise would have been denied one. Tinker and Plyler v. Doe thus challenged prevailing conceptions, and in so doing shaped current realities. In this sense, education decisions have influenced not only American public schools, but America itself.

Q: Are there any cases on the horizon that you are following that may have an impact on the landscape of public education?

JD: There are two major issues that the Supreme Court seems poised to settle that I address in The Schoolhouse Gate. First, sooner or later, the Court will decide whether transgender students have the right to use restrooms that are congruent with their gender identities. Although lower courts initially resolved these cases on a statutory basis, lower courts are now considering these claims under the Equal Protection Clause. Second, I hope that the Court will agree to reconsider Ingraham v. Wright, its 5-4 decision from 1977 that refused to rein in even egregious inflictions of corporal punishment in schools. Although many people now believe that the practice no longer exists, I am sorry to report that teachers and school administrators continue to strike students with foreign objects in more than 15 states, most prevalently in the deep South. Students are the sole remaining group of people who government officials may hit with impunity. If I have any single ambition for The Schoolhouse Gate, I hope it elevates the salience of this archaic practice, and persuades the Court to abolish it.