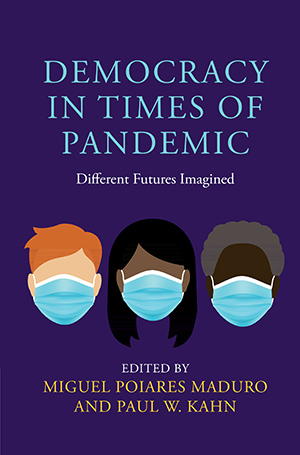 In their new book, Democracy in Times of Pandemic: Different Futures Imagined (Cambridge University Press), Professor Paul W. Kahn ’80 and coeditor Miguel Poiares Maduro, of the European University Institute, approach COVID-19 as a case study through which to examine the most important challenges to democratic governance today.

Kahn and Maduro bring together some of today’s most creative thinkers. The 18 contributors to the volume represent a range of disciplines, including law, politics, philosophy, religion, and sociology. The essays consider fundamental issues of power, knowledge, and citizenship. The writers use the pandemic to take up new problems of democratic leadership, solidarity, populism, and globalization.

Kahn and Maduro bring order to the diversity of approaches and subjects in the volume by including a coauthored introduction that charts the democratic challenges raised by the pandemic. Kahn also offers an independent essay on democratic sacrifice. Also included in the volume are essays by Henry R. Luce Professor of Jurisprudence Samuel Moyn and Columbia Law School Professor David Pozen ’07. 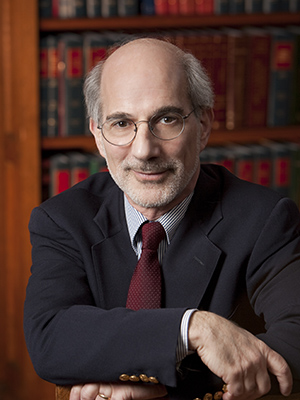 Maduro was the founding Director of the School of Transnational Governance of the European University Institute in Florence where he is currently a Professor. He has been Advocate General at the European Court of Justice and a Government Minister in Portugal.

Professor Kahn is the Director of the Orville H. Schell, Jr. Center for International Human Rights at Yale Law School and teaches in the areas of constitutional law and theory, international law, cultural theory and philosophy.