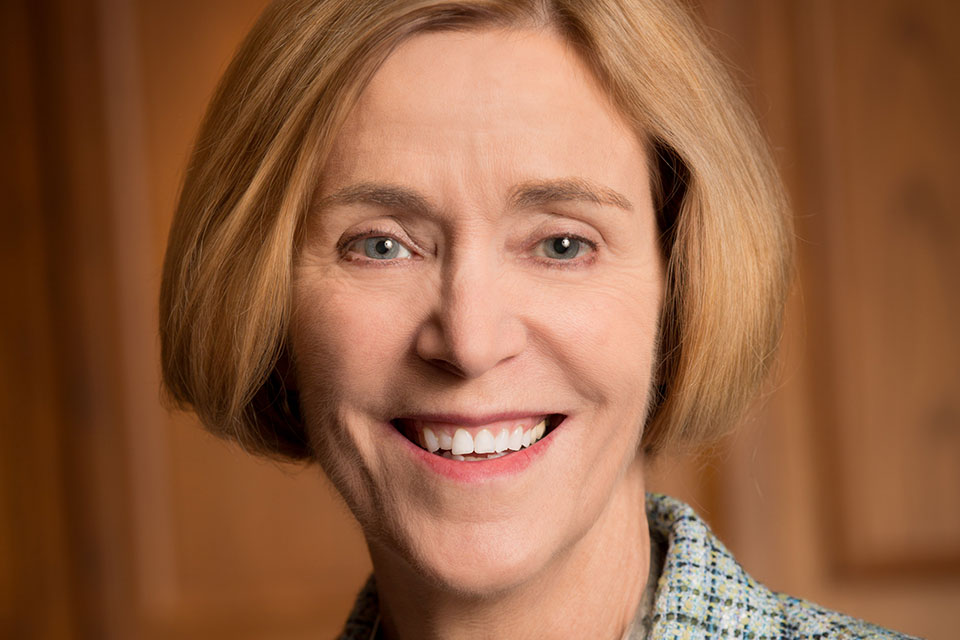 The Connecticut Bar Association (CBA) presented Kate Stith with the 2018 Tapping Reeve Legal Educator Award on April 12, 2018. The award is presented to educators who have made significant contributions to the cause of legal education over a period of years and have distinguished themselves as a legal educator of the highest quality.

The award was presented at the CBA’s annual “Celebrate with the Stars” awards ceremony in April at the Aqua Turf Club in Plantsville.

Kate Stith is the Lafayette S. Foster Professor of Yale Law School, where she teaches and writes in the areas of criminal law, criminal procedure, constitutional law, sentencing, and prosecutorial ethics. Professor Stith joined the Yale Law School faculty in 1985 and has served as deputy dean and acting dean of the law school. Prior to joining the faculty at Yale, Professor Stith was an Assistant United States Attorney for the Southern District of New York, where she prosecuted white-collar and organized-crime cases. A graduate of Dartmouth College, the Kennedy School of Government, and Harvard Law School, she clerked for Judge Carl McGowan of the U.S. Court of Appeals for the District of Columbia and for Supreme Court Justice Byron R. White.

“At Yale, Kate’s devotion to students is renowned,” said Yale Law School Dean Heather K. Gerken. “Since 1985, she has guided generations through law school and beyond. Her students have described her as inspiring, knowledgeable, and brilliant.”

“Kate Stith is a respected teacher and scholar. Her focus on criminal procedure and sentencing guidelines are particularly relevant at a time when there is an active national conversation on criminal reforms,” said Karen DeMeola, president of the CBA. “As lawyers, members of the CBA have a particular interest in maintaining the rule of law and protecting the liberty of all Americans. Professor Stith's work embodies those values and should be recognized.”