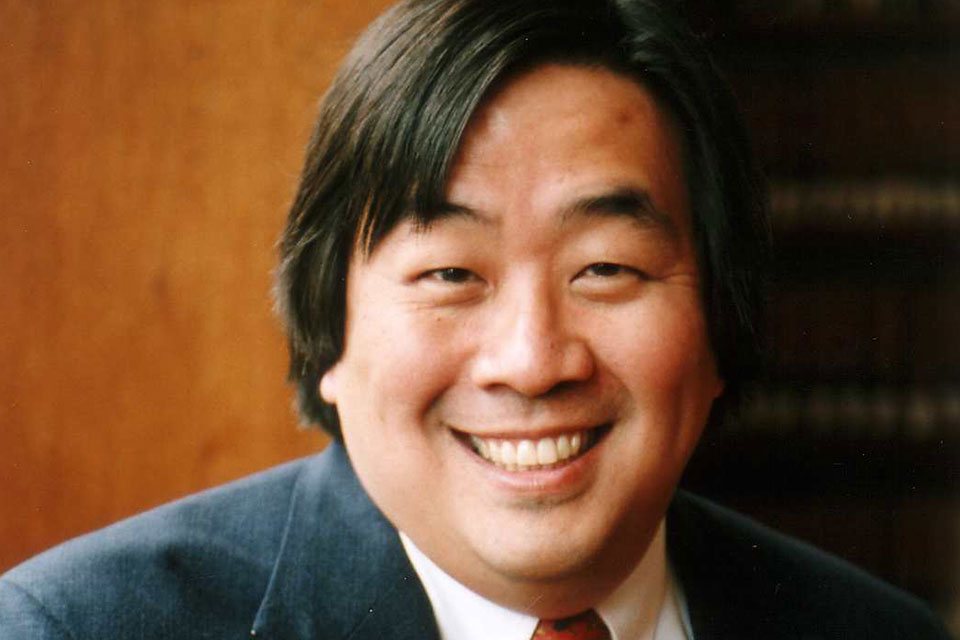 Koh argues that Trump’s “America First” foreign policy is not “winning” at the international level. Rather, Trump’s repeated efforts to weaken, or entirely disengage, the deep-seated connections between domestic and global governance “has thus far proven largely ineffective.”

The Trump Administration and International Law supports this claim by surveying immigration and refugee law, human rights, climate change, denuclearization, trade diplomacy, relations with North Korea, Russia and Ukraine, America's "Forever War" against Al Qaeda and the Islamic State, and the ongoing tragedy in Syria. Koh's sweeping tour d’horizon illustrates the various techniques that players in what he calls the “transnational legal process” have used to blunt the harmful implications of Trump's early international initiatives.

Koh has long described a “transnational legal process” in his academic writings and in his extensive clinical work with other Yale Law School faculty since the 1990s, most recently in the Rule of Law Clinic at Yale Law School. The transnational legal process contains resilient self-defense mechanisms that prevent easy disruption. Because the United States has become so deeply enmeshed with the laws, norms, and institutions of international law that constitute the post-war global order, Trump cannot so easily derail the processes of these pre-existing networks, even as he tries to disrupt them. This transnational legal process, Koh argues, has thus far served as a “counter-strategy” to contain and mitigate any damage that Trump might inflict.

As one example, Koh details how Trump attempted to roll back human rights advances on torture. On the campaign trail Trump spoke repeatedly about reinstating torture, and shortly after his election, the press released a draft national security executive order outlining its implementation. However, Congress has repeatedly forbidden torture in both treaty and statute, and those in Trump’s administration had previously pledged to continue its ban. Thus far, the government has never issued the torture order and senior officials have upheld the torture ban. To this point, Trump’s efforts have failed, Koh concludes, because international human rights norms had been internalized to the point that officials in Trump’s administration have pushed back, preserving this guardrail.

As Koh describes it, transnational legal process as a counter-strategy is not a passive, self-correcting mechanism, but requires intentional collective action if it hopes to remain intact beyond Trump. Koh outlines an “inside-outside” strategy for those who would join in the effort to resist the damage to international law worked by Trump’s broad global agenda: actors both external and internal to the government must “engage-translate-leverage” their power: i.e., work synergistically to maintain commitment to constructive foreign policy engagement, hold Trump accountable to the letter and spirit of existing laws and international agreements, and to leverage legal approaches into enduring policy solutions.

Koh admits that this is not an optimal political state of affairs — nonetheless he demonstrates how this counter strategy can prevent serious damage, and, through the concentrated effort and determined purpose of political allies, bequeath to a post-Trump world a situation that remains curable.

Ultimately, Koh argues, Trump’s actions are as much symptom as cause of a larger struggle over competing visions of global order. With the global rise of populist authoritarian governments and the global challenge to human rights and the rule of law, America’s actions take on greater significance and urgency. Koh reminds, “[T]he example America sets over the next few years will be very closely watched,” and its response to this global struggle will profoundly shape the future of global order. While the struggle may be exhausting, he argues, the high stakes of this struggle, and its broader implications for the future of global governance make this counter-strategy both worthwhile and necessary.

To celebrate its revamped website and the book’s publication, Opinio Juris hosted a two-week symposium on the book with contributions from scholars. At the end of the symposium, the site featured Koh’s responses to the 13 commentators.

Professor Koh is one of the country’s leading experts in public and private international law, national security law, and human rights. This is the tenth book he has authored or co-authored. He first began teaching at Yale Law School in 1985 and served as its fifteenth Dean from 2004 until 2009. During that time, he has co-founded and led Yale Law School’s Lowenstein International Human Rights Clinic, the 9/11 Clinic, and today’s Rule of Law Clinic. From 2009 to 2013, he took leave as the Martin R. Flug ’55 Professor of International Law to join the State Department as Legal Adviser, service for which he received the Secretary of State's Distinguished Service Award. From 1993 to 2009, he was the Gerard C. & Bernice Latrobe Smith Professor of International Law at Yale Law School, and from 1998 to 2001, he served as U.S. Assistant Secretary of State for Democracy, Human Rights and Labor.