Q&A: Lexi Smith ’22 on the Promise and Peril of Geoengineering 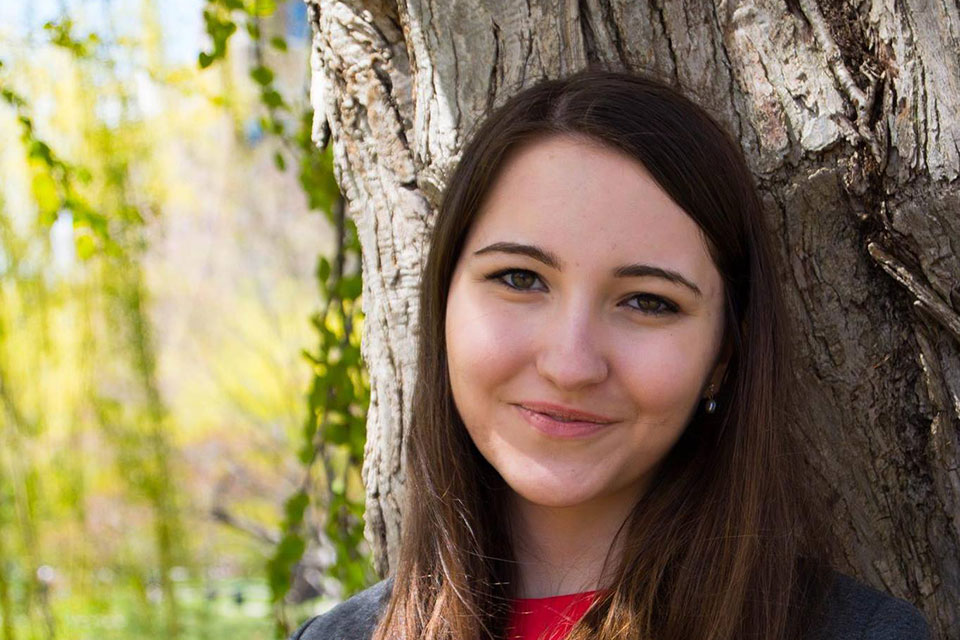 Lexi Smith ’22 is a Law, Ethics & Animals Program (LEAP) Student Fellow and a second-year student at Yale Law School, where she is on the boards of the Yale Animal Law Society and the Yale Environmental Law Association. After graduating from Harvard College with a B.A. in environmental science and public policy, she worked as an advisor to Mayor Marty Walsh at the City of Boston, where she helped update the City’s Climate Action Plan, launch its Community Choice Energy program, and expand its food waste composting efforts. As part of LEAP’s Advanced Climate, Animal, Food, and Environmental Law and Policy (CAFE) Lab, she is currently researching the use of cost-benefit analysis on potential geoengineering projects. She is particularly interested how such analyses fail to account for the value of biodiversity. LEAP Editorial Associate Jack McCordick B.A. ’22 spoke with Smith about her work with the CAFE Lab.

Before you came to Yale Law, you wrote your undergraduate thesis about public opinion on solar geoengineering. What made you interested in geoengineering, and what did you discover while doing your thesis?

I learned about geoengineering for the first time in a class during my freshman year of college, and I thought it raised fascinating ecological and ethical questions. I focused on a type of geoengineering called stratospheric aerosol geoengineering, which involves spraying particles into the atmosphere to reflect sunlight away from the earth’s surface and counteract some of the warming effects of climate change. But it’s very risky: it involves complex climate systems that we don’t fully understand, and it doesn’t offset other climate change effects like ocean acidification. There’s also a lot of concern about moral hazard — the fear that research into solar geoengineering could reduce our commitment to actually cutting emissions — and about “unknown unknowns,” since we wouldn’t have an opportunity to fully test the technology other than on a global scale.

My undergrad thesis tried to figure out a way to democratize the governance of geoengineering technology. Right now, it’s a pretty small group of climate scientists, physicists, and political scientists who work on the issue, and so I thought it would be interesting to try to figure out what regular people think about it. And that was challenging because most people don’t really know anything about geoengineering, so I had to both explain what it is in as neutral a way as possible and then try to collect people’s thoughts about it. I went to a variety of experts with different perspectives and tried to make my presentation as neutral as it could be, and then I hosted deliberative workshops with small groups of people from the Cambridge, Massachusetts area. The participants were more receptive to the technology than I expected. My own initial reaction when I first learned about geoengineering was terror, and so it was interesting to find that my study participants, once they had heard about it, were more open to geoengineering than I had predicted.

One of the interesting conclusions of your undergrad thesis is that you didn’t find evidence of moral hazard where you might have expected to. Why do you think that happened?

Many people who study geoengineering are pretty climate-oriented, so they are already likely to be very serious about emissions mitigation. They might therefore be wary of the possibility of geoengineering circumventing that hard but necessary work. When people who haven’t thought about climate that much hear about geoengineering, their first impression might be, “Wow, if people are considering doing something this extreme and this risky, climate change must be very serious and maybe we should get serious about mitigation.” I don’t know for sure if that’s why I didn’t find much evidence of moral hazard, but that’s my working theory.

Your project this semester for LEAP’s Advanced CAFE Lab is also about geoengineering. Can you tell us what you’ve been doing?

The research I’m doing now for the CAFE Lab is a little more abstract than my thesis. It’s looking at economic analysis — and in particular, cost-benefit analysis — because if geoengineering were eventually to be deployed, it’s likely that government officials and policymakers would use cost-benefit analysis to assess the technology’s risks. There’s an office in the White House called the Office of Management and Budget and it conducts cost-benefit analyses of basically every major executive agency project. Many scholars have critiqued cost-benefit analysis (CBA) from an environmental perspective. CBA often doesn’t capture broader ethical questions about our relationship to the environment. CBA also really struggles to value biodiversity, and often discounts the value of future generations. So, there are a lot of issues at play that are especially interesting when assessing the deployment of geoengineering.

What made you interested in looking at cost-benefit analysis specifically? And are there any specific geoengineering projects that you’re looking into?

Deploying geoengineering is still a long way off. The technology is in pretty early stages, and some of the first outdoor experiments on a very small scale are just starting to happen. There’s a lab at Harvard working on an outdoor testing project called the Stratospheric Controlled Perturbation Experiment. But I don’t think there’s anyone in government, at least to my knowledge, who is seriously thinking about deploying geoengineering in the near term. So, in some ways my research is a hypothetical exercise analyzing a decision we will need to make in the future.

In terms of what made me interested in cost-benefit analysis, I was already skeptical of certain aspects of environmental economics. The statistical valuation of lives, for instance, has a lot of concerning ethical implications. I took environmental economics as an undergrad, and came away feeling morally queasy about some of the analysis we were conducting. When I came to Yale, I got to work with Professor Doug Kysar, who has written a lot of scholarship questioning the philosophical underpinnings of cost-benefit analysis, and the CAFE Lab gave me a chance to delve into that work a little bit more.

There have been a lot of cost-benefit analyses of geoengineering that justify potentially deploying the technology, and so I was hoping to delve into those, examine how they were valuing biodiversity, and critique their valuation methodology if warranted. But what I found was perhaps more disturbing — many economic models of geoengineering are based on something called the DICE (Dynamic Integrated Climate-Economy) model, which is a Nobel Prize-winning climate model developed by Yale economist William Nordhaus. The model doesn’t account for biodiversity at all. DICE has a lot of other flaws too, like accounting for the risks of climate change in a linear way, rather than accounting for tipping points and more extreme risks, which as we know are some of the most concerning and potentially devastating consequences of climate change.

The recent research you mentioned looks at termination shock, which means that if we suddenly stopped a geoengineering project, all of the warming that would have happened in its absence would suddenly happen even more quickly than in an unmitigated climate change scenario. Humans are relatively adaptable, so while there would certainly be human loss in that scenario, the sudden change could be even more devastating for animals. This is true particularly in the tropics, where you have a lot of species that are highly adapted to a certain temperature range and a certain set of ecological circumstances that would be disrupted by sudden climate changes.

After doing these research projects, are you more hopeful about the prospect of geoengineering? Or have you become more cautious?

Particularly when I was doing my undergrad thesis, I went back and forth often. The scientists working on the technology were incredibly thoughtful and painfully aware of the risks of geoengineering, but they felt it was something we’re morally obligated to explore given that it could potentially alleviate tremendous suffering. That view is very compelling. But over time, I’ve become more skeptical. I worry most about the corporate interests and political movements that would be incentivized to misuse geoengineering as a means of avoiding climate mitigation. The potential for international political conflict, and secrecy around deployment that could follow, is also scary. So even if the science itself is sound, there are so many human risks at play that make me deeply uncomfortable with geoengineering. On a more philosophical level, I also wonder if there’s hubris involved. The climate crisis came about because of human meddling in a climate system we did not fully understand, and geoengineering seems like a continuation of the same attitude toward our planet.

Finally, how has being a part of LEAP and the CAFE Lab impacted your time at YLS and your future ambitions?

I knew I was interested in animal law issues coming into law school, but it’s been wonderful to have a community of people committed to the same goals and interested in the same issues. I’ve really enjoyed being involved with LEAP. And the CAFE Lab was a fantastic and unique opportunity because you’re given free rein to come up with your own policy or litigation intervention that addresses climate, animal, food, and/or environmental issues. My team came up with a litigation proposal to try to stop the expansion of Concentrated Animal Feeding Operations in Pennsylvania. Law school can often feel a little abstract — you’re learning about very complex doctrines that are often removed from the substantive issues that they govern — so getting a chance to have a real-world impact right now, rather than 10 years from now when you’re established in your legal career, was a meaningful experience.