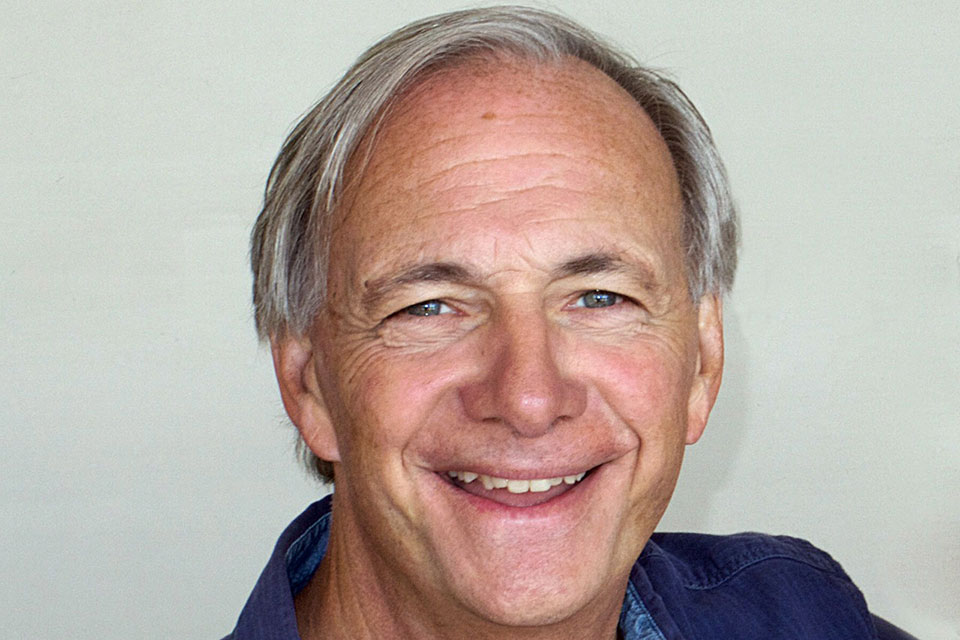 Dalio’s lecture is titled, “Principles for Navigating Big Debt Crises.” His book of the same name explains how an archetypal big debt cycle operates and how to navigate this cycle as investors and policymakers, with in-depth descriptions of the 2008 financial crisis, the deflationary Great Depression in the 1930s and the inflationary 1920s crisis in Weimar Germany. Dalio also examines other big debt crises from the last 100 years, showing how his navigation template applies to each.

Dalio started Bridgewater Associates out of his two-bedroom apartment in New York in 1975; it is now a global leader in institutional portfolio management and the fifth most important private company in the U.S. (according to Fortune magazine). Dalio has been called the “Steve Jobs of Investing” by CIO Magazine and Wired Magazine, and has been named one of TIME Magazine’s 100 Most Influential People.

In addition to Principles for Navigating Big Debt Crises, Dalio has authored The New York Times bestseller Principles, which outlines his principles for work and life, and which details Bridgewater’s focus on creating “meaningful work and meaningful relationships through radical truth and radical transparency.” In November 2019, Dalio released Principles for Success, which distills his Principles into an illustrated novel for all ages. He is currently working on his fourth book, which will outline his investment principles.

Dalio graduated with a B.S. in Finance from C.W. Post College in 1971 and holds an M.B.A from Harvard Business School. He has been married to his wife, Barbara, for more than 40 years and has four grown sons. He is an active philanthropist with a special interest in ocean exploration, microfinance, and equal educational opportunities for underprivileged youth.

The Judge Ralph Winter Lectureship on Corporate Law and Governance was established by former law clerks and students of the Hon. Ralph Winter, under the auspices of the Yale Law School Center for the Study of Corporate Law, to support lectures on corporate law and governance and related topics. The inaugural lecture took place in the Fall of 2005.

Judge Ralph K. Winter, Jr. ’60, Senior Judge on the U.S. Court of Appeals, 2nd Circuit, was the William K. Townsend Professor of Law at Yale Law School at the time of his appointment to the bench in 1982, and continued to teach at the Law School part-time until 2014. The lectureship commemorates Judge Winter’s extraordinary influence as a corporate law scholar and distinguished career as a jurist.

The lecture is open to the Yale community; as space is limited, those interested in attending should RSVP by Thursday, January 23, 2020.