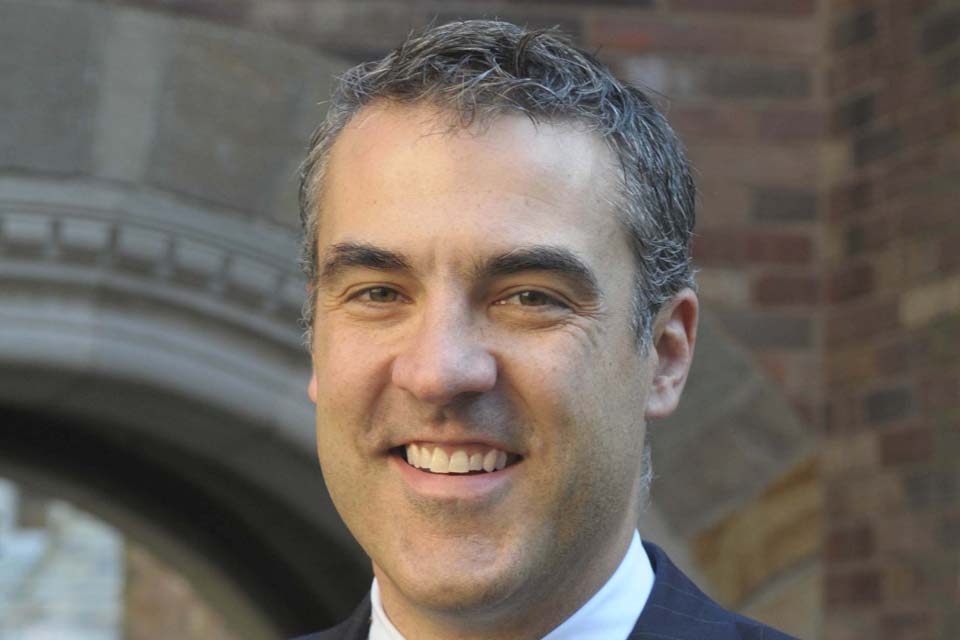 For a century, a manuscript by Francis Lieber, political theorist and legal adviser to Abraham Lincoln, lay lost in the recesses of the National Archives — until it was discovered by Allen H. Duffy Class of 1960 Professor of Law John Fabian Witt ’99 and Will Smiley ’14. 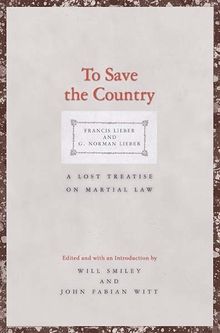 Drafted by Lieber and his son, G. Norman Lieber, the manuscript grapples with the use of emergency powers during the Civil War and with the role of law and emergency constitutionalism more generally. Smiley and Witt also found a previously unknown fragmentary edition of General Orders No. 100, Lincoln’s 1863 instruction to Union soldiers in 1863 dictating conduct during wartime, annotated in Francis Lieber’s hand.

The two manuscripts are collected in a new book edited by Smiley and Witt, To Save the Country: A Lost Treatise on Martial Law (Yale University Press).

The manuscript found by Smiley and Witt was started by Francis Lieber and expanded after the war, but remained disorganized after his death in 1872, “more a collection of arguments and insights than a coherent text,” according to the editors. Lieber’s son Norman, who served as Judge Advocate General and as the chair of the law department at West Point, worked on it further. At some point, Norman put away the manuscript. He died in 1923. The manuscript ended up in the papers of the Judge Advocate General.

For the Liebers, the Civil War was intensely personal. Francis Lieber’s oldest son fought for the Confederacy while his two younger sons, including Norman, joined the United States Army. Lieber himself gave a series of lectures on the laws of war at the newly-founded Columbia Law School – lectures that were reprinted in the New York Times.

In late 1862, the Lincoln administration asked Lieber to restate the entirety of the laws of war in a concise package, which he did in a pamphlet of 157 articles discussing the law of occupation, the treatment of prisoners of war, the prohibition of poisons and torture, the treatment of enslaved persons and black soldiers, and much more. The pamphlet soon became known as the Lieber Code and was signed under Lincoln’s own signature as U.S. Army’s General Orders No. 100. Later, it helped form the basis for multilateral treaties on the laws of war, starting with the 1899 Hague Convention.

“The Liebers’ Civil War experience helped them see how the constitutional norms of the republic…would shape and condition the ways in which emergencies play out in constitutional democracies,” write Smiley and Witt in their introduction to the Liebers’ work.

According to Smiley and Witt, the newly found manuscripts “substantially revise the tradition of American thinking about moments of emergency.” Influenced by John Locke, the Liebers argue in their writing on martial law and emergencies for a continuation of the fierce mandate set out in Article 5 of General Orders No. 100: “To save the country is paramount to all other considerations.” But the manuscripts add a powerful constraint: the public reason of the country’s constitutional order. To violate the basic reason of the republic was not to save the country at all, but to destroy it. The result was a fierce and distinctive liberalism that the Liebers believed had proven itself up to the task of governing in a time of grave crisis.

The Liebers’ work offers new ways of thinking about moments like Lincoln’s famous July 4, 1861 speech to a special session of Congress. Their insights also reverberate into the age of the laws of terrorism.

Their theory urges a middle path of restraint while authorizing the power necessary to respond to the crisis at hand. According to Smiley and Witt, “the Liebers’ theory reaches out like a bridge to a constitutional world simultaneously very different from, and powerfully similar to, our own.”