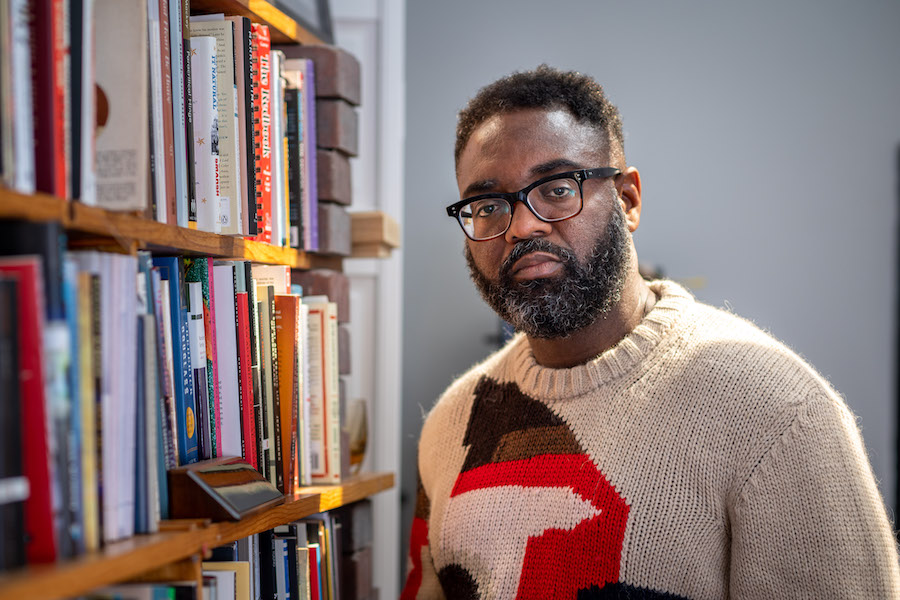 Senior Liman Scholar Reginald Dwayne Betts ’16, who is also a Visiting Clinical Lecturer in Law and a former Liman Fellow, was named a 2021 MacArthur Fellow on September 28, 2021. In his roles as poet and as lawyer, Betts works to respond to and recognize the needs and rights of people who are or who have been incarcerated.

“Through his profoundly moving poems, public defense work, and advocacy efforts, Betts provides a unique perspective on the lifelong impacts of incarceration and the injustice of a criminal justice system that relies so heavily upon it,” the MacArthur Foundation said in its announcement.

As a Liman Law Fellow in 2016, Betts worked at the New Haven Public Defender’s Office to lower the number of teenagers whose charges are adjudicated in criminal court and who end up with felony convictions. Currently a Senior Liman Scholar, he is co-teaching the Liman class Research for Reform and collaborating with students on projects including Rethinking Parole and Clemency and Incarceration Liens. He is the Founding Director of Freedom Reads, which provides people in prison with increased access to books and authors.

“Dwayne Betts is remarkable in his commitment to help the many people he knows who are currently spending time behind bars,” said Arthur Liman Professor of Law Judith Resnik, Liman Center Founding Director. “He mixes keen insights with a broad perspective of the need for change and the many steps that can be taken, in the here and now, to buffer against some of the harms of confinement.”

Betts is the second Liman Fellow to receive a MacArthur award. In 2019, Lisa Daugaard ’95, a Liman Fellow in 1998, was named a MacArthur Fellow for developing alternative approaches to policing and law enforcement practices to improve outcomes for people who struggle with substance use disorder and mental illness.

“Lisa Daugaard has spent decades trying to find ways to keep people out of detention,” Resnik said. “I am lucky to know and work with Dwayne and Lisa, both of whom are richly deserving of the MacArthur Fellowship.”

Betts and Daugaard are part of a group of some 150 former Liman Fellows who contribute in a myriad of ways to mitigating some of the many injustices around us, Resnik said. “Learning from and with the diverse group of Liman Fellows — current and past — is the joy of being the Arthur Liman Professor and of being part of the Liman Center,” she added.

The Arthur Liman Center for Public Interest Law promotes access to justice and the fair treatment of individuals and groups seeking to use the legal system. Through research projects, teaching, fellowships, and colloquia, the Liman Center supports efforts to bring about a more just legal system.