The Rise of Law and Economics

In his new book, The Rise of Law and Economics, Edward J. Phelps Professor of Law and Economics George L. Priest explains the origins of the field of law and economics and its early sources of growth. Tracing the development of the field from its formative period in the early twentieth century through the founding of the American Law and Economics Association in 1991, Priest suggests the field emerged as the most powerful and most defensible method for implementing the functional conception of law. Priest’s analysis of the field’s early years reveals how it came to influence both academic and governmental understandings of the rule of law.

Priest begins by identifying how the Great Depression and New Deal legislation signaled a shift in the understanding of law from a mechanism to define rights to a tool to enhance the welfare of society. Chapters in 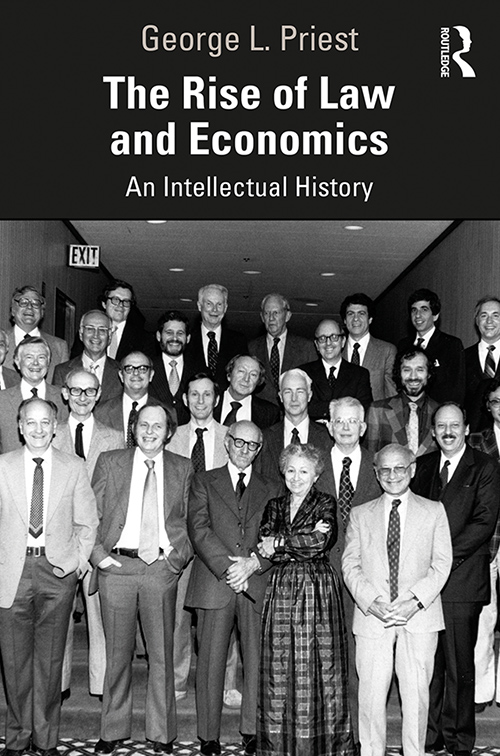 the book include examinations of the intellectual founders of the field: Aaron Director and Ronald Coase, professors at the University of Chicago Law School and Editors of the Journal of Law and Economics; Richard Posner, also a professor at the University of Chicago Law School and a former U.S. appeals court judge; Yale Law School’s Sterling Professor Emeritus of Law Guido Calabresi ’58, whose early work on accident law helped to move the field to include torts, contracts, and property; Robert H. Bork, also of Yale; and Henry Manne. Together, Priest shows how these scholars profoundly shaped the conceptions of the operation of law at the heart of the field of law and economics.

A blend of historical and legal analysis, The Rise of Law and Economics is a brief and helpful introduction to the beginnings of an influential field, written by one of the leading experts on law and economics. Priest, the Edward J. Phelps Professor of Law and Economics at Yale Law School, has focused his research over the past two decades on antitrust, the operation of private and public insurance, and the role of the legal system in promoting economic growth. He is co-director of the John M. Olin Center for Law, Economics and Public Policy, which facilitates the scholarly work of the Yale law and economics faculty and supports student interest and research in the field.