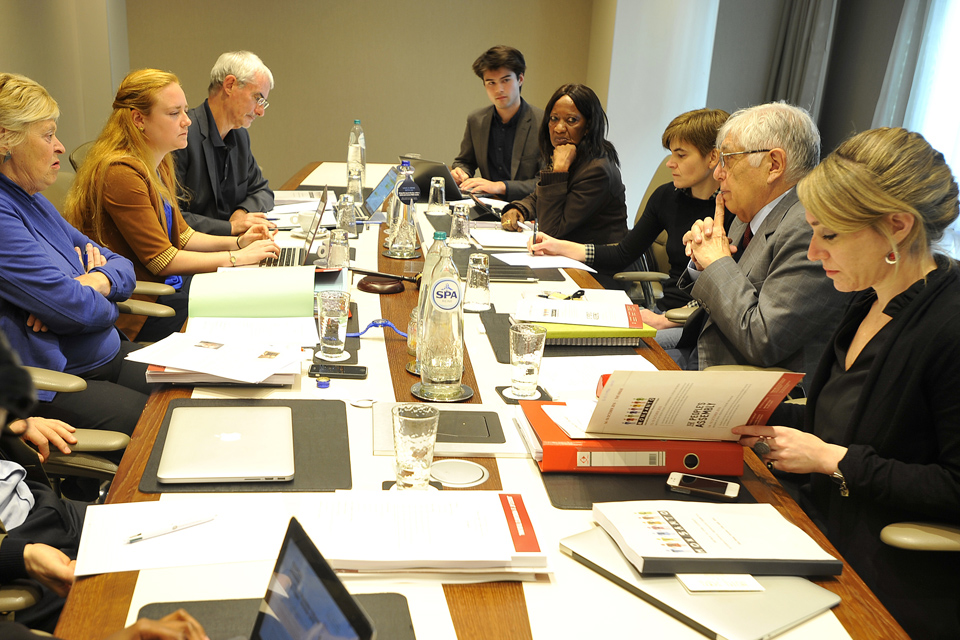 Students from the Environmental Protection Clinic recently traveled to The Hague, Netherlands to attend the Monsanto Tribunal, an international civil society initiative aimed at holding the agrochemical company Monsanto accountable for alleged human rights violations, crimes against humanity, and for ecocide.

Aubrey Jones ’18, McKenna Cutler-Freese ’18, Lun Ou (Yale FES ’17), and William Liang (Yale College ’17) attended the Tribunal along with approximately 750 other participants representing 30 nationalities from all over the world. The event was held at a local University near The International Court of Justice (ICJ). Monsanto was invited to participate, but declined and released an open letter denouncing the tribunal.

While there was no legally binding outcome of the tribunal, it sought to address key questions such as whether Monsanto violated, by its activities, the right to a safe, clean, healthy and sustainable environment, as recognized in international human rights law. Other questions included whether the past and present activities of Monsanto constituted a crime of ecocide, understood as causing serious damage or destroying the environment. Students from the clinic teams were responsible for preparing legal reports on these two questions. These reports were submitted to the judges, who will issue their advisory opinion based on the reports and testimony of witnesses. The hope of the organizers of the event is that the initiative will help advance the international human rights law and humanitarian law.

Although the crime of ecocide is not currently recognized under international law, proponents of ecocide seek to include it as a “fifth international crime against peace” in the Rome Statute which governs the International Criminal Court.

In preparing their legal reports, the Environmental Protection Clinic team worked following terms of reference proposed by Olivier De Schutter, a leading legal scholar of food systems and human rights and one of the organizers of the Tribunal. De Schutter was the U.N. Special Rapporteur on the Right to Food from 2008-2014. He was a keynote speaker at the Yale Food Systems Symposium last year and is currently teaching courses on human rights and the political economy of hunger as a visiting professor at Yale Law School.