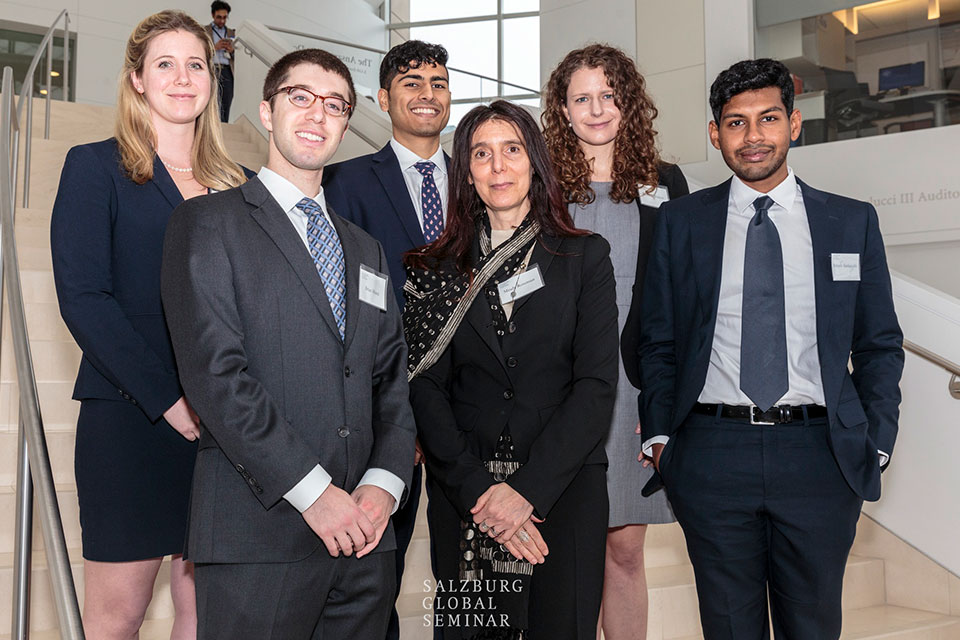 Students from Yale Law School were selected to join their peers from 10 other leading U.S. law schools in Washington, D.C. last weekend to explore the future of public and private international law at the sixth annual Salzburg Cutler Fellows Program.

On February 23-24, the Cutler Fellows engaged with prominent legal professionals and public servants, including Diane Wood, Chief Judge of the 7th Circuit Court of Appeals; William H. Webster, former FBI and CIA director; and Ivan Šimonović, the United Nations Assistant Secretary-General and Special Adviser of the Secretary-General on the Responsibility to Protect.

At the end of this year’s program, Stephen L. Salyer, Salzburg Global Seminar President and co-founder of the Lloyd N. Cutler Center for the Rule of Law, announced the opportunity for students to submit applications to travel to Salzburg, Austria—the home of Salzburg Global Seminar—in May 2018 to serve as rapporteur at this year’s high-level meeting of the Public Sector Strategy Network.

“This program is unlike anything else in the world, and beyond what even the top law schools can offer,” said William W. Burke-White, Penn Law’s Richard Perry Professor and Faculty Chair of the Salzburg Cutler Fellows Program. “The Fellows interact closely with top specialists in their fields of interest and scholarship, and gain access to a lasting network of peers and mentors.”