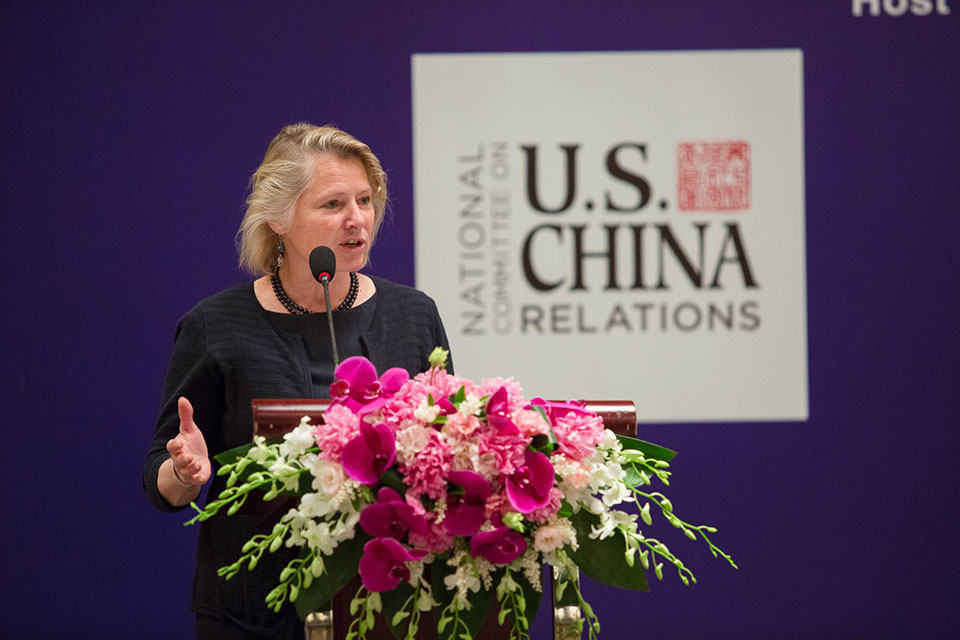 Susan Thornton, a Senior Fellow at the Paul Tsai China Center, gave the annual Barnett-Oksenberg Lecture on Sino-American Relations in Shanghai on May 15, 2019.

Her lecture, “Prospects for Co-evolution in Sino-American Relations,” addressed the current tensions between China and the U.S.

“Today, U.S.-China relations are caught up in this vortex of mutual insecurity and recrimination,” Thornton said in her remarks.

Thornton also raised possibilities for long-term shared progress between the two countries. “To devise a policy that would allow for more productive U.S.-China relations, I think we would need to see clearly what it is that each country, what each side wants. Or maybe, more appropriately, what each side needs,” she said.

The lecture, in its 12th year, is the first and only ongoing lecture series on U.S.-China relations that takes place in mainland China. It aims to allow a frank discussion of the issues affecting the two countries.

Thornton was Acting Assistant Secretary for East Asian and Pacific Affairs at the Department of State during the first 18 months of the Trump administration. Prior to her departure, Thornton led East Asia policy-making amid crises with North Korea, escalating trade tensions with China, and a changing environment in the United States for international economic and diplomatic engagement. She was the architect of the diplomatic pressure campaign on the North Korean regime, structured the administration’s initial approach to China, and developed the administration’s trademark Indo-Pacific Strategy.

The annual lecture is co-sponsored by the National Committee on U.S. China Relations and the Shanghai Association of American Studies, with the cooperation of the American Chamber of Commerce in Shanghai.