Included among the more than 200 individuals newly elected to the American Academy of Arts and Sciences are Walton Hale Hamilton Professor of Law Tracey L. Meares and Senior Research Scholar in Law and Truman Capote Fellow Emily Bazelon ’00. The Academy announced the election of its new members on April 17, 2019. 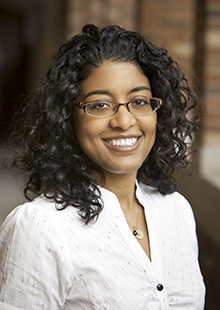 “One of the reasons to honor extraordinary achievement is because the pursuit of excellence is so often accompanied by disappointment and self-doubt,” said David W. Oxtoby, the president of the American Academy of Arts and Sciences. “We are pleased to recognize the excellence of our new members, celebrate their compelling accomplishments, and invite them to join the Academy and contribute to its work.” 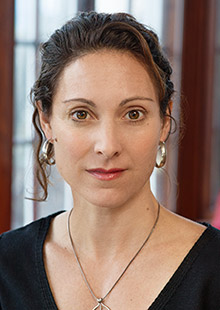 Tracey L. Meares is the Walton Hale Hamilton Professor and a Founding Director of the Justice Collaboratory at Yale Law School. Before joining the faculty at Yale, she was a professor at the University of Chicago Law School from 1995 to 2007, serving as Max Pam Professor and Director of the Center for Studies in Criminal Justice. She was the first African American woman to be granted tenure at both law schools.

Meares is a nationally-recognized expert on policing in urban communities, and her research focuses on understanding how members of the public think about their relationship(s) with legal authorities such as police, prosecutors and judges. In December 2014, President Obama named her as a member of his Task Force on 21st Century Policing. She has a B.S. in general engineering from the University of Illinois and a J.D. from the University of Chicago Law School.

Emily Bazelon is Senior Research Scholar in Law and Truman Capote Fellow at Yale Law School. She is also a staff writer at the New York Times Magazine and author of Charged: The New Movement to Transform American Prosecution and End Mass Incarceration and the national bestseller Sticks and Stones: Defeating the Culture of Bullying and Rediscovering the Power of Character and Empathy. Before joining the Times, Bazelon worked for nine years as a senior editor at Slate. She has been a Soros media fellow, an editor and writer at Legal Affairs magazine, and a law clerk on the U.S. Court of Appeals for the First Circuit. Bazelon is a graduate of Yale College and Yale Law School.

According to the announcement, the Academy was founded in 1780 by John Adams, James Bowdoin, and others who believed the new republic should honor exceptionally accomplished individuals and engage them in advancing the public good.

“While the work of this class includes work never imagined in 1780 — such as cultural studies, cybersecurity, disease ecology, nanotechnology, paleoclimatology, and superconductivity — these members embody the founders’ vision of cultivating knowledge that advances, in their words, a ‘free, virtuous, and independent people,’” said Nancy C. Andrews, the Chair of the Board of the American Academy.

The Academy’s dual mission remains essentially the same 239 years later with honorees from increasingly diverse fields and with the work now focused on the arts, democracy, education, global affairs, and science.

The new class will be inducted at a ceremony in October 2019 in Cambridge, Massachusetts.