Yair Listokin on COVID-19 and the Economy

Yair Listokin ’05, Shibley Family Fund Professor of Law at Yale Law School, answered questions about the interconnected threats of COVID-19 and recession and what law and regulation can do to stimulate the economy without harming public health.

Q. The Federal Reserve has already made significant moves toward stemming a recession. What other options can it exercise to stabilize the economy? 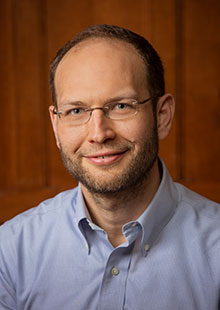 A.  The Fed is mostly out of options that have been authorized by Congress. It cannot lower interest rates, which are already at zero. And the Fed has already committed to purchasing unlimited amounts of Treasury bonds to keep long-term interest rates down. Lowering interest rates and massive bond buying, known as quantitative easing, are historically the Fed’s primary stimulus tools.

But the Fed, like other central banks, has consistently demonstrated that it is willing to stretch its legal limits to the breaking point during periods of economic crisis. The Federal Reserve Act normally forbids the Fed from lending to corporations other than banks. In emergencies, however, the Fed is permitted to act as what is known as a “lender of last resort” to ordinary corporations, so long as the Fed’s loans are protected by adequate collateral. On March 23, however, Fed announced plans to offer unsecured loans with no interest or principal payments for 6 months), without any collateral, to investment grade companies. Unsecured lending to corporations returns the Fed has returned to a dubious strategy it employed during the financial crisis of 2008. Through legal sleight-of-hand, the Fed will lend trillions to “special purpose vehicles,” with the loans “secured” by the unsecured loans the vehicles make to corporations using the capital provided by the Fed. The stimulus bill just passed by Congress essentially ratified the Fed’s strategy, providing over $450 billion in capital to the special purpose vehicles. This is what usually happens when central banks expand their powers during a crisis — the expansion of authority gets ratified by the legislature.

If the Fed is willing to expand the scope of the special purposes vehicle scheme, then it has many more tools available to stimulate. Because the Fed can print money, it can lend trillions through the special purpose vehicles, even though Congress “only” provided roughly $450 billion. Special purpose vehicle lending by the Fed can keep companies alive indefinitely. But I think the Fed should only lend the money appropriated by Congress. If the Fed needs more funding for this unsecured lending program, it should ask Congress for more money rather than using the money printing press. “Bailing out” corporations with cheap loans is the province of Congress via its fiscal powers. Printing money to bail out companies threatens the Fed’s hard-won monetary independence and legitimacy.

Q. You’ve written that actions like the 2017 tax cuts have hampered the tools the federal government now has at its disposal in fighting an economic downturn. How so?

First, the 2017 tax cuts eliminated what are known as tax loss “carrybacks.” These carrybacks enabled companies making losses — of which there will be many this year — to amend their tax filing for last year to reflect this year’s losses. With less tax liability for last year, companies received refund checks from the government — exactly what they needed at a time when cash was scarce. The 2017 elimination of carrybacks means that companies can only “carryforward” tax losses from this year. Carryforwards reduce corporate tax payments next year, but corporations need money now. Getting rid of tax loss carrybacks hampered our ability to fight an economic downturn.

Q. How can law be used to stimulate the economy during the coronavirus pandemic in ways that are consistent with public health measures?

A. Ordinary fiscal stimulus, like the $1,200 checks that will soon be sent to most Americans under the terms of the Congressional stimulus package, is likely to be ineffective or worse. Most of the money is likely to be saved, doing nothing to mitigate the collapse in spending. And the money that is not saved may be spent on activities, like restaurant dining, that interfere with social distancing, harming public health.

Law and regulation are the only tools that can direct spending to channels that do not threaten public health. We therefore need to combine legal mandates that protect public health with funding for those mandates. Consider, for example, the paid-sick leave mandate that Congress passed on March 18. It protects public health by enabling workers feeling ill to stay at home without losing wages, reducing the spread of coronavirus. But it may cause employers to lay off workers before they get sick.

A mix of mandates and fiscal policy is the best response to the unique combination of public health and economic pressures we now face. If Congress had funded the paid sick leave mandate with public money, then public health would be protected at the same time that unemployment was reduced.

Q. What are ways that state and even local governments can take action to mitigate a recession regardless of what happens in Washington?

A. States and local governments face annual balanced budget requirements, and so cannot run deficits to stimulate the economy. As I explain in my new book, however, there are many things states and local governments can do to stimulate the local economy. For example, state utility regulators can hold down utility prices in recessions. The poor spend a disproportionate amount on utilities, and lower utility prices increase their discretionary income and spending — exactly what we need during a recession. If regulators hold down prices in recessions, then they need to allow prices to increase in booms so that utilities earn a fair rate of return over the business cycle.

Another set of policies that I think could be very effective is temporary changes in zoning laws. Housing construction tends to plunge in recessions. To avoid this outcome, housing developers and financiers need a reason not to wait until the recession ends to start new building projects. A temporary loosening of zoning regulations would do the trick. Once shelter in place orders have been rescinded, suppose that California, notorious for its tight zoning rules, passes a law enabling any housing project that puts shovels in the ground over the next year to build larger houses or more units per lot. Developers would suddenly have a unique, fleeting opportunity. If they build now, then they may be able to earn profits that would be unattainable if they wait. This type of incentive, passed at the state level, could be enough to stimulate construction spending, mitigating what might otherwise be a terrible downturn in the sector.