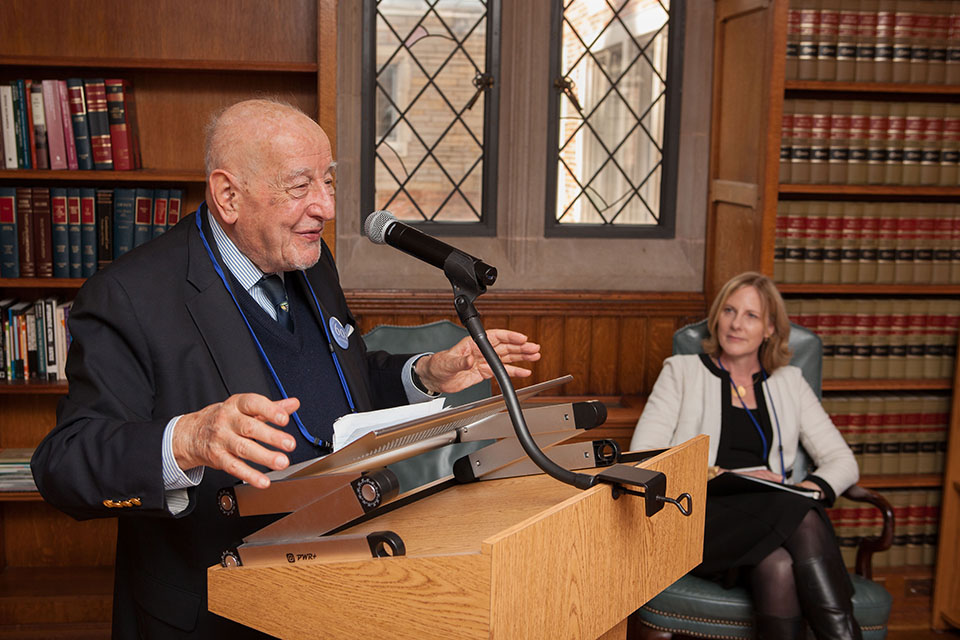 During the 2018 Alumni Weekend, the Law School held a special ceremony to dedicate the faculty lounge in recognition of Judge Guido Calabresi ’58 LL.B.

The Calabresi Faculty Lounge dedication was made possible thanks to a gift from the Class of 1958, Class of 1963, and friends and family of Judge Calabresi. The event opened with Dean Heather Gerken welcoming guests from around the country, followed by a toast from Calabresi’s nephew, Professor Steven Calabresi ’83. It concluded with Judge Calabresi providing remarks. 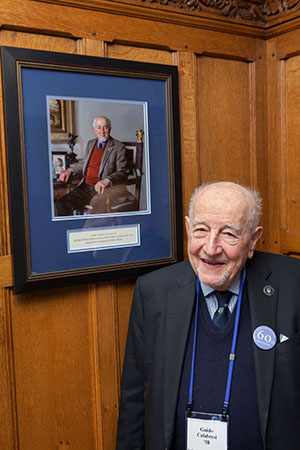 “As one of the most influential scholars of our age, Guido is of course a titan of the law,” said Gerken. “As a renowned jurist, his opinions are both brilliant and wise. As a mentor to all — students; faculty; students who have become faculty — his advice and guidance are unparalleled.”

Gerken thanked Guido’s classmates and family for their generosity, noting that the dedication was a great tribute to such a central figure of Yale Law School.

“We have always felt that Guido is as much a part of this school as the brick and stone that surround us. Because of your contributions, that feeling is now a reality,” said Gerken.

Calabresi is a Sterling Professor Emeritus of Law and former Dean of Yale Law School. Judge Calabresi was appointed United States Circuit Judge in July 1994, and entered into duty on September 16, 1994.