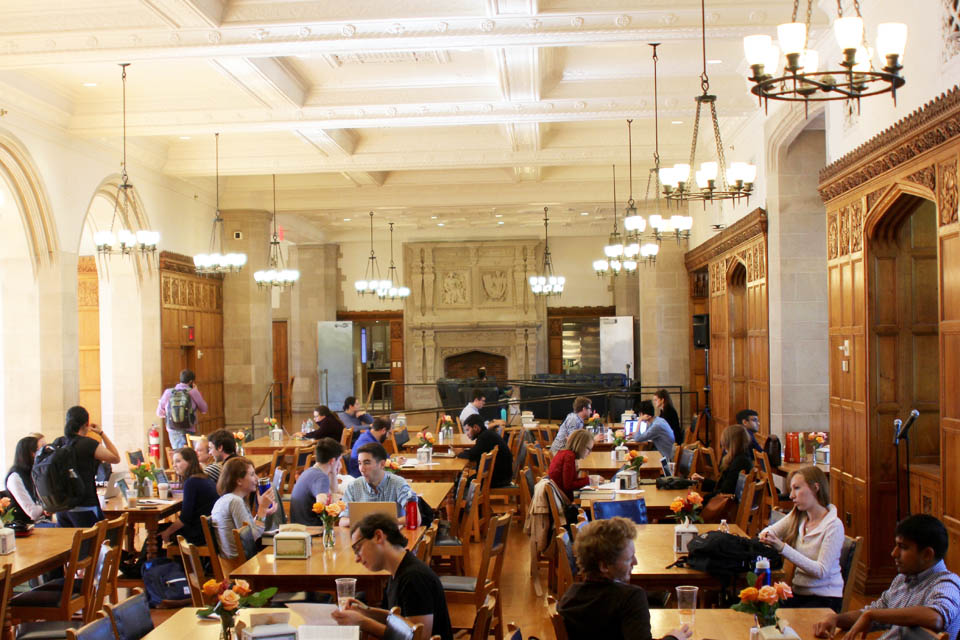 The Ruttenberg family has been a steadfast supporter of Yale Law School. Ruttenberg Hall, which is adjacent to the Sterling Law Building, was converted in the 1990s to house much-needed faculty offices and student clinics, thanks to the generosity of Derald Ruttenberg. At a ceremony to open the renovated wing, Ruttenberg commented on his donation in his customarily modest fashion: “It doesn’t represent the interest on the interest of what I owe to Yale Law School.” He also endowed the Goldstein Fellowship Fund and the Derald H. Ruttenberg Scholarship.

“It is a great moment in the history of this institution to name the Dining Hall in honor of Derald H. Ruttenberg, who, along with his family, have been unfailing in their support for Yale Law School,” said Dean Robert C. Post ’77.  “It is fitting that a place where students come to exchange their thoughts and ideas, where they come to relax and enjoy a meal, where they gather to celebrate, will bear his name.”

After graduating from Yale Law School, Derald Ruttenberg received a business degree from Harvard. In his early career, he owned a number of Midwestern industrial companies and went on to head Studebaker-Worthington.  He was also a philanthropist who helped establish cancer research and treatment centers at Mount Sinai Medical Center in New York.

Derald Ruttenberg’s widow, Janet L.K. Ruttenberg, is an accomplished artist. Her works focused on Central Park were recently the subject of an exhibition at the Museum of the City of New York. The Ruttenbergs’ four children are John, Eric, Katherine and Hattie ’91.