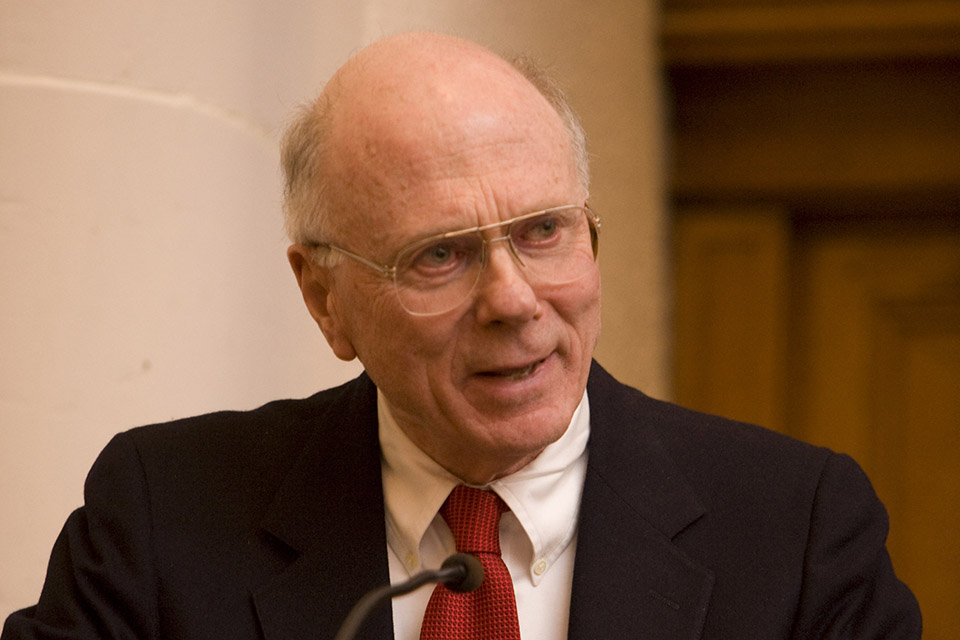 Francis X. Dineen ’61 LL.B., former Visiting Clinical Lecturer in Law at Yale Law School, died on September 25, 2019 at the age of 84. As Senior Counsel at New Haven Legal Assistance Association (NHLAA), he was one of the longest-serving legal services lawyers in the country. He received his A.B. from Dartmouth and his LL.B. from Yale Law School.

Dineen was one of two lawyers hired in 1963 to run Community Progress, Inc. in New Haven, a model of the Kennedy administration’s Office of Economic Opportunity funded by the Ford Foundation.

He began teaching and supervising Yale Law School students in 1964 as director of New Haven’s Municipal Legal Aid Bureau, working with approximately 20 volunteer Yale Law students on a large number of civil cases. In June 1966, the Legal Aid Bureau merged with NHLAA, and Dineen became Deputy Director, a title he held for over 30 years.

Dineen was involved in many landmark cases, including the Supreme Court case Boddie v. Connecticut, which established the right to free access to the courts in cases of fundamental rights. As a result, every state and the federal system have established fee waiver mechanisms. Dineen is also credited with reinventing landlord/tenant practice in Connecticut. Dineen began teaching at the Law School in 1977 and taught Trial Practice as well as Civil Legal Assistance. He regularly taught in the Landlord-Tenant Clinic beginning in 1985.

“Frank Dineen was a wonderful colleague to the Law School’s clinical faculty, and a role model for law students,” said Stephen Wizner, William O. Douglas Clinical Professor Emeritus of Law. “He devoted his life to providing legal assistance to the poor and disadvantaged, and to teaching students the skills and ethics of being effective and socially responsible lawyers. He has left his mark on generations of law students through his teaching and by the example of his life.”

Dineen was the recipient of numerous awards during his career, including the Distinguished Service Award from Yale University and Yale Law School in 1981, for his work in legal services and with Yale Law students; and the Charles J. Parker Legal Services Award from the Connecticut Bar Association for his work in legal services. He was also designated a James W. Cooper Fellow by the Connecticut Bar Foundation in 1994.

In 2002, he was selected as a winner of the Yale Law Women Teaching Award. One YLS graduate remarked: “Frank always reminds us, just by being himself, that there will always be a lot of work to do, and we must never let ourselves forget how our grand and lofty principles will translate into the day-to-day lives of the people.”

The Arthur Liman Center for Public Interest Law honored Dineen and other clinical professors who helped build the clinical program at Yale Law School during its annual colloquium in 2009.

When he was awarded the Distinguished Service Award, Dineen spoke of being drawn to legal services work out of compassion for the underprivileged and poor and his concern that the legal system be fair and available to all.

“A system of justice which systematically excludes a large segment of the population from its coverage is immoral,” he said. “We cannot tolerate such a system.”