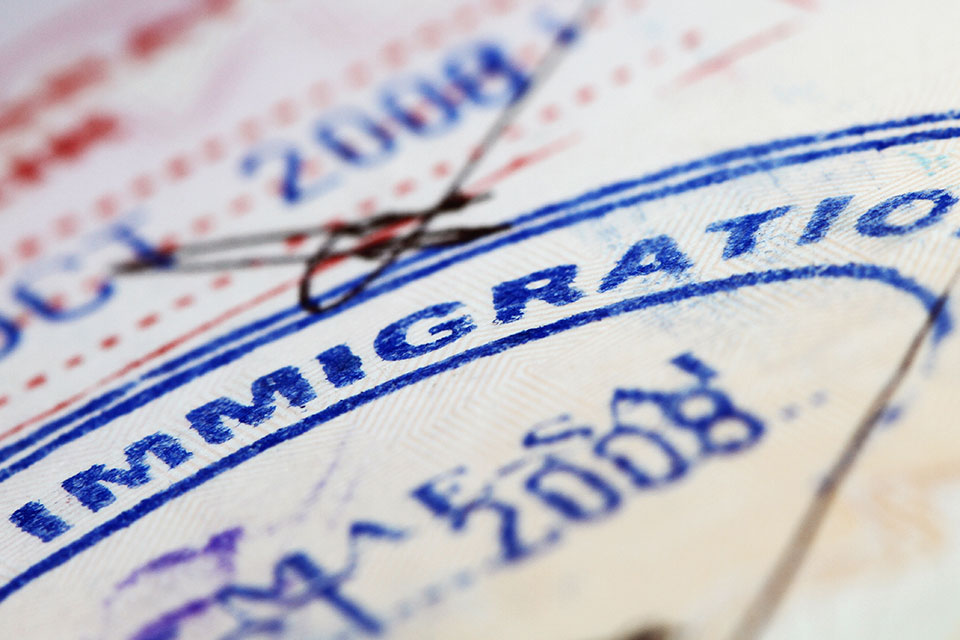 After the Trump administration took control of the government in 2017, changes large and small came quickly to U.S. immigration policy.

Based on his experience working in government and as one of the nation’s leading immigration law experts, Martin R. Flug Lecturer in Law and Senior Research Scholar in Law Lucas Guttentag thought it would be critical to keep track of policies as they were issued by the administration so they wouldn’t be lost in future years or buried under successive further policies. And if a future administration wanted to adopt reforms, it would need a catalogue of changes that had been made.

In the fall of 2017, Guttentag gathered a few research assistants from Yale Law School to design a project to track all the emerging policies. Their efforts culminated in the Immigration Policy Tracking Project, which is now the most comprehensive compilation of every known Trump-era immigration policy from January 2017 through the end of the administration. Its mission, according to the Project’s website, is to “facilitate a deeper understanding of the scope and impact of Trump-era policies and to help develop a roadmap for reform.”

The 70 law students who have worked on the project since 2017 tracked all public sources to identify immigration policy changes, digested the policies, designed how the entries in the tracking database would be organized, and created an initial spreadsheet. They also designed the project’s original webpage and continue to do the updating and analysis.

Sam Frizell ’20 worked on the project from its inception and saw it develop in size and scale from a Google spreadsheet into a full-fledged website.

“We spent a lot of time thinking about what would be most useful to practitioners, journalists, and especially the next administration,” he said. “We also had to work through a lot of logistical questions and manage a team that could consistently record changes and make sure the information was all accurate and well-presented.”

“It was extremely rewarding to work on a project that had an important, real-world purpose: we were working on a tool that would help restore some normalcy to our immigration system, and hopefully, serve as the basis for much more humane immigration policies in the future.”
—Sam Frizell ’20

The information compiled by the tracking project is now fully available to the public. The work of the project was the subject of an article in the New York Times and a long profile in the New Yorker.

The Trump administration’s immigration policy changes went far beyond the ones that made headlines, said Becca Steele ’21, who worked on the tracker.

“In addition to the policies that have gotten a lot of media coverage, the Trump administration changed forms, fees, administrative procedures, and so much more,” she said. “These changes have created huge burdens and obstacles for immigrant communities, but have often slid under the general public’s radar.”

Guttentag also teaches at Stanford Law School, where he is Professor of the Practice of Law. Teams of students work on the project there as well.

“We meet separately and jointly so students work together across the two schools, especially in the Zoom environment during COVID,” he said. “It is truly collaborative in every sense.”

The project lists 1,064 immigration policy actions during the four years of the Trump administration, including 57 presidential orders. One hundred and twenty policy changes are currently subject to litigation.

“Working on the project helped me to see the breadth and depth of the Trump administration's immigration policies,” said Steele.

Frizell, who worked on the project until July 2020, agreed.

“The project involved learning about the country's byzantine, and often profoundly unfair, immigration system, from visas to asylum to immigration enforcement,” he said. “It was extremely rewarding to work on a project that had an important, real-world purpose: we were working on a tool that would help restore some normalcy to our immigration system, and hopefully, serve as the basis for much more humane immigration policies in the future.”

The tracker lists changes to immigration policy at the Departments of State, Labor, Homeland Security, Health and Human Services, Justice, and others.

Visitors to the site can see the entire range of Trump administration policies, their current status, and the relationship among different policies.

“The project will continue to have vitality as it will allow experts, advocates, scholars, and government officials to assess how the Biden administration has progressed in undoing Trump-era policies,” Guttentag said.

“Now that the project is public, I hope it will shed light on how much work needs to be done to create a just and anti-racist immigration system in America — and ideally serve as a tool to help us start working towards that,” said Steele.