Yochai Benkler on the Role of Technology in the Political Economy 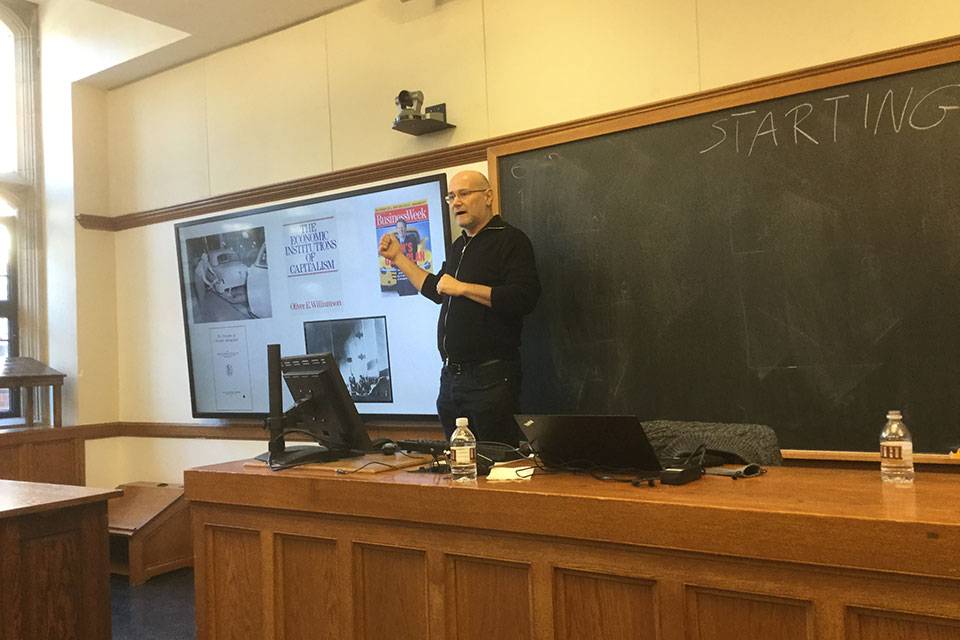 Yochai Benkler at the Seminar in Private Law.

At the Seminar in Private Law on March 5, 2019, Yochai Benkler, the Berkman Professor of Entrepreneurial Legal Studies at Harvard Law School, discussed the role of technology in political economy.

Benkler presented his theory on how technology, institutions and ideology interact to produce economic outcomes. Building on his work on network pragmatism and his contributions to the YLS-based Law and Political Economy Blog, he presented a framework-in-the-making for the analysis of this interplay.

According to Benkler, one should not assume that technology is exogenous to markets, nor that it is deterministic. On the contrary, technology is plastic and will evolve in relationship to the society using it. Similarly, one should refrain from assuming that markets will always produce efficient outcomes, or that the economic outcomes are somehow predetermined. Benkler contested several current theories that suggest phenomena like automation of labor are inevitable or will take a predetermined path.

Many equally plausible future equilibria exist, in Benkler’s view. Which one a given polity will eventually adopt depends on ideology, institutions, shared beliefs and politics. Using automation as an example, he argued that whether a society will move toward a substitution of the workforce by robots, or will complement human labor with machines, is not predetermined but will be affected by complex web of choices and background institutions. The same holds for other technologies and data processing techniques and frameworks.

Right now, according to Benkler, we are in a moment of a social, economic and political upheaval. Economic insecurity is paired with the rise of nationalism and populism from both the left and the right. What this means for the political economy of technology is still an open question. However, we should remember that the reason we are not able to fully foresee the technological future stems exactly from its undetermined character and embeddedness in social institutions.