Tracey Meares on the Justice Collaboratory

What is the Justice Collaboratory?
The Justice Collaboratory’s primary aim is about fundamental criminal justice reform. So we live in a world right now where criminal justice is oriented around a get-tough approach that assumes that the best way to achieve its goals, assuming its goal is crime reduction, is to be ever more punitive, ever more aggressive. This assumption that people will comply with the law when they fear the consequences of failing to do so, that longer and more prison terms are better, so on and so forth. Now that’s a relatively new approach, actually, especially when it comes to policing because, you know, 30 years ago no one actually believed that police made a difference at all in crime reduction. I should pause and repeat that. No one thought that police made a difference. What police were for were to apprehend wrongdoers and bring them to justice. That’s what they were for. And it’s only been relatively recently, in the sort of early ’90s, mid/late ’90s, that we are actually able to show that deploying police in very specific, targeted ways could reduce crime, that it was even a plausible idea that putting more police in particular places would be associated with crime reduction. And that’s led to some benefits: lower crime. But it’s also led to some incredibly great costs: a destruction of trust in communities where it’s most needed, a highlighted, you know, racial disparity, and not only in the context of contact with police, but also in imprisonment, and also, you know, in police shootings. All of that’s associated. And so the Collaboratory sees its work as deploying this theory, which is one of our organizing principles, to reverse these trends and try to figure out ways to come up with particular strategies, but also institutional organizations that are more effective for the stated aims that the institution’s leaders say they care about—let’s say, crime reduction—it’s actually a more effective way to achieve crime reduction. But our goals are loftier than that, right? Because when people trust the institutions that they have a right to rely on, it’s more democratic, it’s more fair. It’s really a fundamental component of citizenship. And that’s really one of our primary goals, actually.

What are the elements of procedural justice?
Well, how is it that people come to the conclusion that an authority ought to be obeyed, if that’s what we think legitimacy is? And the procedural justice research says that four factors matter. One, giving people an opportunity to participate in policy formation, in the formation of laws, in an actual interaction with a legal authority like a police officer, getting to tell your side of the story, that’s called voice. The second thing that really matters is the extent to which people can perceive that the decisions are fair. So with that we look for decision-maker neutrality, transparency. Again, in an interaction with a police officer, is the officer telling you why she stopped you or why she’s doing what she’s doing? As opposed to just saying, “Do it because I said so.” Third, people look for what we call fair treatment. They want to be treated with dignity, respect, respect for their rights, politeness. And fourth, this last one’s the most complicated to explain, but it’s easy to say. We call it motive-based trust. So, in that case, people are trying to assess the extent to which the authority that they’re dealing with can be trusted to behave benevolently toward them in the future. And that’s going to be a multiplicity of a bunch of factors. Actually, that last factor is a really important one right now, you know, it has a lot of historical valence and freight and the like. So those four things matter a lot. And notice that none of these four things have anything to do with the extent to which a police officer is effective or policing agencies are doing a really good job at reducing crime, or even the extent to which they are obeying the law, actually. That’s one of the really interesting things about the research.

What are the police training programs the Justice Collaboratory has developed?
So we were really lucky to have this opportunity to work with two of Chicago police department’s best trainers, two men named Bruce Lipman and Al Fiera. Through that collaboration, we worked together to develop a full day of what we call PJ1. It’s the first day of procedural justice training for the Chicago police department. Seven hours; it’s an entire day, basically introducing the basic concepts of the idea, the theory in a way that is conducive to how police officers will learn it. So, not the way I would lecture it. That’s the first day. The second day is applying these ideas to tactical situations. The first day of Chicago training has been delivered in Oakland, Stockton, several cities across the country. There’s huge demand for it right now. And we are working with the Department of Justice’s Diagnostic Center to figure out a way to efficiently roll out this training across the country. Wes Skogan, who’s a political scientist at Northwestern, has already done the first evaluation, peer-reviewed evaluation of the first day of training and shows some pretty significant effects. Tom Tyler and Rick Trinkner, who is a post-doc here, have done a second, follow-up study, which also is quite strong. The National Initiative has a team of researchers headed up by the Urban Institute to evaluate how the training is working in our six pilot studies, and the Collaboratory itself has plans right now to roll out a randomized control trial, so a kind of gold-standard assessment in a different set of a cities.

Walton Hale Hamilton Professor of Law Tracey L. Meares discusses the work of the Justice Collaboratory, the elements of procedural justice, and the police training programs developed from her research. 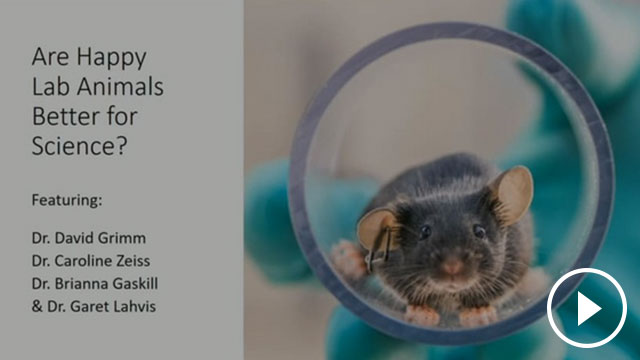