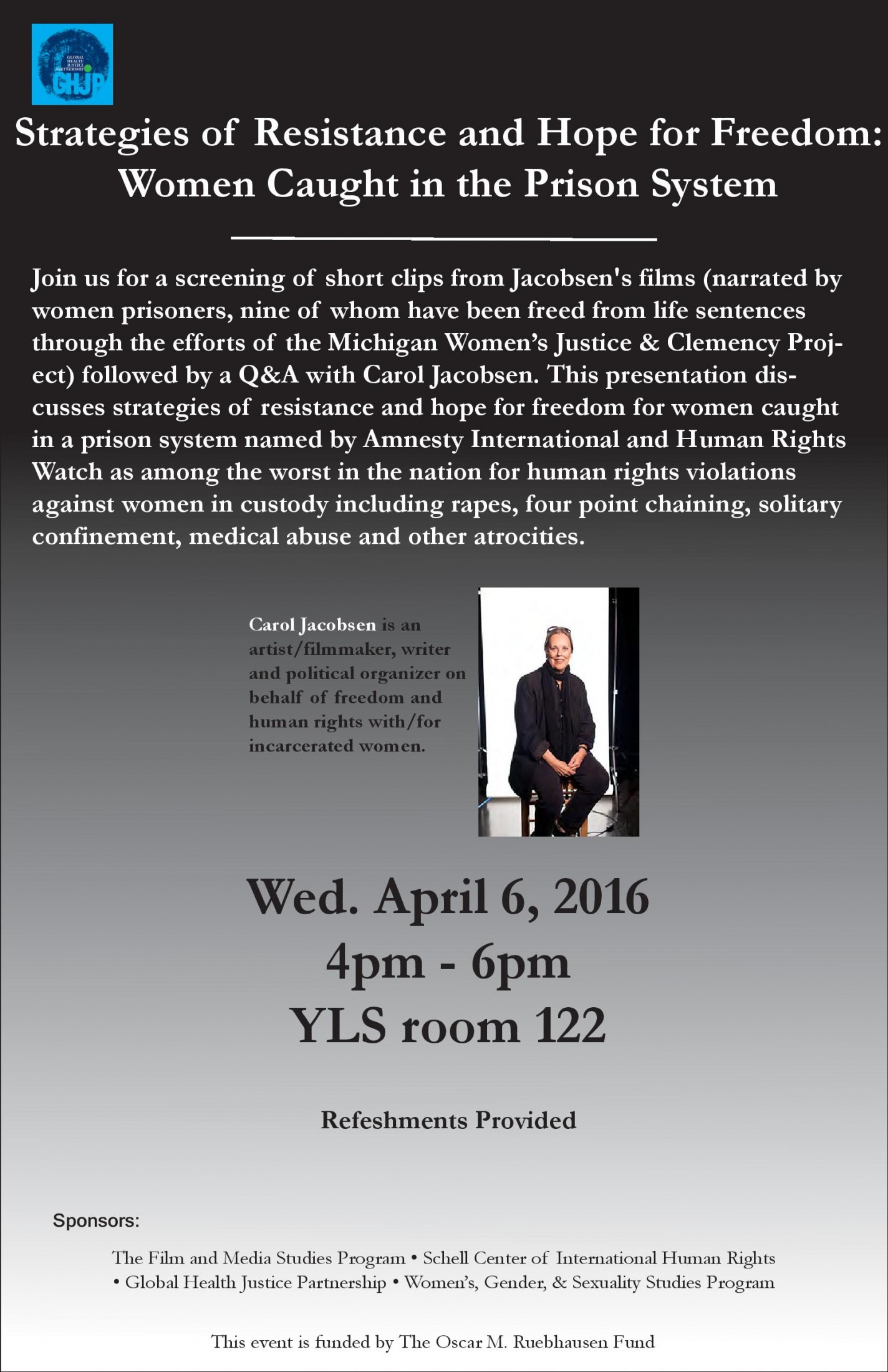 Strategies of Resistance and Hope for Freedom: Women Caught in the Prison System

Zika and its Impact on Reproductive Rights 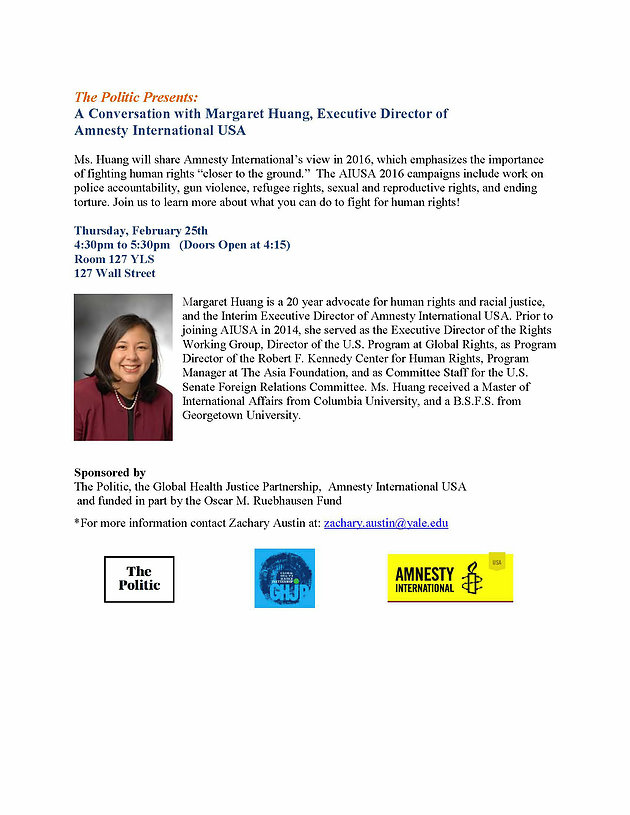 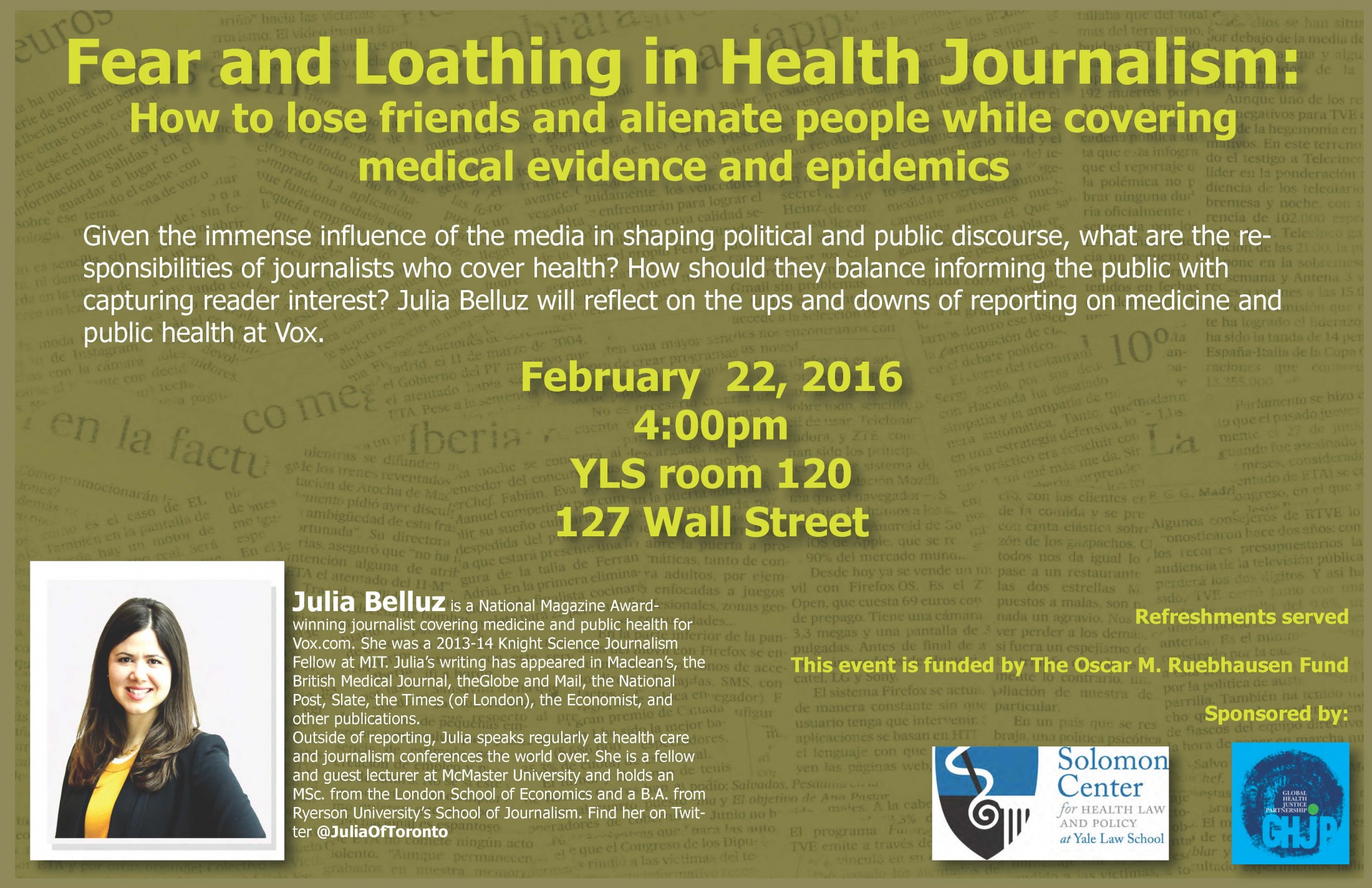 Fear and Loathing in Health Journalism: How to lose friends and alienate people while covering medical evidence and epidemics 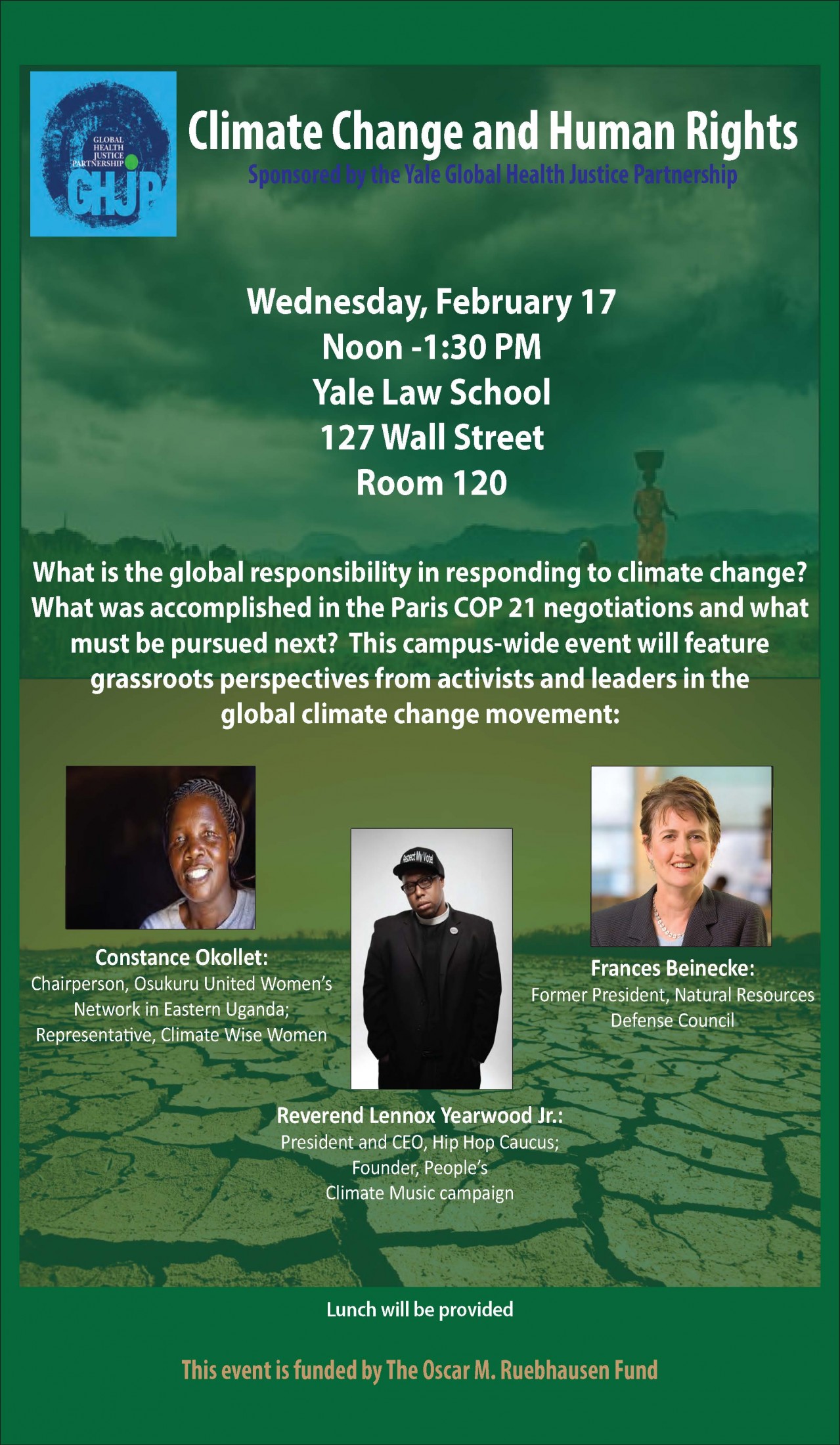 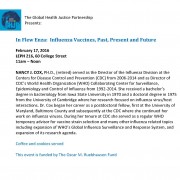 In Flew Enza: Influenza Vaccines, Past, Present and Future

Nancy J. Cox, PH.D (retired) served as the Director of the Influenza Division at the CDC from 2006-2014 and as Director of CDC’s World Health Organization (WHO) Collaborating Center for Surveillance, Epidemiology and Control of Influenza from 1992-2014. 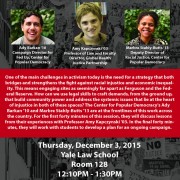 From Ferguson to the Federal Reserve: Lawyering Against Racial Injustice and Economic Inequality

Brown Bag with GHJP Visiting Fellow Becca Schleifer: “Gender, inequality, poverty: what do drugs have to do with it?” 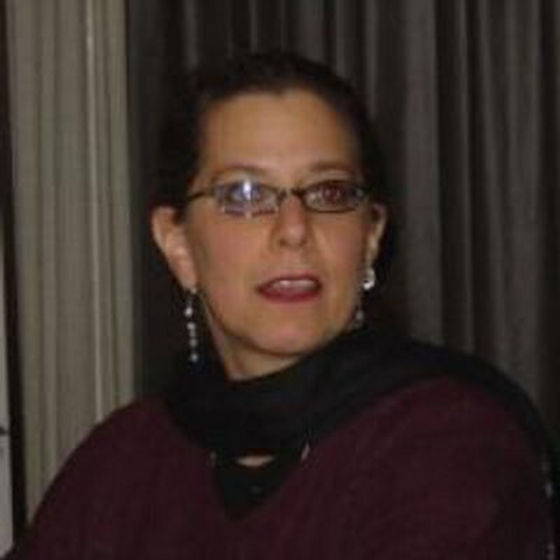 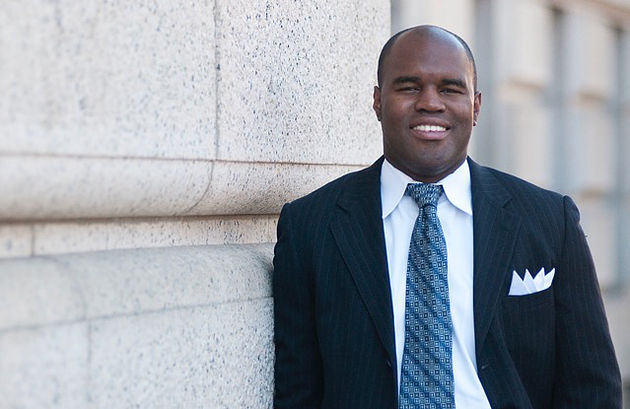 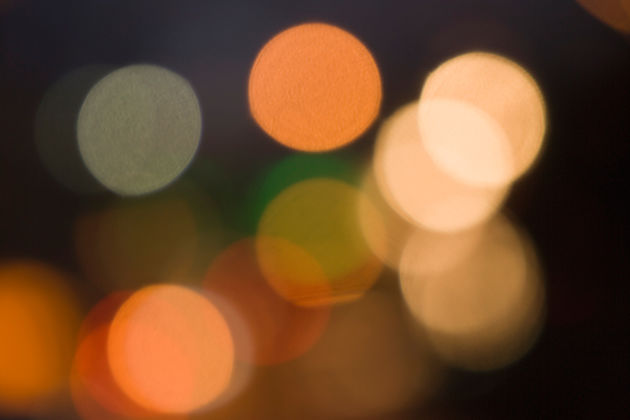 Medical Care Under Fire: US bombing of the MSF Hospital in Kunduz: Questions & Consequences

Navigating Women's Human Rights at the United Nations: The Case of Sexual and Reproductive Health and Rights 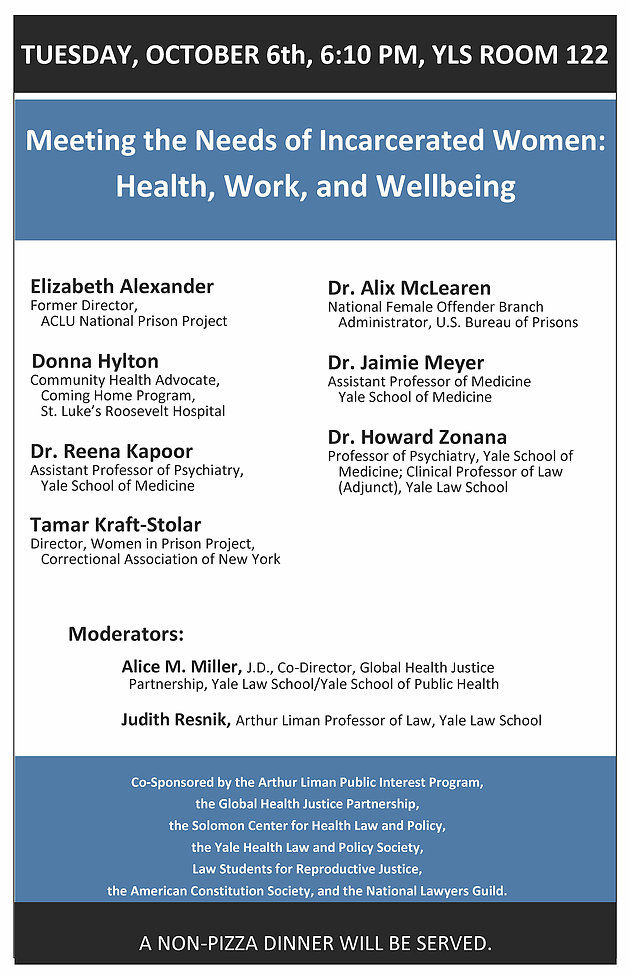