Public Health in the Shadow of the First Amendment

A Conference Hosted by Yale Law School, Yale Medical School, and the Yale School of Public HealthSponsored by the Information Society Project (ISP), the Yale Global Health Justice Partnership (GHJP), and the Yale Health Law and Policy Society (YHeLPS),  with generous support from the Samuel and Liselotte Herman Fund for the Social and Behavioral Sciences at The Yale School of Public Health, and the Oscar M. Reubhausen Fund.

The regulation of food, medicines, and tobacco all rely crucially today on the regulation of speech, for example through behavioral marketing, disclosures, and restrictions on certain modes of commercial promotion. First Amendment doctrine has recently changed in significant ways, bringing it into potentially deep tension with such measures. For example, commercial speech doctrine has been used to invalidate FDA restrictions on off-label marketing of drugs, to prevent graphic warnings on cigarette packages, and to challenge calorie disclosures in restaurants.

In addition, new and important questions about the limits of a legislature’s ability to mandate or forbid certain physician speech are emerging. For example, should the First Amendment protect doctors from requirements that they provide patients with ultrasounds or medically unproven “information” in the abortion context, or mental health providers from restrictions on conducting reparative therapy for gay teens? In cases such as these, courts and legislatures are also increasingly required to adjudicate questions of scientific merit. Many recent examples suggest reason for concern about the results.

Neither courts nor scholars have developed a consistent and coherent approach to these different areas. Experts in First Amendment law are rarely in a position to fully articulate the health consequences of these cases, and health experts rarely have the literacy in free speech law required to navigate these issues.

This conference will investigate these enormously important issues, with panels on food and drug regulation, behavioral marketing in the context of obesity, tobacco, and food policy, the regulation of professional conduct, First Amendment theory, and the intersection between science and democracy. 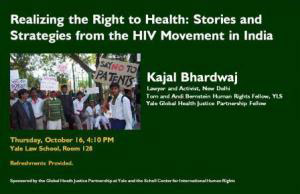 Realizing the Right to Health: Stories and Strategies from the HIV Movement in India

Power and Danger: Feminist Engagement with International Law through the UN Security Council

MADE IN INDIA: Will India's Pro-Public Health Approach to Medicines Survive the Modi and Obama Administrations? 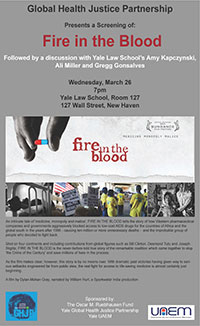 Movie Screening: Fire in the Blood 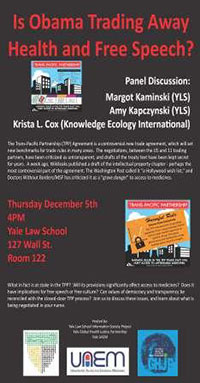 Is Obama Trading Away Health and Free Speech?

Feminism and Hunger in the Tropics: A Talk by Olivier de Schutter, United Nations Special Rapporteur on the Right to Food 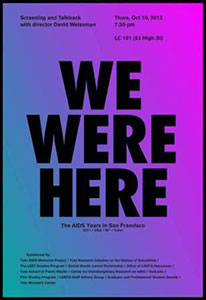 We Were Here: the AIDS Years in San Francisco Documentary Screening and Talkback with Director David Weissman

Screening of Act of Killing

In Sickness and in Wealth: The Health Effects of the Recession and Austerity 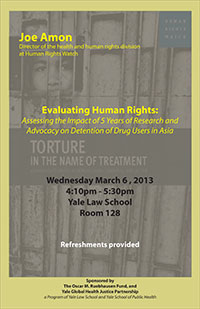 Evaluating Human Rights: Assessing the Impact of 5 Years of Research and Advocacy on Detention of Drug Users in Asia 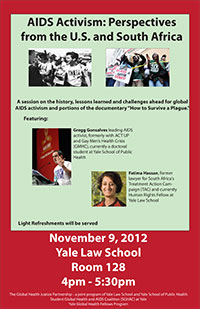 AIDS Activism: Perspectives from the U.S. and South Africa

The "War on Women"? Women's Health and Rights in the 2012 Presidential Election 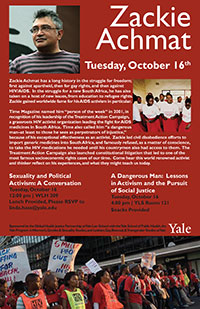 A Dangerous Man: Lessons in Activism and the Pursuit of Social Justice