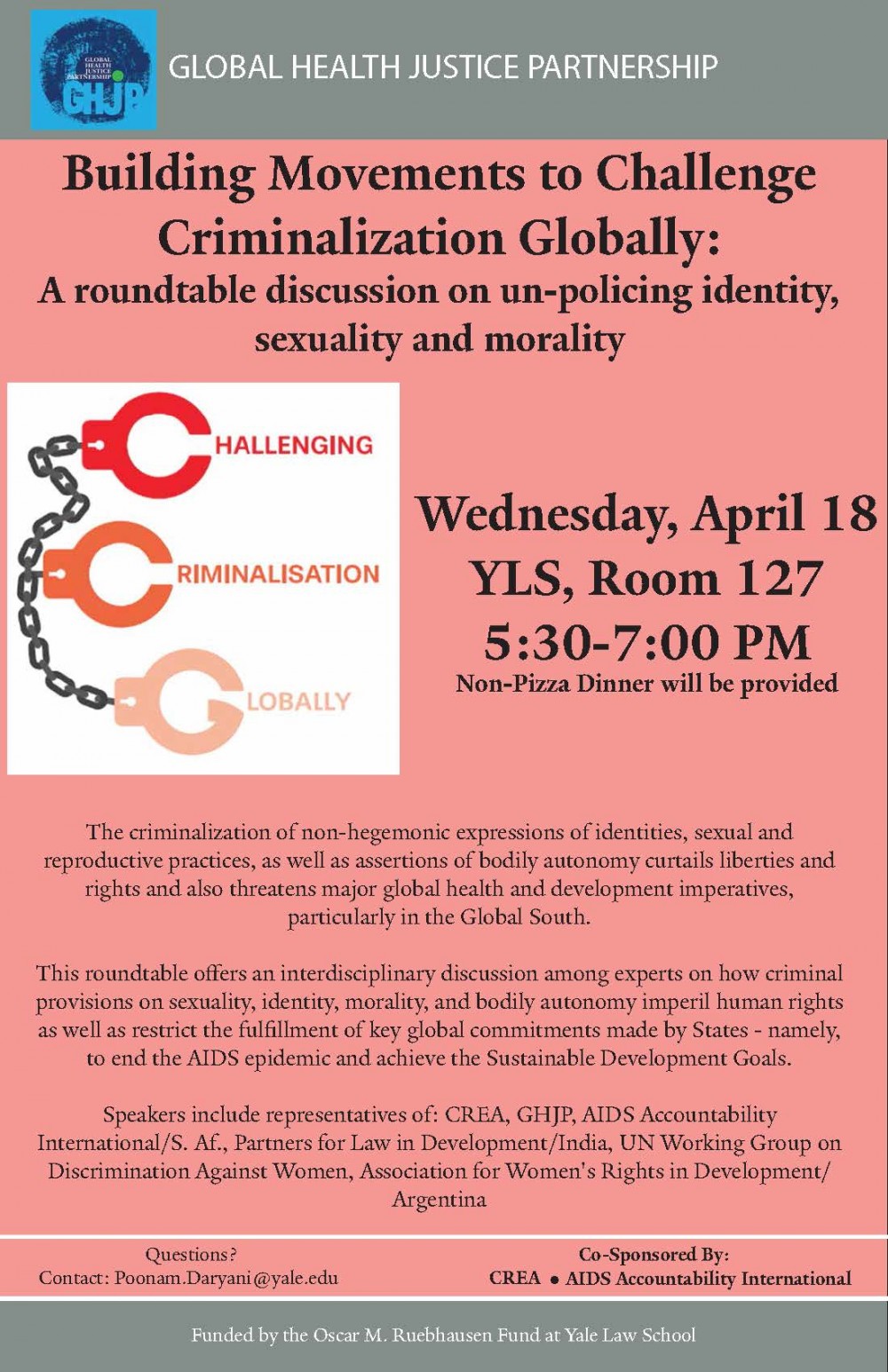 The criminalization of non-hegemonic expressions of identities, sexual and reproductive practices, as well as assertions of bodily autonomy curtails liberties and rights and also threatens key global health and development imperatives, particularly in the global South. 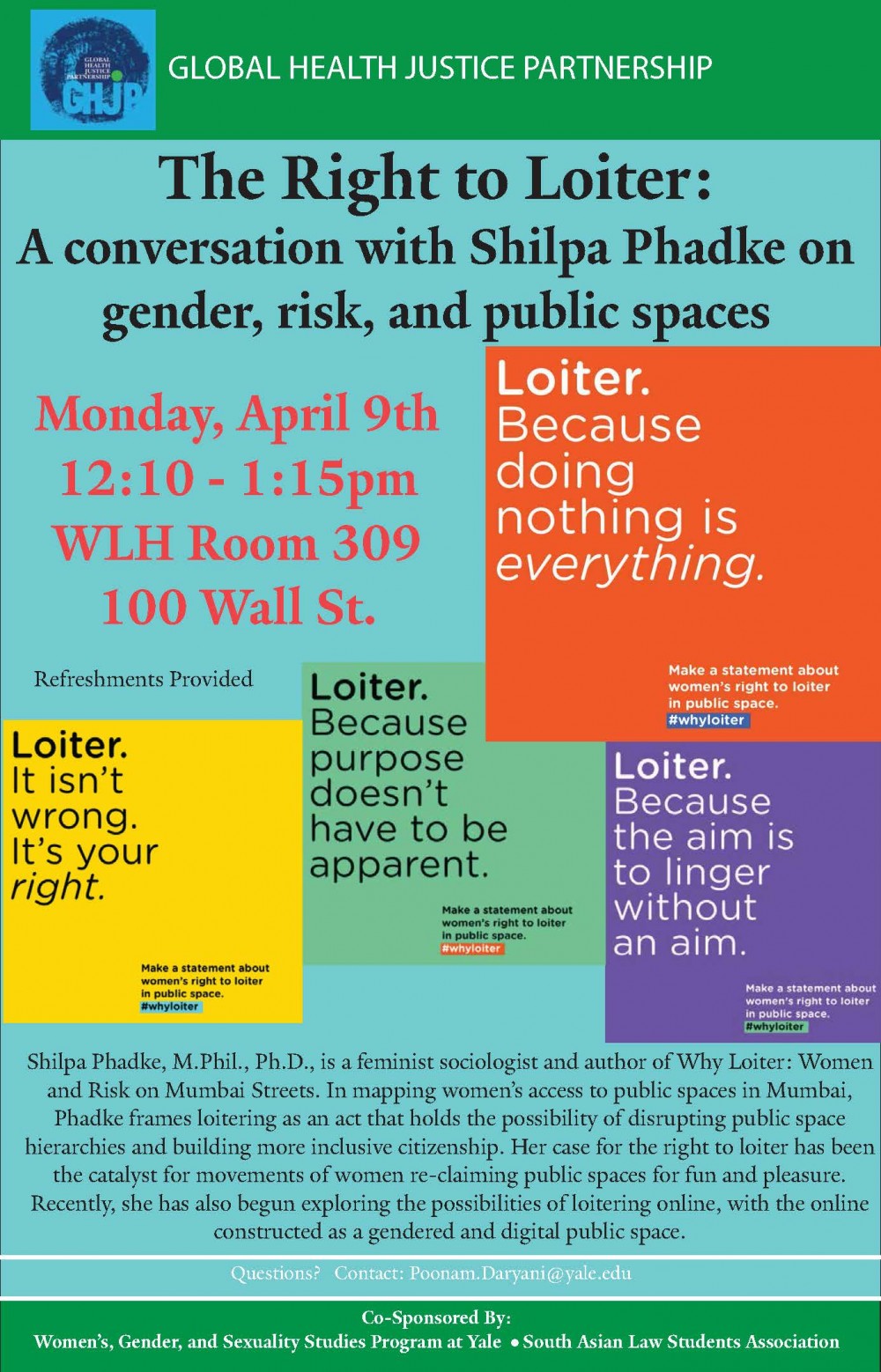 The right to loiter: A conversation with Shilpa Phadke on gender, risk, and public spaces

Shilpa Phadke, M.Phil., Ph.D., is a feminist sociologist and author of the critically-acclaimed book "Why Loiter: Women and Risk on Mumbai Streets." In this ethnographic mapping of women’s access to public spaces in Mumbai, Phadke frames loitering as an act that holds the possibility of disrupting public space hierarchies and building more inclusive citizenship 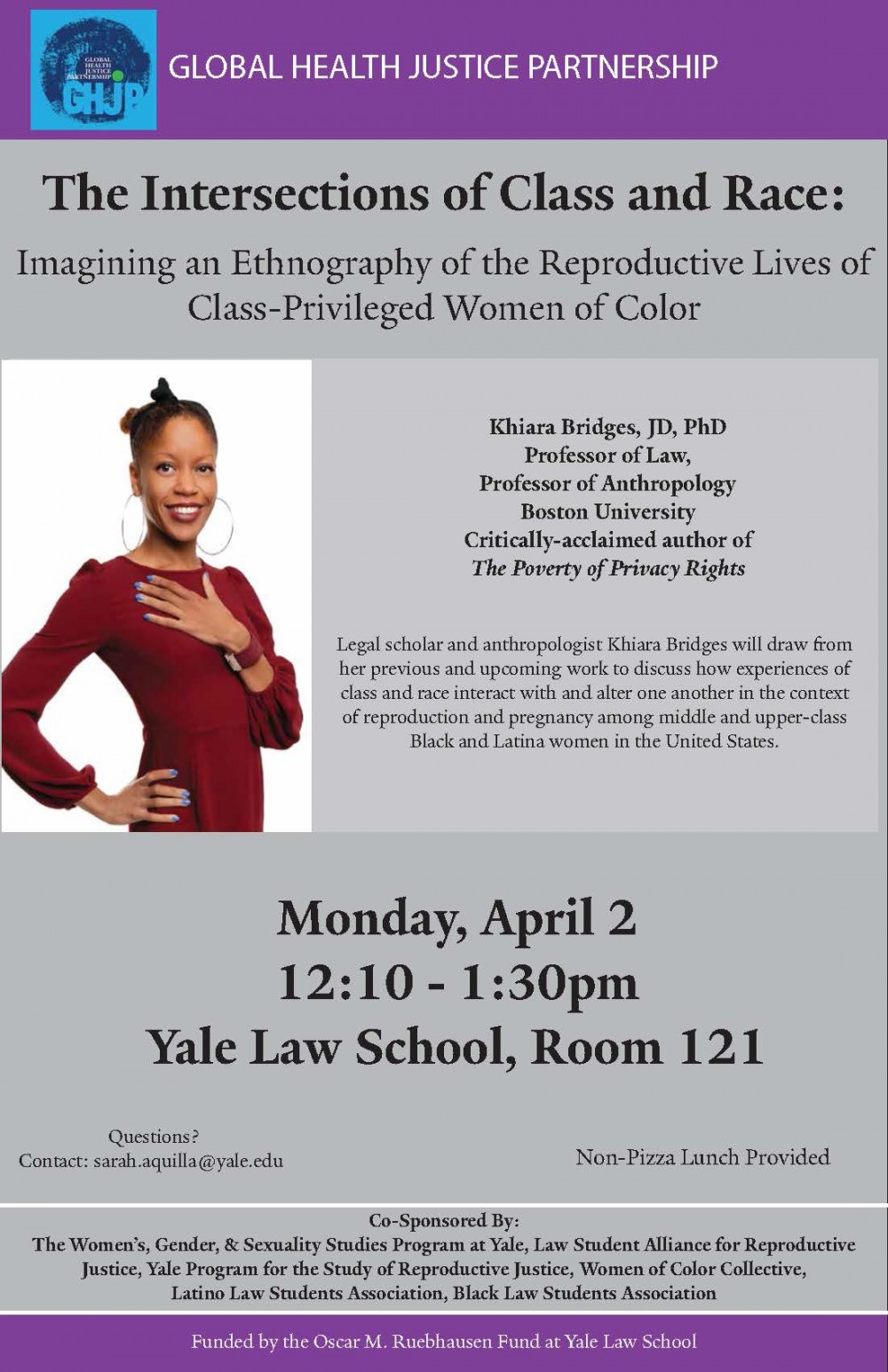 Khiara Bridges, "The Intersections of Class and Race: Imagining an Ethnography of the Reproductive Lives of Class-Privileged Women of Color"

Khiara Bridges, JD, PhD is a Professor of Law and Professor of Anthropology at Boston University and the critically-acclaimed author of The Poverty of Privacy Rights. Khiara will draw from her previous and upcoming work to discuss how experiences of class and race interact with and alter one another in the context of reproduction and pregnancy among middle and upper-class Black and Latina women in the United States 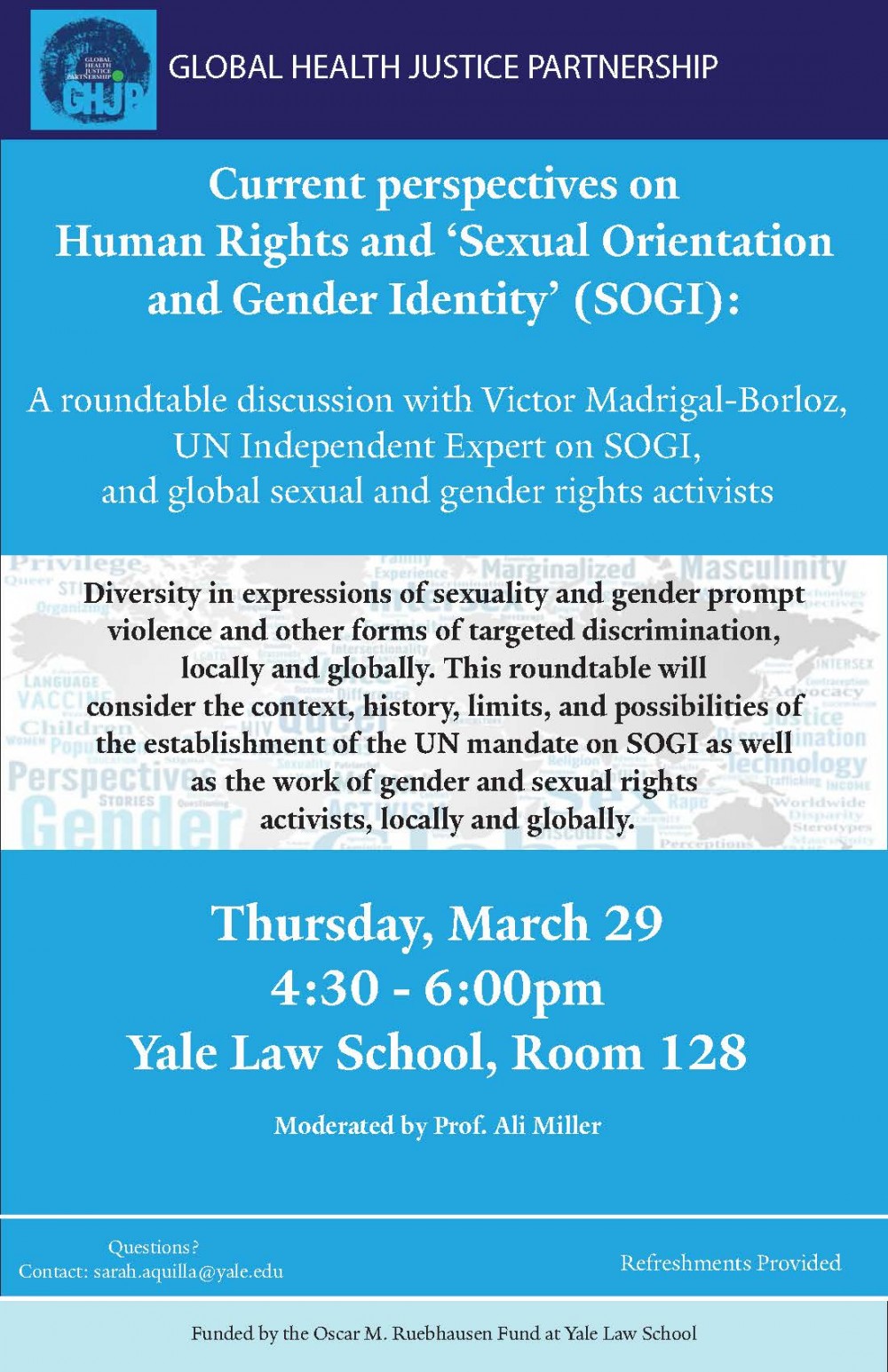 Marriage, (Sex) Equality and National Identity: Examining the Transnational Culture Wars through the “Obergefell of Europe”

In this critical conversation, panelists discussed the global circulation of ideas on marriage, (sex) equality and national identity. The event was based on an expected ruling from the Court of Justice of the European Union (CJEU) on the recognition of same-sex marriage in all the Member States of the European Union in Coman and Others. The case concerns Romania’s failure to recognize the same-sex marriage between a Romanian and US citizen concluded in Belgium. Panelists discussed the ways in which international actors of all leanings are actively intervening in the European dispute over marriage equality, including US conservative groups, who, by calling the case “the Obergefell of Europe,” seek to re-frame the debates and defend what they see as “religious freedom.”

Panelists included the plaintiff in the CJEU case, Adrian Coman, who talked about his case and its possible outcome; Elena Brodeala (LLM ’18) who considered the way that the debates over this case intersect with the local efforts to preserve the gendered nature of the “traditional family” in Romania; and Professor Mary Anne Case (University of Chicago, Law School) who contextualized the case through a discussion of the transnational “war on gender ideology” and of the different political and legal venues chosen to fight for equality. 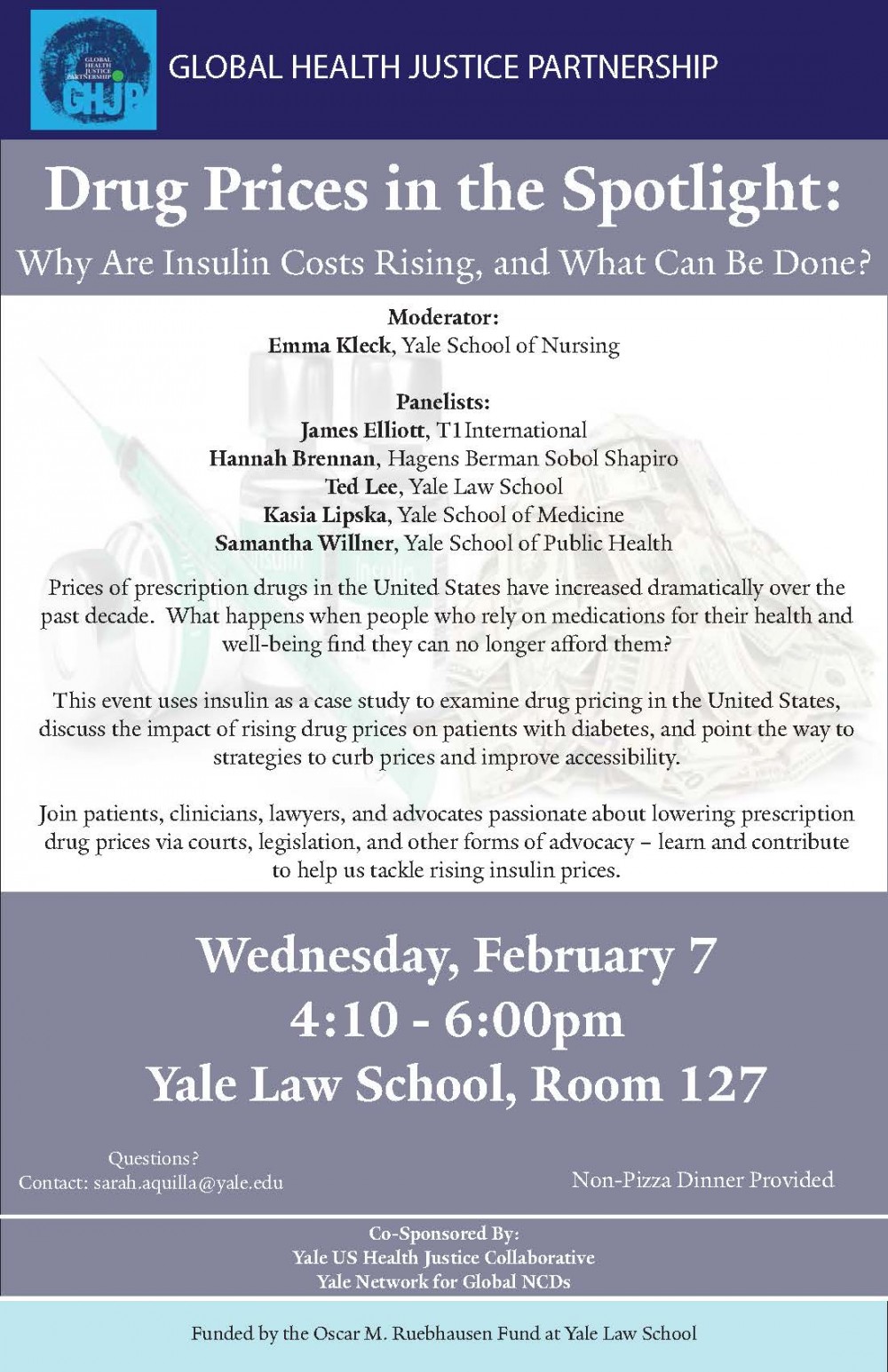 Drug Prices in the Spotlight: Why Are Insulin Costs Rising, and What Can Be Done?

Prices of prescription drugs in the United States have increased dramatically over the past decade. In the US, the average annual per-patient spending on insulin has tripled in the past 10 years - increasing from $231 to $736—though there have been no meaningful changes in the medicine itself. What happens when people who rely on medications for their health and well-being find they can no longer afford them? 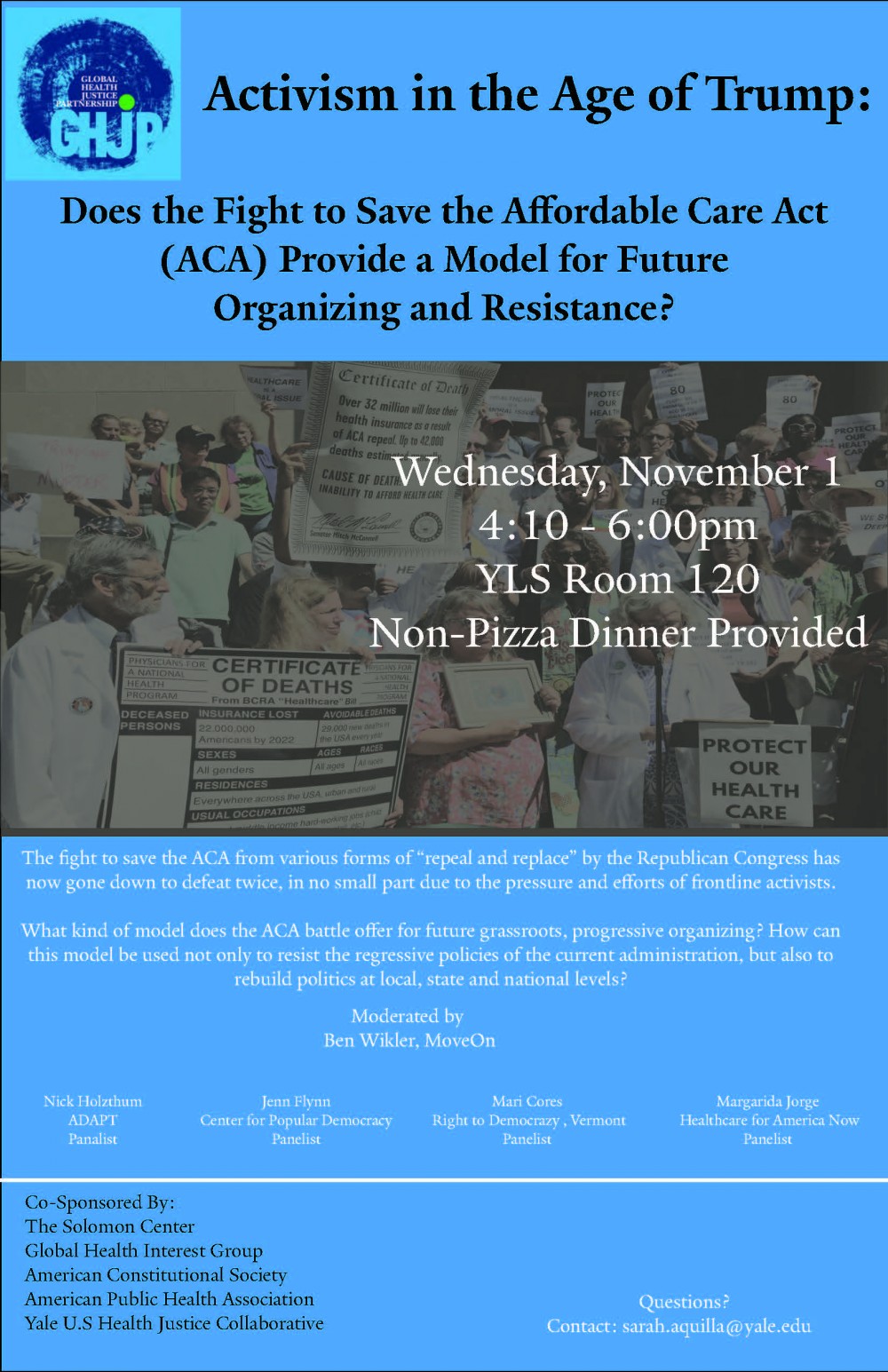 Activism in the Age of Trump: Does the Fight to Save the Affordable Care Act (ACA) Provide a Model for Future Organizing and Resistance?

This session will explore the history and future of the battle to save the ACA (and to improve it!) with representatives from many of the organizations on the frontlines and will be moderated by MoveOn’s Ben Wikler. The panel discussion will maintain a forward-looking emphasis, examining whether the ACA fight offers a model for how grassroots, progressive organizing can be used to resist the regressive policies of the current administration and also rebuild politics at local, state and national levels 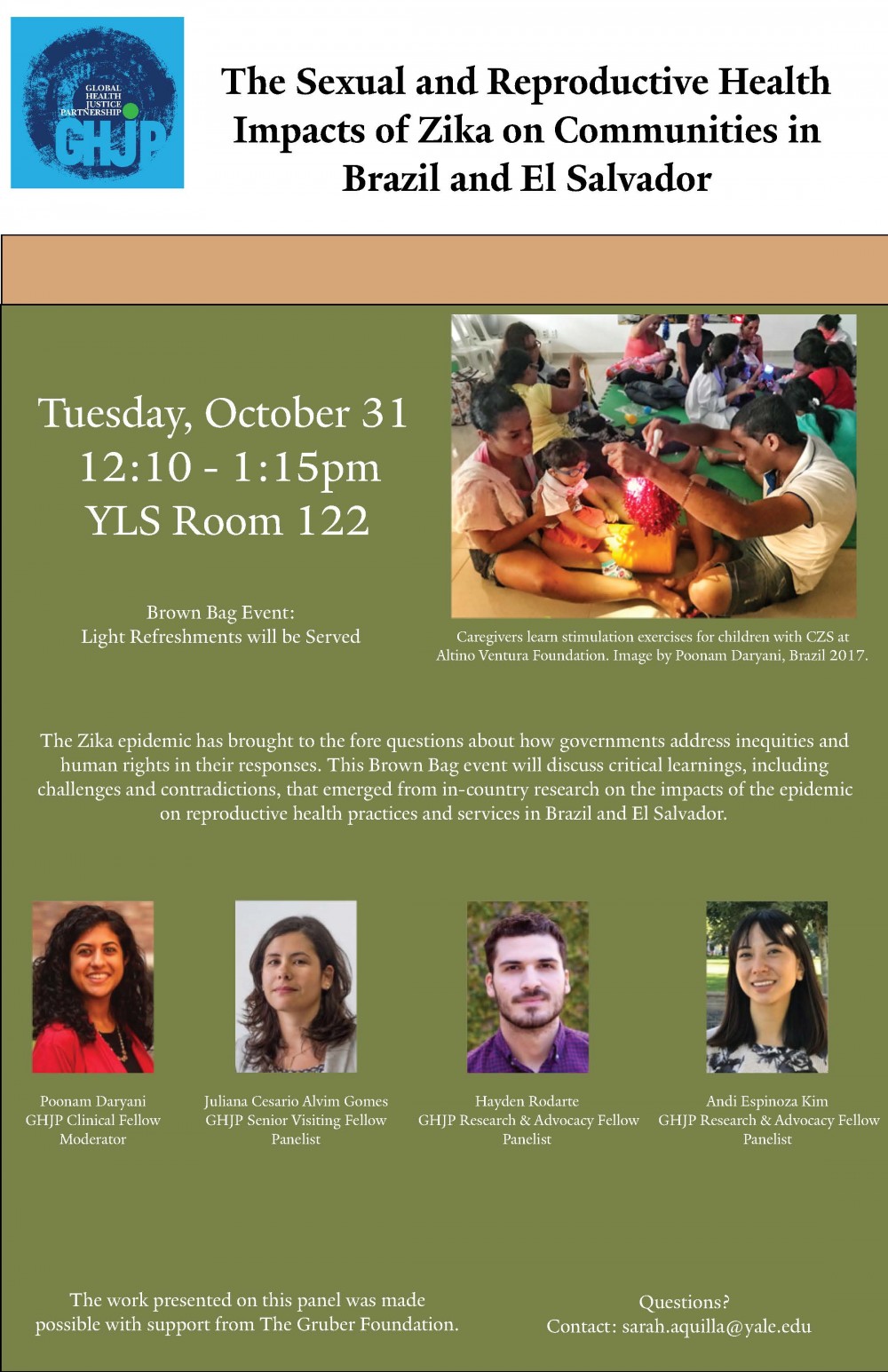 The Zika epidemic has brought to the forefront questions about how governments address inequities and human rights in their responses. This Brown Bag event will discuss critical learnings, including
challenges and contradictions, that emerged from in-country research on the impacts of the epidemic on reproductive health practices and services in Brazil and El Salvador. 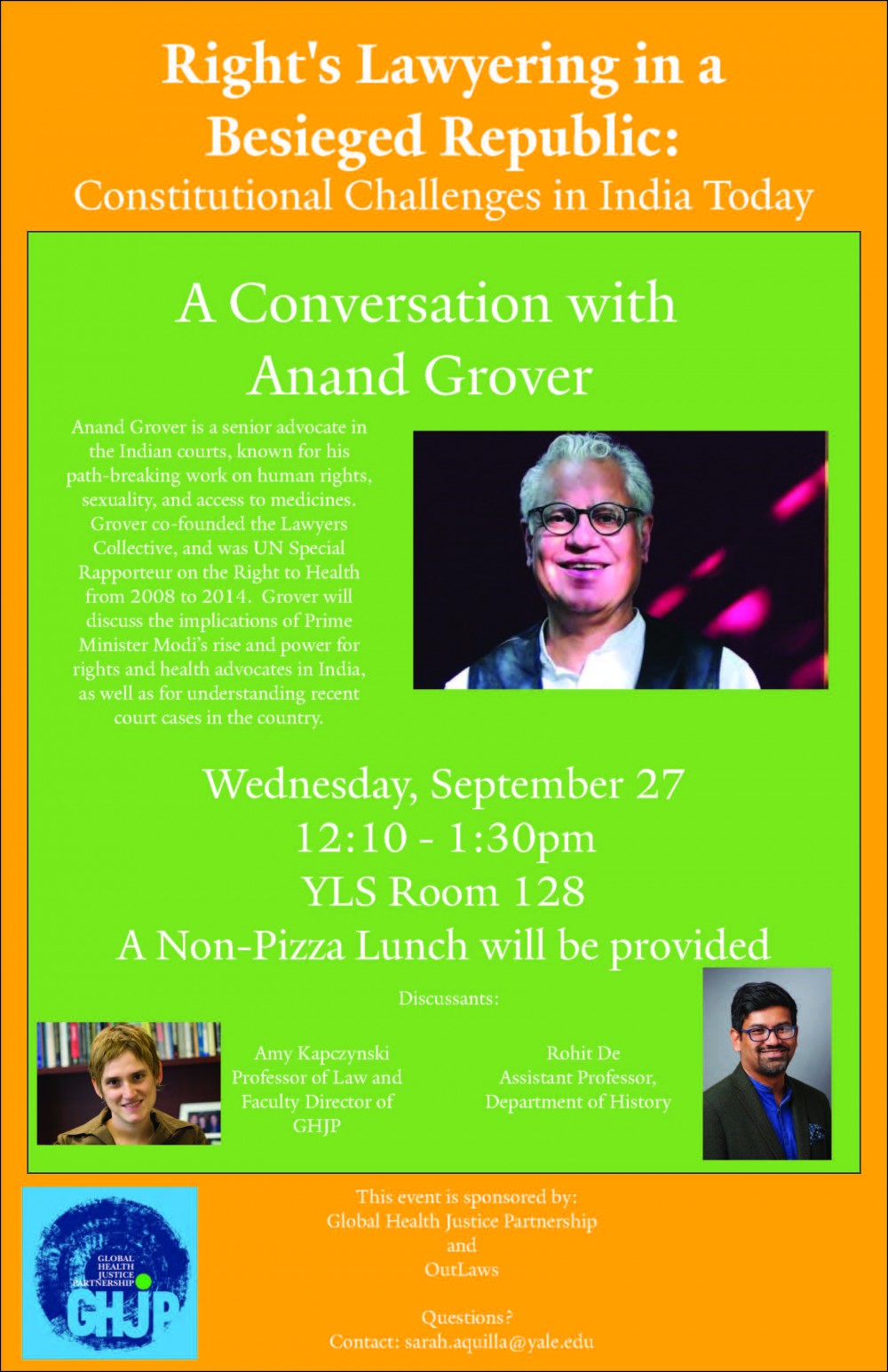 Rights Lawyering in a Besieged Republic: Constitutional Challenges in India Today - A Conversation with Anand Grover

Anand Grover is a senior advocate in the Indian courts, known for his path-breaking work on human rights, sexuality, and access to medicines. Grover co-founded the Lawyers Collective, and was UN Special Rapporteur on the Right to Health. Grover will discuss the implications to Prime Minister Modi’s rise and health advocates in India, as well as our understanding recent court cases in the country.