March 30, 2017
Debora Diniz is a law professor at the University of Brasília, in Brazil, and co-founder of Anis: Institute of Bioethics, Human Rights and Gender, a feminist organization dedicated to bioethics in Latin America. Her research interests include reproductive and sexual rights, disability, criminal justice and prison systems, and research ethics. She has extensive advocacy experience working with the Brazilian Supreme Court on cases on involving abortion, marriage equality, secular state, and stem cell research.

An anthropologist by training and documentarian, Debora’s films have received more than 50 prizes. Her most recent film is “Zika”, which tells the story of five Brazilian women surviving the epidemic. One of her documentaries on abortion was the first film to ever be exhibited at a Supreme Court public hearing.

Debora is currently a visiting fellow with the Global Health Justice Partnership, a program co-hosted by Yale Law School and Yale School of Public Health.

Funding for this event provided by the Oscar M. Ruebhausen Fund at Yale Law School. 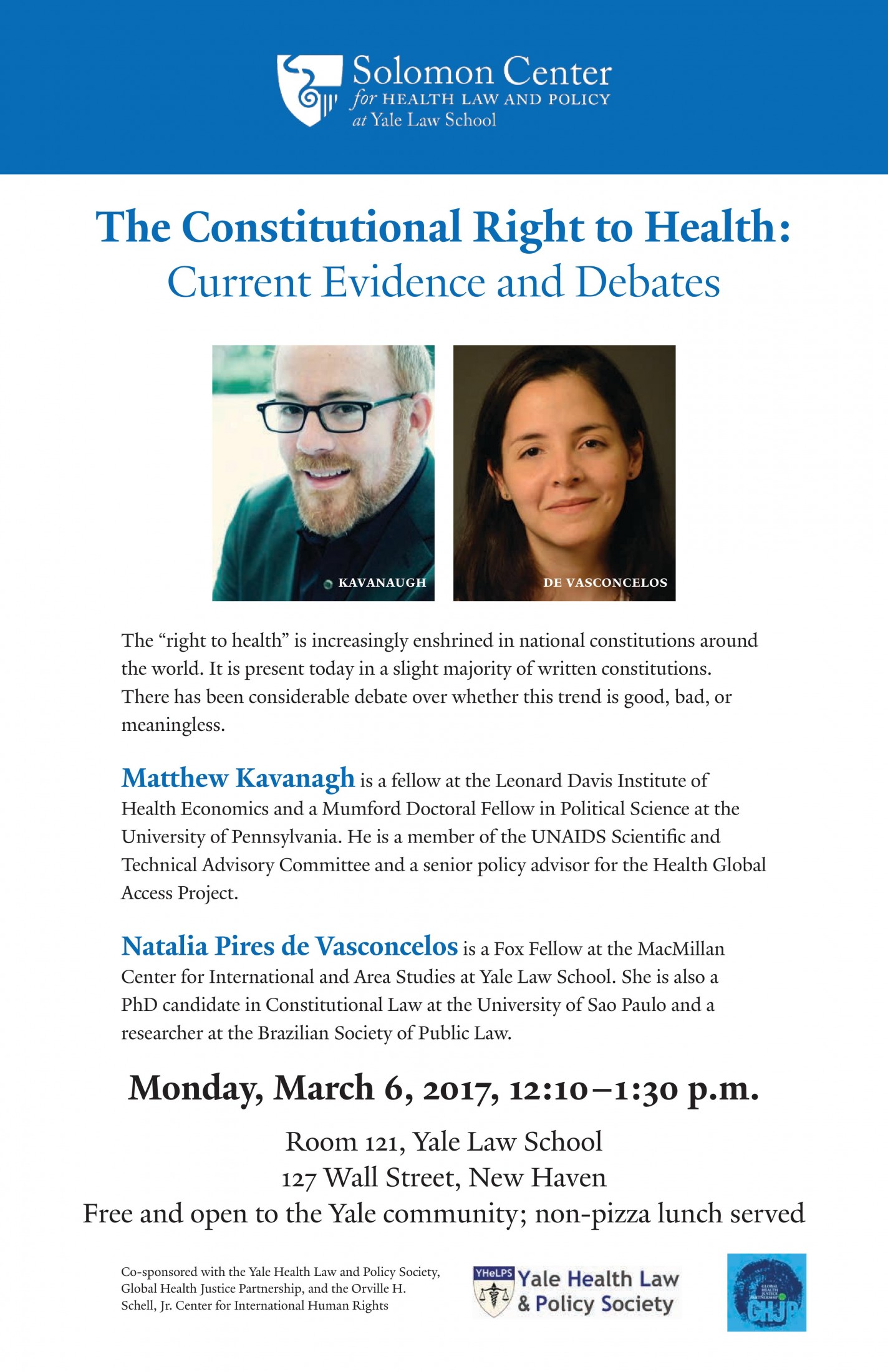 The Constitutional Right to Health: Current Evidence and Debates 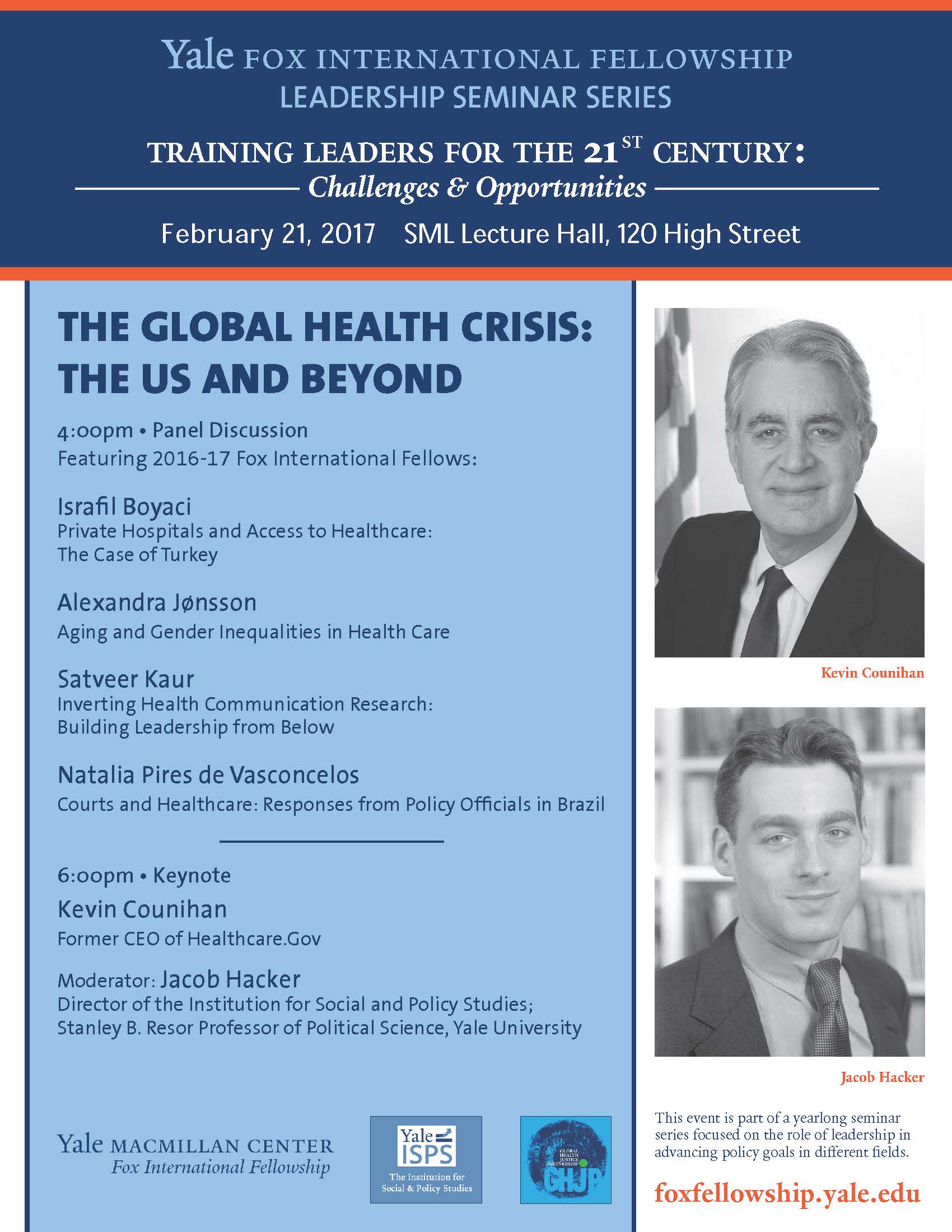 The Global Health Crisis: The US and Beyond 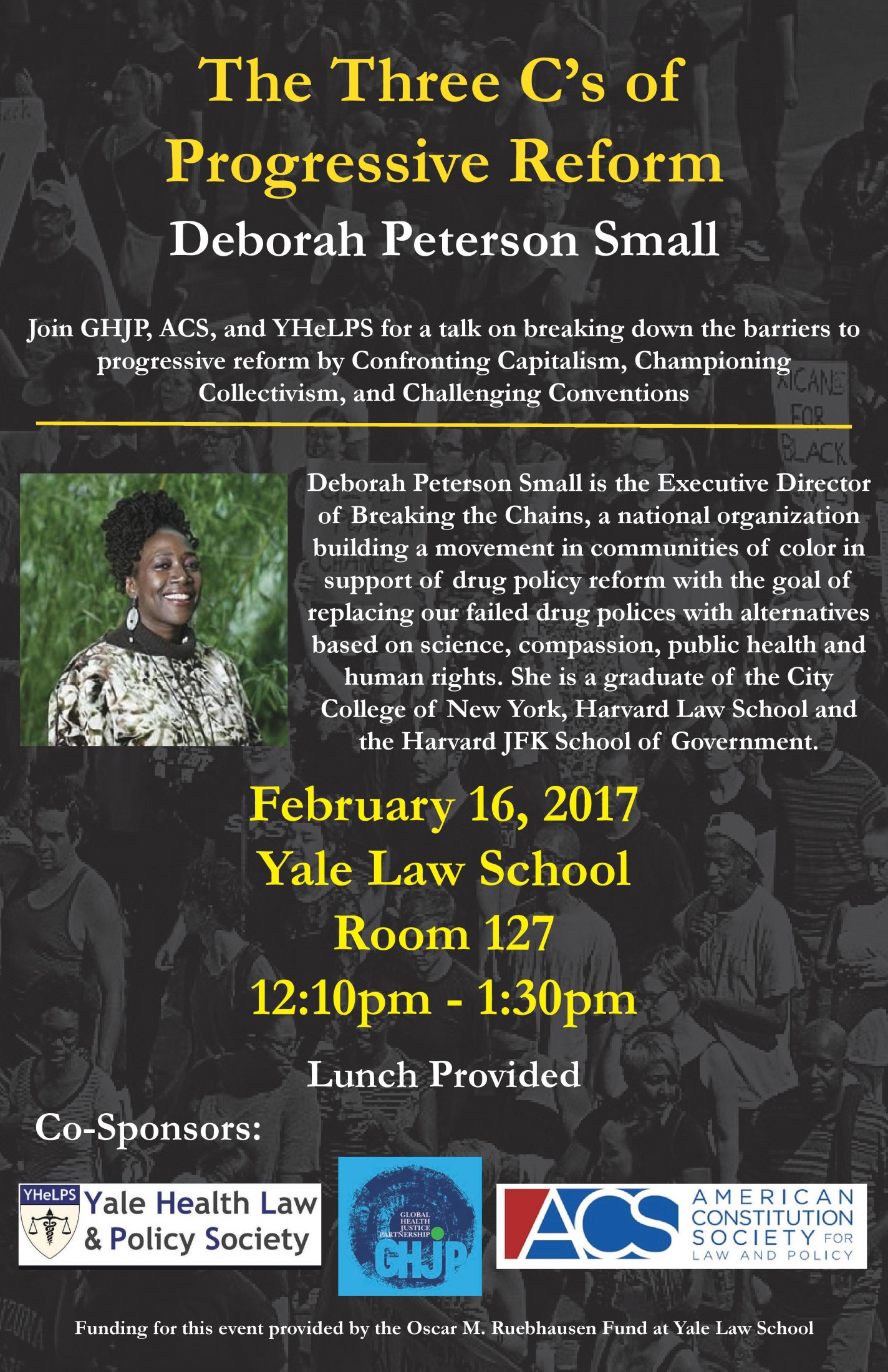 The Three C's of Progressive Reform

Reproductive experiences and decision-making in the context of Zika: Preliminary findings from a qualitative study with women, men, and couples in Rio de Janeiro, Brazil 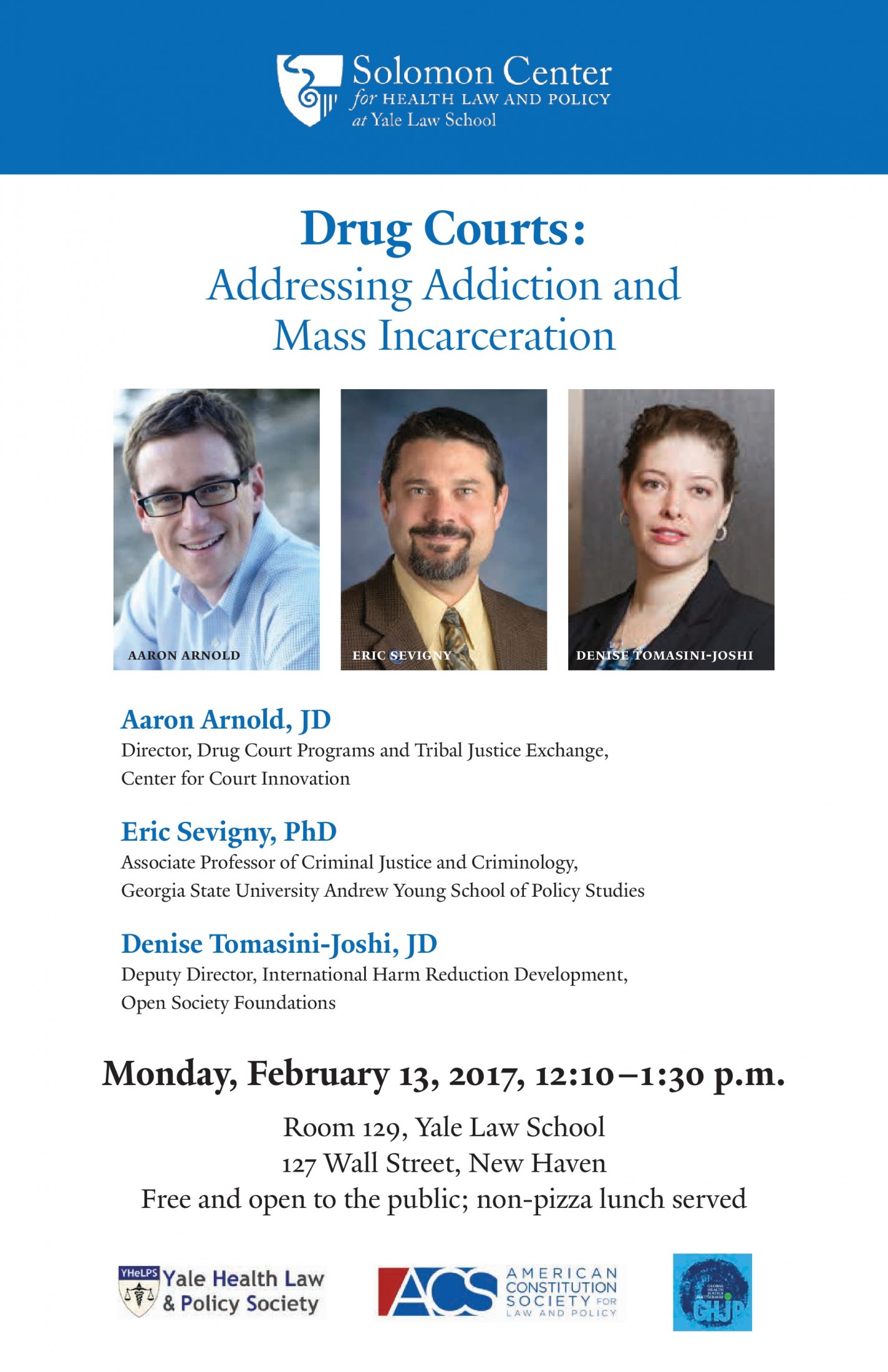 The Zika epidemic: Understanding social determinants and the role of international cooperation

Seeking justice and compensation for South African mine workers: the story of the Asbestos Relief Trust 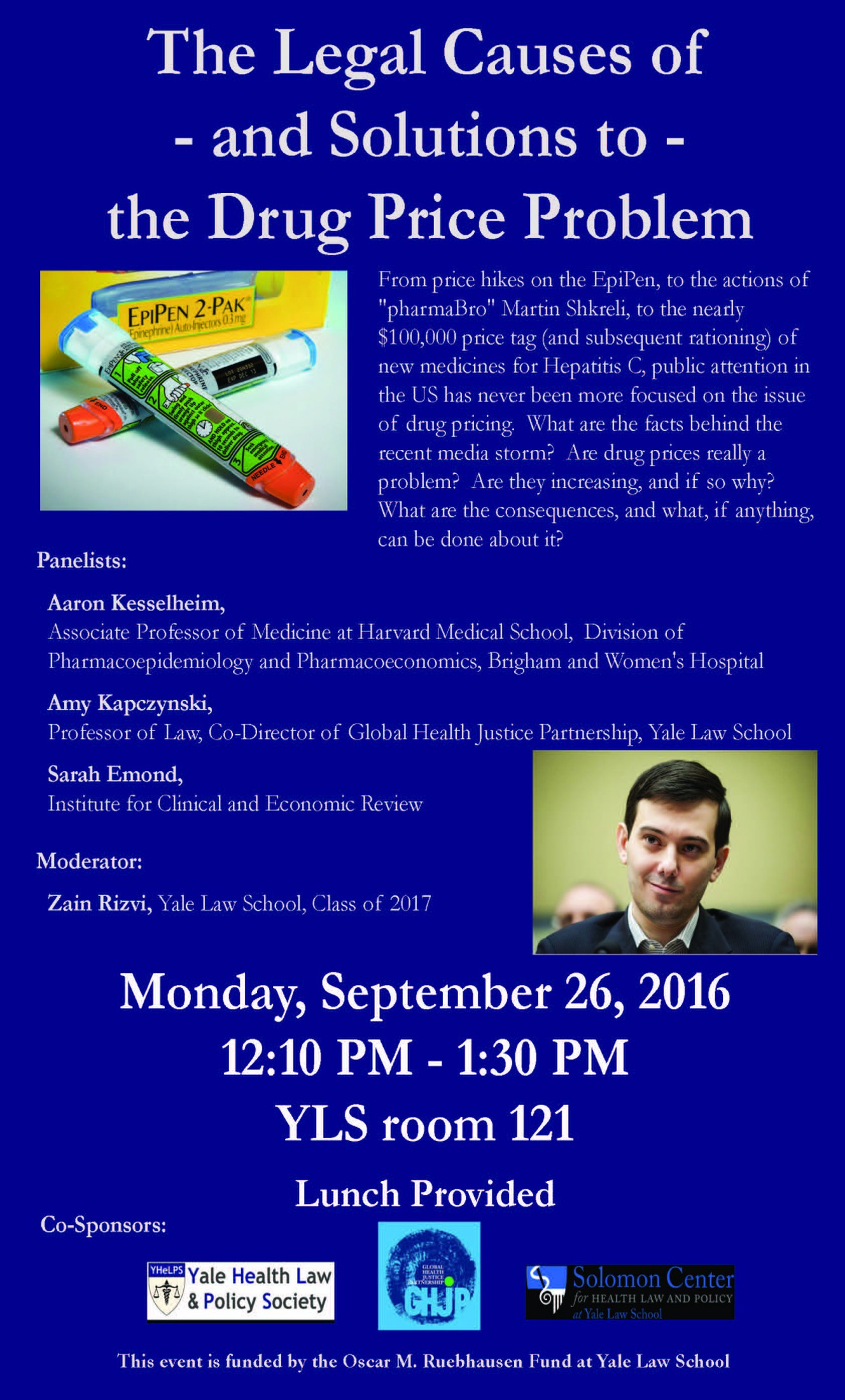 The Legal Causes of - and Solutions to - the Drug Price Problem

The High Cost of Prescription Drugs in the United States: Origins and Prospects for Reform
JAMA article co-authored by Aaron Kesselheim, Associate Professor of Medicine at Harvard Medical School, Division of Pharmacoepidemiology and Pharmacoeconomics, Brigham and Women's Hospital 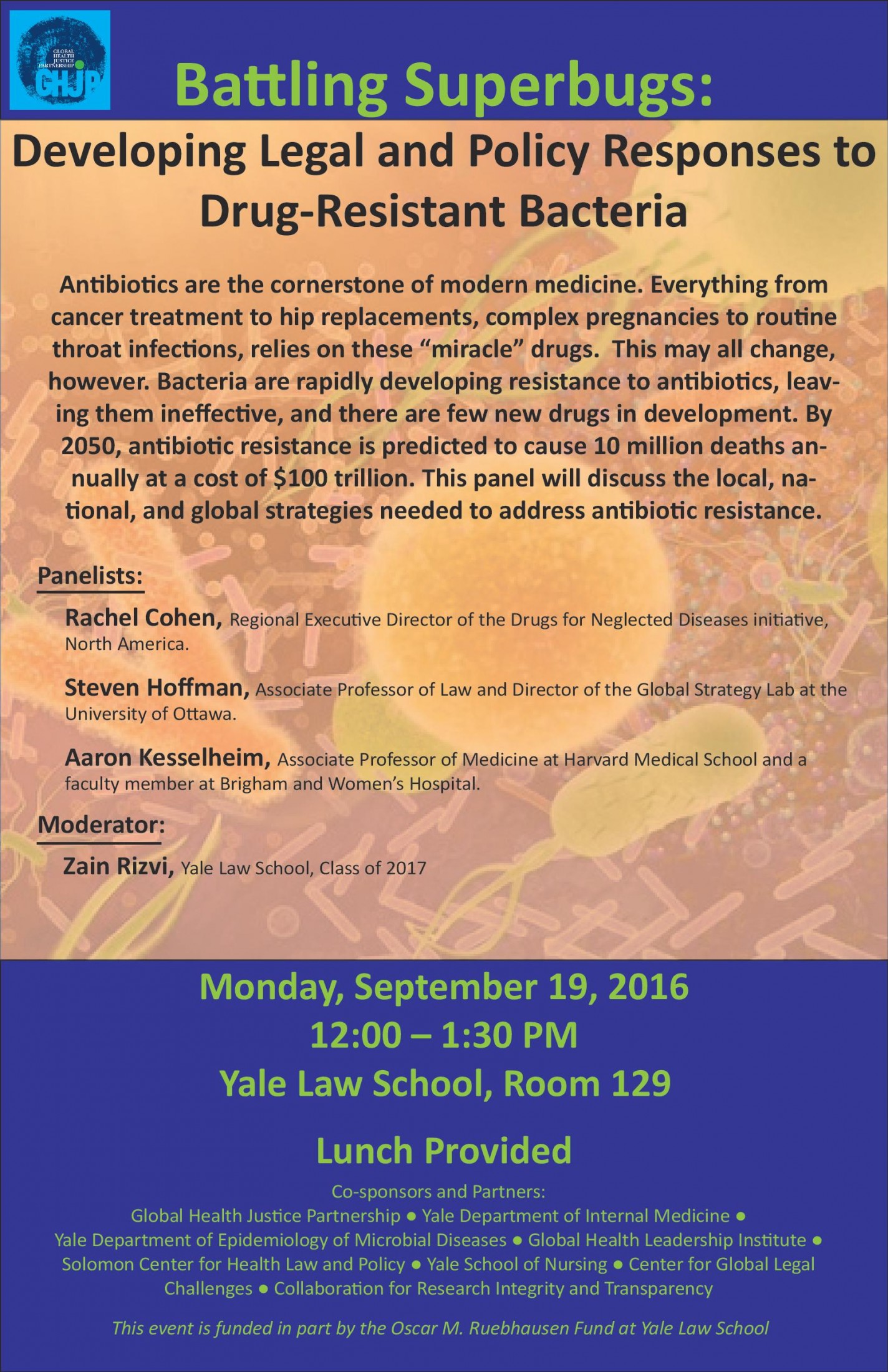