John H. Langbein is Sterling Professor Emeritus of Law and Legal History at Yale Law School. He is an eminent legal historian and a leading American authority on trust, probate, pension, and investment law. He teaches and writes in the fields of Anglo-American and European legal history, modern comparative law, trust and estate law, and pension and employee benefit law (ERISA). He has long been active in law reform work, serving under gubernatorial appointment as a Uniform Law Commissioner since 1984. He was the reporter and principal drafter for the Uniform Prudent Investor Act (1994), which governs fiduciary investing in most American states, and he was Associate Reporter for the American Law Institute’s Restatement (Third) of Property: Wills and Other Donative Transfers (3 vols. 1999-2011).

Professor Langbein has written extensively about the history of civil and criminal procedure, and about the contrasts between modern American and Continental procedure. His book, The Origins of Adversary Criminal Trial (2003), received the Coif Biennial Book Award (2006) as the outstanding American book on law. In 2000 the American Society for Legal History awarded him the Sutherland Prize for his "pioneering work" in legal history. In 2009 he published History of the Common Law: The Development of Anglo-American Legal Institutions (with R. Lerner & B. Smith), a textbook on the history of the legal system. He also coauthors a course book on pension and benefit law--Pension & Employee Benefit Law (with D. Pratt, S. Stabile, & A. Stumpff, 6th ed. 2015). Professor Langbein was elected to the American Academy of Arts and Sciences in 1987. He is an honorary fellow of Trinity Hall, Cambridge, and a corresponding fellow of the British Academy. He is admitted to the bar in Florida and the District of Columbia, and as a barrister of the Inner Temple in England. 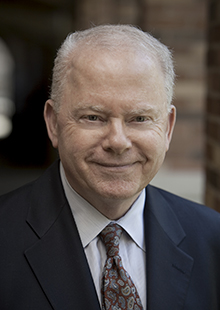 Before moving to Yale in 1989, Langbein was the Max Pam Professor of American and Foreign Law at the University of Chicago. In the 1997-98 academic year he served as the Goodhart Professor of Legal Science at Cambridge University. From 1990 to 2001 he was Chancellor Kent Professor of Law and Legal History at Yale. He has also held academic appointments at Stanford University, Oxford University, New York University, and the Max Planck Institutes in Frankfurt and Freiberg, Germany. He is an honorary fellow of Trinity Hall, Cambridge.

Law Reform Work
Langbein has served continuously as a Uniform Law Commissioner under gubernatorial appointments from Illinois and Connecticut since 1984. He was the reporter and principal drafter for the Uniform Prudent Investor Act (1994), which governs fiduciary investing in most American states. He has served on drafting committees for numerous acts in the fiduciary fields, including the Uniform Probate Code (1989-90 revisions), the Uniform Principal & Income Act (1997), the Uniform Trust Code (2000), and the Uniform Prudent Management of Institutional Funds Act (2006). For the American Law Institute, Langbein served as associate reporter for the Restatement of Property (Third): Wills and Donative Transfers (3 vols. 1999-2011); and as an advisor for the Restatement (Third) of Trusts (1987-2012).

Langbein has served as a consultant and expert witness in pension and trust litigation, and he has appeared in a series of training videos for bank trust officers on aspects of trust and fiduciary practice. He has also testified in Congressional hearings on issues of policy facing the private pension system.

Legal History, Civil and Criminal Justice
Langbein has written a series of articles and books on the history of Anglo-American criminal procedure, as well as books and articles contrasting modern Anglo-American civil and criminal procedure with Continental practice. In 2009 he published a textbook, History of the Common Law: The Development of Anglo-American Legal Institutions with R. Lerner & B. Smith (Aspen 2009). Langbein's book, The Origins of Adversary Criminal Trial (Oxford U.P. 2003), which traces the history of the Anglo-American adversary system of criminal justice, received the Coif Biennial Book Award (2006) as the outstanding American book on law for the period 2003-04. His book on the history of the law of torture, first published in 1977, was republished with a new preface in 2006: Torture and the Law of Proof: Europe and England in the Ancien Regime (Chicago U.P. 2006). In 2000 the American Society for Legal History awarded him the Sutherland Prize for his "pioneering work." His historical account of the disappearance of civil trial in the United States appears in 122 Yale L.J. 522 (2012).

Education
After completing an undergraduate degree in economics at Columbia University in 1964, Langbein studied law and legal history for seven years in England, Germany, and the United States. He graduated magna cum laude from the Harvard Law School, where he was an articles editor of the Harvard Law Review. He received his degree in English law with first class honours from Cambridge University (Trinity Hall). He earned his Ph.D. from Cambridge in 1971. His Ph.D. thesis won the Yorke Prize (1973); published as Prosecuting Crime in the Renaissance: England, Germany, France (Harvard U.P. 1974), the book has been recurrently cited in opinions of the U.S. Supreme Court.

Sterling Professor Emeritus of Law and Legal History John Langbein is quoted in an article on jury selection.

The Most Important Law School You’ve Probably Never Heard Of

Sterling Professor Emeritus of Law and Legal History John Langbein is quoted in an article about the Litchfield Law School.

Conflicts aren't all bad for investors

An article by Sterling Professor of Law and Legal History John Langbein is cited in a commentary.

John H. Langbein, Sterling Professor of Law and Legal History, will give a British Academy Law Lecture on March 17, 2015, in London.

Sterling Professor of Law and Legal History John Langbein was selected as a 2013 Honoree for Exemplary Writing by The Green Bag, a quarterly journal dedicated to good writing about the law.

John Langbein, Sterling Professor of Law and Legal History at Yale Law School, has been elected a Corresponding Fellow of the British Academy.

The American Law Institute has released the third and final volume of its “Restatement (Third) of Property: Wills and Other Donative Transfers, co-authored by YLS Professor John Langbein.

Yale Law School faculty members are among those honored for exemplary legal writing in 2010 by the Green Bag journal.

The Privilege Against Self-Incrimination: Its Origins and Development (with R.H. Helmholz et al.) (Univ. Chicago Press 1997)

Torture and the Law of Proof: Europe and England in the Ancient Regime (Univ. Chicago Press 1977; paperback edition with new introduction, 2006)

What ERISA Means by “Equitable”: The Supreme Court’s Trail of Error in Russell, Mertens, and Great-West, 103 Columbia Law Review 1317 (2003), substantially republished in NYU Review of Employee Benefits and Executive Compensation 2-1 (2004)

Trust-Investment Law in the United States: Main Themes of the Uniform Prudent Investor Act, Shintaku No. 189 (Feb. 1997) (in Japanese)

Social Investing of Pension Funds and University Endowments: Unprincipled, Futile, and Illegal, in Disinvestment: Is it Legal, Is it Moral? Is it Productive? (National Legal Center for the Public Interest, 1985)

Social Investing and the Law of Trusts (with Richard Posner), 79 Michigan Law Review 72 (1980)

The Uniform Trust Code: Codification of the Law of Trusts in the United States, 15 Trust Law International 69 (2001)

The Secret Life of the Trust: The Trust as an Instrument of Commerce, 107 Yale Law Journal 165 (1997); republished in Modern International Developments in Trust Law (D. Hayton, ed.) (1999)

The Twentieth-Century Revolution in Family Wealth Transmission and the Future of the Probate Bar, 1988 Probate Lawyer 1 (American College of Probate Counsel)

Excusing Harmless Errors in the Execution of Wills: A Report on Australia's Tranquil Revolution in Probate Law, 87 Columbia Law Review 1 (1987)

The Nonprobate Revolution and the Future of the Law of Succession, 97 Harvard Law Review 1108 (1984)

Reformation of Wills on the Ground of Mistake: Change of Direction in American Law? (with Lawrence Waggoner), 130 Univ. Pennsylvania Law Review 521 (1982)

“Defects of Form in the Execution of Wills: Australian and Other Experience with the Substantial Compliance Doctrine,” in American/Australian/New Zealand Law: Parallels and Contrasts 59 (ABA Press 1980)

“The Demise of Trial in American Civil Procedure: How It Happened, Is It Convergence with European Civil Procedure?,” in Truth and Efficiency in Civil Litigation: Fundamental Aspects of Fact-finding and Evidence-Taking in a Comparative Context (C.H. van Rhee & Alan Uzelac, eds. 2012)

“Bifurcation and the Bench: The Influence of the Jury on English Conceptions of the Judiciary,” in Judges and Judging in the History of the Common Law and Civil Law: From Antiquity to Modern Times 67 (Paul Brand & Joshua Getzler eds. 2012)

Trinity Hall and the Relations of European and English Law from the Fourteenth to the Twenty-First Centuries, in The Milestones Lectures (Cambridge, England 2001)

The Prosecutorial Origins of Defence Counsel in the Eighteenth Century: The Appearance of Solicitors, 58 Cambridge Law Journal 314 (1999) (awarded the Sutherland Prize, American Society for Legal History, 2000)

The Later History of Restitution, in Restitution Past, Present and Future: Essays in Honour of Gareth Jones 57-62 (Oxford 1998)

The Historical Foundations of the Law of Evidence: A View from the Ryder Sources, 96 Columbia Law Review 1168 (1996)

The Historical Origins of the Privilege Against Self-Incrimination at Common Law, 92 Michigan Law Review 1047 (1994)

“The English Criminal Trial Jury on the Eve of the French Revolution,” in The Trial Jury in England, France, Germany: 1700-1900 (Comparative Studies in Continental and AngloAmerican Legal History) (Duncker & Humblot, Berlin 1987)

The Historical Origins of the Sanction of Imprisonment for Serious Crime, 5 Journal of Legal Studies 35 (1976)

The Origins of Public Prosecution at Common Law, 17 American Journal of Legal History 313

Writing Law Examinations
"Some years ago I prepared this little essay for the guidance of my students. When the essay began to circulate elsewhere, West Publishing volunteered to publish it in these pages with the thought that it might be of help to a wider audience. I hope it is."