About the Connecticut Parentage Act (CPA)

The Connecticut Parentage Act (CPA) is pending state legislation that will ensure that all Connecticut children — regardless of the circumstances of their birth or the marital status, gender, or sexual orientation of their parents — have equal access to the security of a legal parent-child relationship.

Why is the Connecticut Parentage Act Needed?

Connecticut is the only New England state without protections or paths to parentage for non-biological parents to establish their legal relationship with their children. This means the legal relationship between many of the state’s LGBTQ parents and their children is insecure, which leaves children vulnerable. The CPA will fill gaps in existing law and ensure equal access to legal parentage for all children, including those with unmarried, same-sex, or nonbiological parents. Professor Douglas NeJaime and a group of Yale Law School students have been working to pass the Connecticut Parentage Act CPA since 2019.

Watch a short video about the Connecticut Parentage Act: 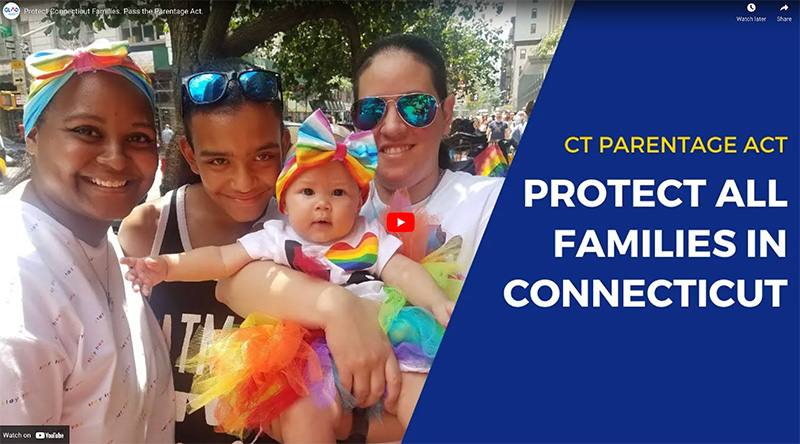 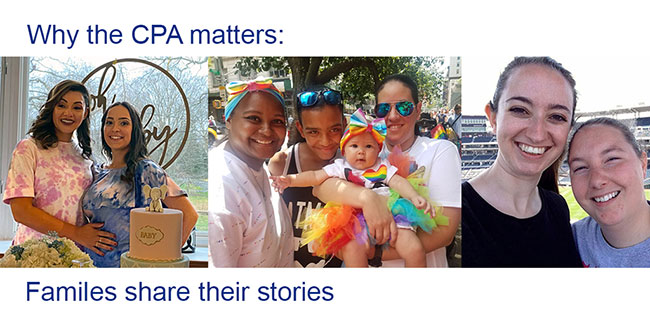 Update: On June 1, Governor Lamont signed the Connecticut Parentage Act into law. This critical update to the state’s parentage law recognizes and protects LGBTQ+ families across Connecticut. On January 1, 2022, the CPA goes into effect.

Join this webinar for families and intended parents to get the information you need before the law goes into effect. RSVP here.

This event is co-sponsored by GLAD and Yale Law School.

Stories in the Press About Parentage and the CPA

Connecticut Post op/ed by Douglas NeJaime and Patience Crozier: Connecticut Can Take a Stand for Inequality

Mombian: Marriage Is Not Enough: Securing Parentage in New England and Beyond

WSHU: Listen to a story about testimony in favor of the CPA before the state judiciary committee

The Hartford Courant: An op/ed by Connecticut state representative Jeff Currey about the CPA.

The CT Mirror: An op/ed by Malina Simard-Halm ’23 titled “Connecticut’s parentage law discriminates against families like mine. It’s time for change.”

Following the U.S. Supreme Court’s 2015 landmark decision in Obergefell v. Hodges, which affirmed the fundamental right to marry for same-sex couples, the Uniform Law Commission promulgated the 2017 Uniform Parentage Act (UPA) to update prior UPA provisions and integrate Obergefell’s core holding. The CPA’s proposed reforms build on the 2017 UPA as well as the CT Supreme Court’s landmark 2008 decision in Kerrigan v. Commissioner of Public Health — which recognized the constitutional right to marry for all CT families — by ensuring Connecticut law treats all parents and their children with equal dignity and respect. The law will also institute much-needed protections for children born through assisted reproduction and all parties involved in the surrogacy process. 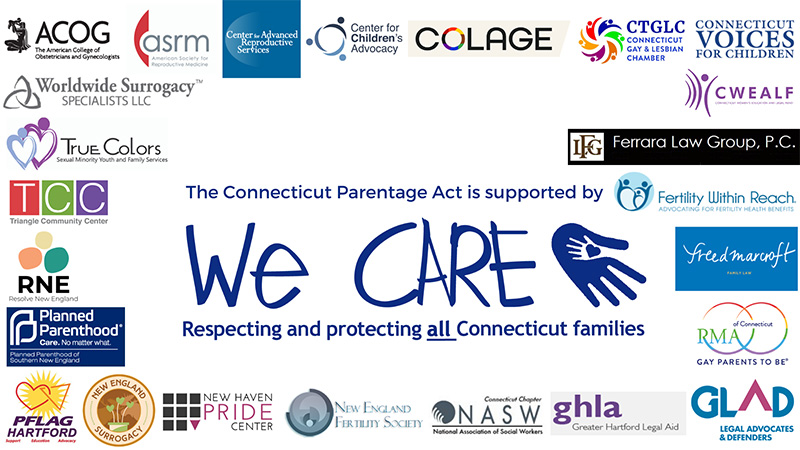