Antitrust and Competition in American Agriculture 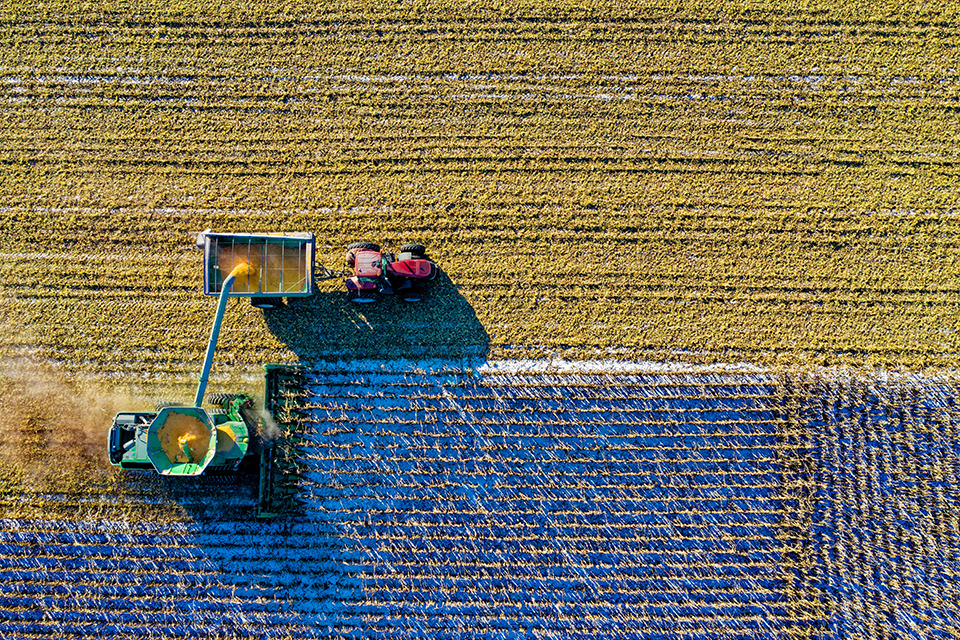 The Law, Ethics & Animals Program (LEAP) hosted Peter Carstensen, LL.B. ’68, a professor at the University of Wisconsin-Madison School of Law, for a discussion on the many antitrust and competition problems in American agriculture. His September 22, 2020 talk, “The ‘Pickle in the Middle’: The Competitive Issues Facing America’s Farmers,” was cosponsored by the Thurman Arnold Project at the School of Management and the Yale Student Environmental Coalition.

Carstensen, whose scholarship and teaching have focused on antitrust law and competition issues, began his presentation by laying out the broader economic and legal conditions that shape competition in American agriculture. Due to economies of scale, the companies that produce inputs for American farmers, such as seeds and equipment, as well as those that process their outputs have become larger and more concentrated over time. This has generated a significant power imbalance between farmers and the companies they buy from and sell to. Additionally, because farmers often cannot exercise control over the supply of their product — cows, for example, give milk 24/7 — farmers’ bargaining power is significantly reduced. Finally, Carstensen explained that a range of legal conditions impact competition issues for American farmers, including a lack of many legal protections for farmers, lax legal enforcement of farming externalities, and patent and other IP rights.

Carstensen argued that monopoly law enforcement under the Sherman and Clayton Acts, which were originally intended to wholly eliminate monopolies, has recently shifted to more narrowly target conduct deemed “unreasonably exclusionary of competition.” This shift, Carstensen argued, has made monopoly law “less effective in dealing with some serious problems in the structure of markets.” Carstensen also argued that the burden of proof required at the pleading stage for parties alleging monopolistic conduct has become unreasonably high, creating a serious barrier to effective antitrust law enforcement. In order to shore up antitrust enforcement in addition to the Sherman and Clayton Acts, Carstensen said that the Federal Trade Commission Act could be used as a “far more expansive” regulatory mechanism. Unfortunately, courts have generally been reluctant to expand the FTC’s authority beyond enforcing basic Sherman and Clayton Act protections, he said.

Much of Carstensen’s presentation was focused on the issue of monopsony, or buyer power, which Carstensen argued is a very serious and underappreciated concern in the seed, hog, livestock, poultry, and dairy industries, among others. Competition law has been relatively ambiguous about the competitive implications of buyer power, and enforcers and courts have generally been much more concerned with monopoly and consumer welfare issues. “If you want to have a workable, efficient, fair, equitably, dynamic market system, you’ve got to be as concerned with buyer power issues as with market issues,” Carstensen said. Carstensen concluded that “farmers face market structures and conduct that harm their access to supplies” and “are also frequently subject to exploitive buying practices with respect to the products they produce.”

Carstensen is a senior fellow at the American Antitrust Institute, former attorney at the Antitrust Division at the Department of Justice, and professor of law emeritus at the University of Wisconsin-Madison School of Law, where he previously served as Associate Dean for Faculty Research and Development from 1993 to 2002. In 2017, he published Competition Policy and the Control of Buyer Power, which received the Jerry S. Cohen Memorial Fund Writing Award for best antitrust book of 2017. He is a graduate of the University of Wisconsin, and received his law degree and a master’s degree in economics from Yale.

On January 16, 2021, the Law, Ethics & Animals Program and the Thurman Arnold Project will cohost a conference entitled, “Big Ag & Antitrust: Competition Policy for a More Humane and Sustainable Food System.” The call for proposals is available here, and attendees can register here.