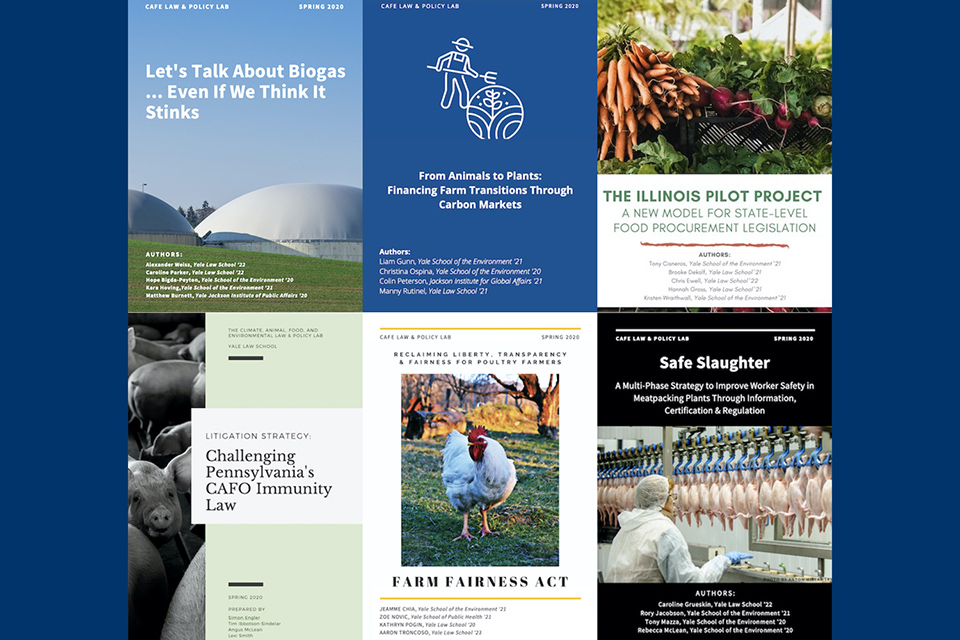 The mission of the CAFE Lab, which launched in January 2020, is to develop novel strategies to compel to address patterns of exploitation and abuse that jointly affect animals, people, and the environment, and related causes, such as consumer safety, worker safety, fair markets, rural economies, and public health. The industrial-scale practices that dominate U.S. meat production are leading contributors to animal suffering, worker exploitation, and environmental degradation worldwide.

While attempts to improve contractual fairness stalled federally, the 2010 GIPSA rule provided a number of substantive protections to poultry growers that could be provided by state legislatures. This report identifies four key areas of reform potentially replicable through state law, and proposes that these reforms be introduced in the state of Virginia.

CAFO immunity laws, or “right-to-farm laws,” are statutes that prevent plaintiffs from seeking redress in court for some of the health and environmental harms caused by industrial animal agriculture. This paper proposes a novel litigation strategy to overturn or curtail Pennsylvania’s CAFO immunity law.

Let’s Talk About Biogas … Even If We Think It Stinks
By Alexander Weiss, Caroline Parker, Hope Bidga-Peyton, Kara Hoving, and Matthew Burnett

State support for anaerobic digester technology is growing rapidly. This technology, which is rarely profitable without government support, promises to reduce greenhouse gas emissions from intensive livestock agriculture, and reduce some associated public health and environmental damages -- but it could also exacerbate harms. This report describes the tools that policymakers can use to mitigate the negative impacts of anaerobic digester legislation to ensure that benefits of the technology are not offset by an expansion of intensive livestock production.

Decades of industry consolidation, de-unionization, and exploitation of immigrant workers has resulted in unsafe work conditions for the half a million people employed in U.S. meat and poultry processing plants. This report proposes that increased public awareness, a worker-safety certification for meat productions, and state-level regulatory reform could together improve worker safety.

The Law, Ethics & Animals Program (LEAP) is a new initiative at Yale Law School dedicated to developing new strategies to address industrialized animal cruelty and its impacts, and to drawing attention to the deep questions of conscience and law raised by humanity’s treatment of animals and the environment.