Can Law Cure a Recession? 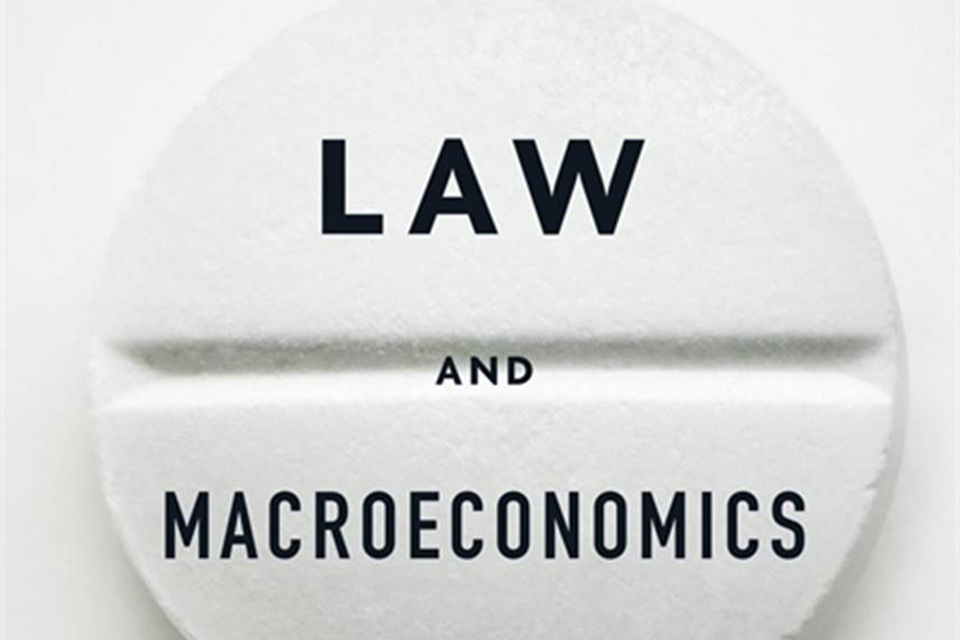 In his new book, Law and Macroeconomics: Legal Remedies to Recessions, Shibley Family Fund Professor of Law Yair Listokin ’05 argues that the law has the potential to substantially ease the effects of the next economic crisis.

The Great Recession of the late 2000s continues to cast its shadow across the economic world, but from this legacy economists and policy makers can, and must, learn important lessons, Listokin argues.

Listokin recounts that policy makers had two tools at hand to harness the effects of the Great Recession: monetary and fiscal policy. The central bank’s monetary policy, which leveraged interest rates to stimulate “aggregate demand,” might have prevented the recession from causing further damage, but it raised fears that financial market bubbles would emerge. Additionally, many raised questions about whether the central bank evaded democratic accountability. Fiscal policy, the second tool, remained dormant as policymakers largely abandoned it after initial discretionary stimulus attempts.

Despite having survived the worst of the damage, Listokin claims “officials still lack the tools to reverse such a downturn when it occurs next.” Without any changes to macroeconomic policy, he worries, the central bank’s actions in future recessions may further erode democratic legitimacy.

Listokin proposes an alternative, underutilized macroeconomic tool for preventing and managing the effects of recessions: the law. The government has used the law as a macroeconomic tool in the past, most prominently during the New Deal, Bretton Woods post-World War II, and the inflation of the 1970s. Although these were not always successful, Listokin argues that under certain conditions the law offers a vital alternative to fiscal and monetary policy tools. He builds his argument by recalling positive and cautionary examples, from the New Deal to the Keystone Pipeline, the constitutionally fraught bond-buying program unveiled by the European Central Bank at the nadir of the Eurozone crisis, the ongoing Greek crisis, and the experience of U.S. price controls in the 1970s. New and existing legal instruments can offer a means to stimulate aggregate demand when monetary policy proves ineffective, Listokin suggests. Moreover, whereas monetary policy can press the legitimacy of central banks to their breaking point, law can ease this tension.

Law and Microeconomics, writes Bruce Ackerman, Sterling Professor of Law and Political Science at Yale, promises to contribute to “social justice and economic prosperity for the next generation.”