Is the Constitution the Problem?

Democracy and Dysfunction features a series of exchanges about our current political predicament between two prominent scholars of American constitutional law, Knight Professor of Constitutional Law and the First Amendment Jack M. Balkin of Yale Law School and Professor Sanford Levinson, W. St. John Garwood and W. St. John Garwood, Jr. Centennial Chair of Law at the University of Texas. In a series of letters to each other written between October 2015 and early 2018, the authors debate whether we are in the middle of a constitutional crisis, and whether the Constitution itself is behind our current political troubles. 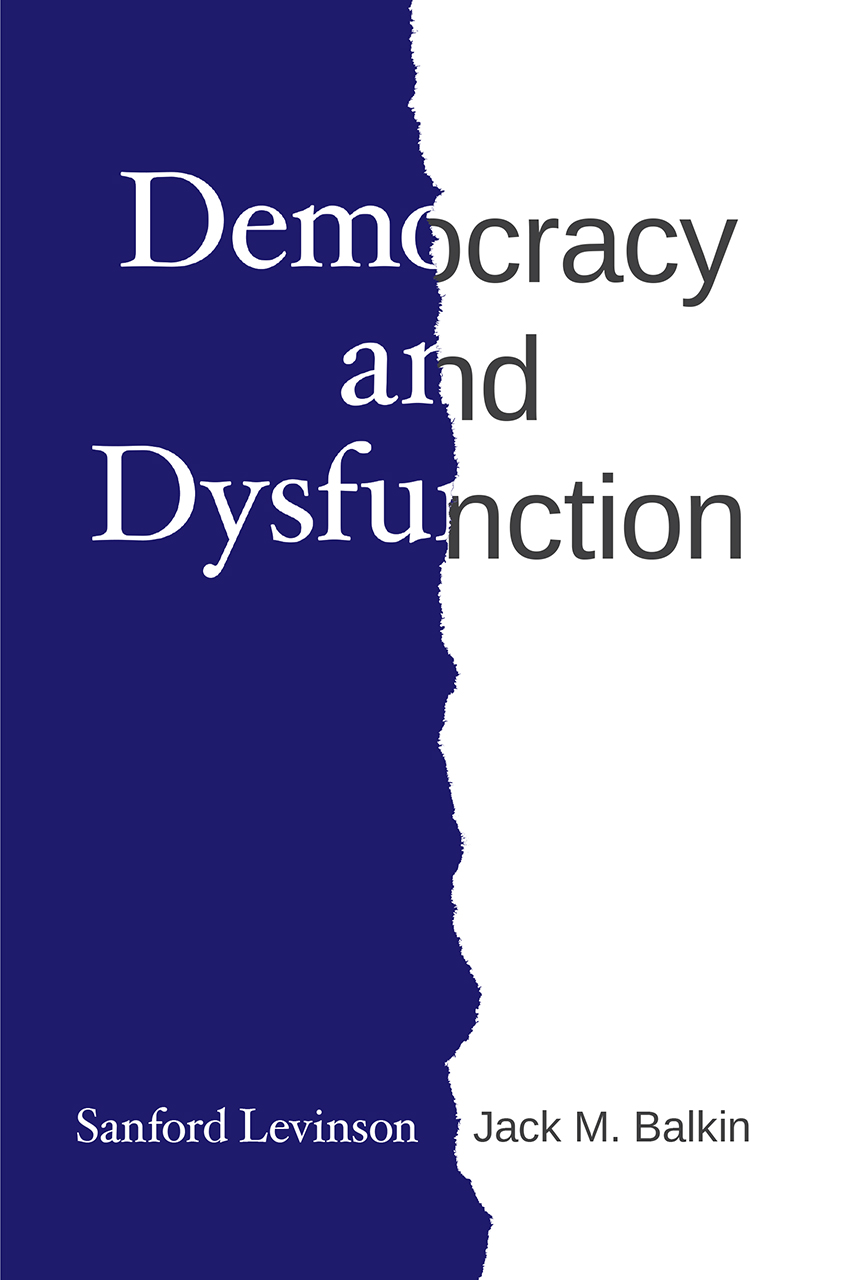 Levinson argues that the U.S. Constitution is the root cause of our difficulties. It is undemocratic and ineffective. It has made political polarization worse. The Executive branch has grown so powerful and unaccountable that it verges on “presidential dictatorship.” We need a series of new constitutional amendments, or even a new constitutional convention. If we do not act soon, he writes, the country may fall apart.

Balkin argues that we are experiencing dysfunction because the Reagan regime that has dominated American politics for almost 40 years is slowly grinding to an end. For him, Donald Trump’s corrupt presidency represents its final unravelling. We are not in a constitutional crisis, he writes, but we are experiencing “constitutional rot:” a decay in the norms and practices that maintain our system as a democracy and a republic. Political polarization and economic inequality are both causes and symptoms of this rot, he argues. Our system of government has become an oligarchy controlled by its wealthiest members. The end of the Reagan era marks a crucial turning point. Things look bad now, Balkin writes, but if people mobilize for change, our current quandary offers the possibility for political renewal.

Balkin and Levinson discuss possible fixes for our political institutions. Levinson argues that a new constitutional convention is necessary. Balkin lists eight reforms that could improve our democracy without requiring a constitutional amendment. Although the authors differ about the causes and the cures of our dysfunction, they agree that an obsessive concern with Supreme Court doctrines is a distraction. Americans must focus on deeper institutional reforms, as they have before at important moments in our nation’s history. Political decisions made in the next several years, they assert, will be crucial to the future of American democracy.