Would Trump leave Florida to make DeSantis his running mate? He might have to. Tampa Bay Times 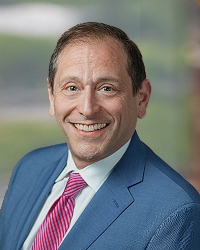 Alter represents clients in complex commercial and regulatory litigation, including trials and appeals. In addition to litigating business disputes of all kinds, including breach of contract, fraud, unfair business practices, and shareholder disputes, Alter is a pioneer in the field of cryptocurrency regulation and litigation. He also represents potential relators or whistleblowers in False Claims Act and qui tam actions.

Alter also defends clients in regulatory enforcement actions and government investigations. He regularly represents individuals and companies appearing before the New York Attorney General’s Office, other state attorneys general across the country, the New York Department of Financial Services, and other federal and state regulators in the financial services industry in licensing and compliance matters.

“We are thrilled Danny has joined the firm,” said Russell Yankwitt, managing partner. “We’ve known Danny for years and have seen firsthand how he resolves complex cases using creative, out-of-the resolutions to achieve his clients’ desired outcomes. His breadth and depth of experience in leadership positions with the government and in the private sector gives him a deep understanding of his adversaries’ perspectives – an invaluable benefit to our clients. We look forward to working with him in all of our existing practices and leveraging his experience to develop new ones.”

With nearly 30 years’ experience practicing law, Alter brings a rich background in civil and commercial litigation to Yankwitt LLP. As an AUSA, Alter held the supervisory positions of Acting Chief and Deputy Chief in the Civil Division. He also served as a supervisory liaison with federal agencies and coordinated all antiterrorism-related civil litigation associated with the 9/11 terrorist attacks conducted in the Southern District of New York.

Prior to joining Yankwitt LLP, Alter was a partner in a leading New York City law firm representing the financial services industry on regulatory and litigation matters. Earlier, he was general counsel to a New York State chartered trust company and also served as National Civil Rights Director for the Anti-Defamation League.

After graduating from Yale Law School, Alter clerked for two appellate judges for the Second Circuit — the Honorable John M. Walker Jr. and the Honorable Guido Calabresi. He also served as an adjunct professor and senior fellow at New York University School of Law.

COVID-19 infections and deaths are soaring in Myanmar as junta attacks target health care professionals. Credit: ILO in Asia and the Pacific.