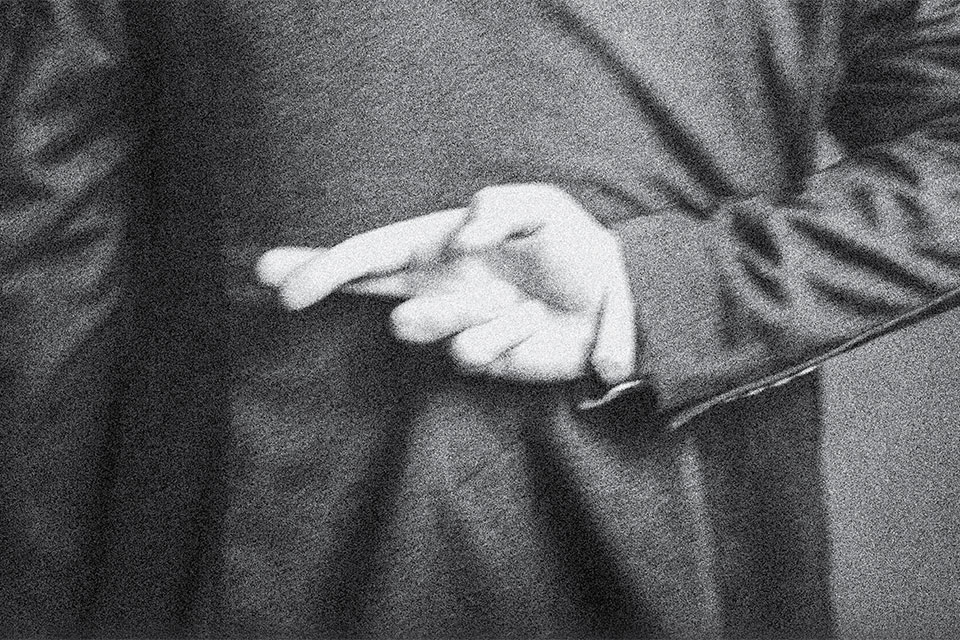 Yale Global Health Justice Partnership (GHJP) released two complementary analyses on prostitution “diversion” programs (PDPs), one national in scope and the other focused specifically on New York City programing. The reports reveal that PDPs in the United States are radically varying, but share a common thread: across the board, PDPs operate contrary to their own claims of stopping the revolving door of criminalization and victimization of ostensibly “trafficked” or “exploited” people.

While PDPs position themselves as rehabilitative and compassionate alternatives to the criminal adjudication of prostitution offenses, initial findings presented in the reports suggest that, in reality, they are unable to fulfill their goals. Most do not offer sustained interventions capable of addressing the structural needs of sex workers, and all expand the coercive reach of penal institutions by enabling them to act as gatekeepers and managers of social services. Thus, the reports argue that PDPs often fail to divert people in the sex sector from the potential harms associated with criminal justice system involvement. 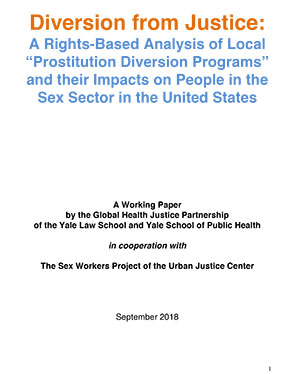 The full working paper analyzing PDPs nationwide is titled Diversion from Justice: A Rights-Based Analysis of Local ‘Prostitution Diversion Programs’ and their Impacts on People in the Sex Sector in the United States.

Diversion from Justice presents an initial mapping, provisional taxonomy, and suggested evaluation framework for PDPs across the country from a health and rights perspective, while Un-Meetable Promises offers a deep dive on the genealogy, ideology, structure, and practices of a PDP in a single setting (in this case, the Human Trafficking Intervention Courts, or HTICs, of NYC).

“The Sex Workers Project welcomes the release of these reports,” said Jessica Peñaranda, Director of Movement Building at the Sex Workers Project and lead contributor to the report on the HTICs in NYC. “As an organization that directly serves individuals who engage in sex work by choice, circumstance or coercion, as well as survivors of human trafficking, some of whom have gone through the HTIC system, we know that state institutions continue to traumatize and harm communities every day through policing and criminalization. The approach of ‘diversion’ programs fails to understand and address root causes of poverty, vulnerabilities of marginalized communities, and cycles of state violence.”

Diversion from Justice and Un-Meetable Promises are products of a multi-year collaboration between the GHJP and the Sex Workers Project of the Urban Justice Center (SWP-UJC) in New York. The collaboration, supported by the Levi Strauss Foundation, sought to bring the resources of the academy to support NGOs working with marginalized communities. Originally focusing on the intersections of laws criminalizing prostitution and HIV, with the input of sex worker advocates, the joint project evolved to encompass the broader web of laws and criminal justice system practices impacting people in the sex sector.

As Alice Miller, Co-Director of the GHJP and lead contributor to both reports, explained, “In the course of these investigations with SWP-UJC into the frameworks around prostitution policing, it became clear that there was a pressing need for rights- and health-based attention to these newly emerging practices calling themselves ‘diversion.’ Our research revealed everyday injustices, as well as incoherence, arising from these locally-driven processes: scattershot surveillance tactics, troubling policing practices, and deeply subjective judicial responses to street-level prostitution and related low-level offenses — a shocking result, especially given that these processes claim to be alternatives to traditional CJS actions.”

Recent years have seen a burgeoning wave of enthusiasm for PDPs, which combine penal and therapeutic approaches to prostitution charges without changing its legal status as a criminal offense. Purportedly, the courts facilitate access to social services to help people avoid re-penalization and to support their ability to make significant life changes. 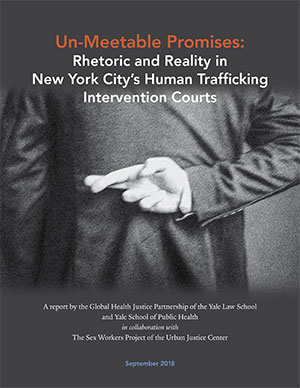 According to the authors, despite the booming interest in PDPs and unequivocal claims to positive impact, little is known by proponents and implementers about their actual benefits and risks, particularly with regards to the lives, rights and health of an already marginalized defendant population. Empirical information is not collected or available, and what little is known is insufficiently analyzed.

Given this informational and analytical gap, the publications were developed to stimulate greater public discussion and accountability of PDPs. Diversion from Justice reveals that while PDPs often use similar terms, local courts vary dramatically, making it difficult to understand their actual operations. The rhetorical language shared by PDPs and the opaqueness of individual programs triggers concerns about court overreach, disrespectful practices, limited benefits, and almost no engagement of the views of the persons most affected.

Both reports challenge the notion that PDPs – particularly court actors – can ethically and efficaciously deliver social services. The analyses sound the alarm over making access to services contingent on involvement in a coercive system that frames defendants as “victims” but treats them like criminals by conflating all sex sector activities with “trafficking.” These tensions point to one of the reports’ primary critiques and recommendations for reform: embedding social services in a criminal justice context enables an overreach by the courts as gatekeepers and managers of services, and mitigating immediate harms to sex workers requires shrinking (not expanding) the authority of the courts over defendants’ lives.

RJ Thompson, Esq., Managing Director of the SWP-UJC, emphasized that PDPs cannot fulfill their rehabilitative promises when the system itself is “rooted in white supremacist patriarchal capitalism where certain people are viewed as ‘criminal’ or needing rescue and some behaviors such as sex work are viewed as problems to be solved. This approach is deeply paternalistic. Sex work is valuable work that often benefits both workers and clients, yet it continues to be deeply stigmatized and sometimes violently policed and criminalized.” As such, the reports argue that real movement forward will require fundamental changes in state law and practice – i.e., the complete decriminalization of sex work and the development of alternative community-informed systems of accessing social services.

In the interim, the reports propose that some of the more immediate failures of the PDPs can be redressed, not by papering over the chasms, but with concrete shifts in practice and policy undertaken by key actors. By proposing a sharply retracted role for the courts and stronger mechanisms for public accountability, the reports suggest reforms that would minimize defendant contact with the criminal justice system and thereby, hopefully, reduce harms to sex workers as individuals and as communities. Only through more meaningful analysis and change of their practices can the courts serve their stated goals of treating all persons coming through their doors with the basic tenets of respect, dignity and personhood.

“We hope these reports expand the conversation and challenge stakeholders to think critically about how PDPs view and interact with sex workers and human trafficking survivors under the guise of support and services,” said Peñaranda.

The Yale Global Health Justice Partnership (GHJP) is a program hosted jointly by Yale Law School and Yale School of Public Health that tackles contemporary problems at the interface of global health, human rights, and social justice. The GHJP is pioneering an innovative, interdisciplinary field of scholarship, teaching, and practice, bringing together diverse leaders from academia, non-governmental, and community-based organizations to collaborate on research projects and the development of rights-based policies and programs to promote health justice.

Research for this report was supported by a grant from the Levi Strauss Foundation. This work is an initiative of the Gruber Project for Global Justice and Women’s Rights. Inquiries can be sent to Poonam Daryani at poonam.daryani@yale.edu.