When President Barack Obama signed the Affordable Care Act (ACA) into law on March 23, 2010, it became a monumental and almost immediately polarizing achievement. Not since the Medicare and Medicaid legislation of 1965 had such an ambitious health care bill touched so many aspects of American life. 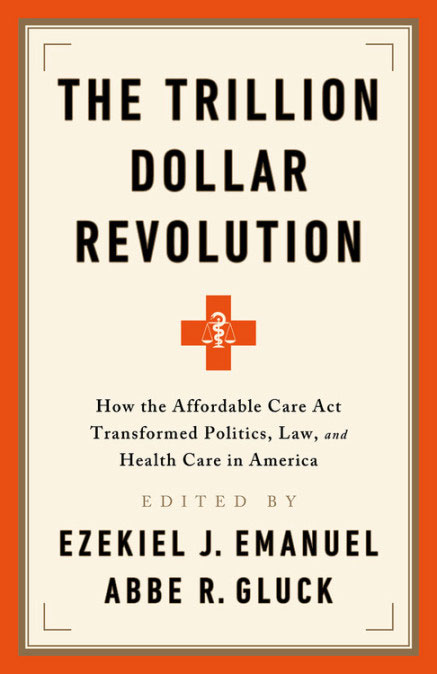 A new book timed to coincide with the 10-year anniversary of the ACA examines the law’s first decade — assessing its successes, shortcomings, and the road ahead. The Trillion Dollar Revolution: How the Affordable Care Act Transformed Politics, Law, and Health Care in America, edited by Abbe R. Gluck ’00, Professor of Law and Faculty Director of the Solomon Center for Health Law and Policy, and Dr. Ezekiel J. Emanuel, Vice Provost for Global Initiatives at the University of Pennsylvania, collects essays by an all-star roster of health care experts, policymakers, lawyers, and scholars on all sides of the political spectrum. Contributors include two former Secretaries of Health and Human Services, Kathleen Sebelius and Sylvia Mathews Burwell; two former U.S. Solicitors General, Paul Clement and 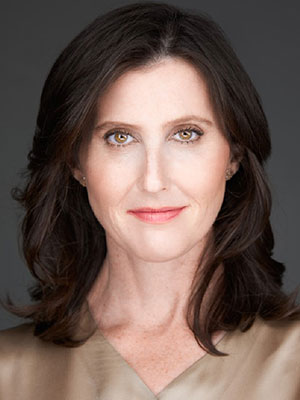 “The ACA has been the most attacked and — as it turned out — the most resilient piece of social welfare legislation Congress has ever passed,” Gluck and Emanuel write in the book’s introduction. “Challenged in court minutes after it was enacted…the ACA was partially gutted by the Supreme Court before its main provisions even took effect.” In surviving a decade of challenges, Gluck and Emanuel note that the ACA’s “protections, coverage aims, and vision for a changing health care system have created a new understanding of what the American health care system should be.” Indeed, “the ACA seems to have shifted the baseline of what Americans understand to be the goals of their health care system…an alternative that would undo a substantial part of the law’s coverage gains no longer appears acceptable to the public.”

The ACA’s impact has been felt far beyond healthcare, Gluck and Emanuel write. In the last decade, the ACA has fundamentally altered the country’s politics, law, and governance.  The ACA has affected 18 percent of the U.S. economy, been challenged six times in the U.S. Supreme Court, and has expanded health care coverage for more than 20 million people. It has changed constitutional law, American federalism, administrative law, and turned elections at both the state and federal levels. And despite the controversies surrounding it, the law has only become more popular among the American public with time.

The Trillion Dollar Revolution addresses each of these issues and more, with sections that cover the complex goals of health care reform, the turbulent policy and politics of implementation, how the ACA has shaped American law and governance, the impact of the ACA on the health care system and market, and the future of health care policy. The book was also the basis for a landmark conference at Yale Law School in September 2019, convened by the Solomon Center alongside the Healthcare Transformation Institute at the University of Pennsylvania’s Perelman School of Medicine. Drawing over 450 attendees from a broad range of disciplines, the conference featured Gluck, Emanuel, many of the book’s contributors, and some of the most important players involved in the ACA’s passage and implementation. Over the course of two days, the event assessed the ACA from many of the angles covered in the book—with keynote addresses by Rahm Emanuel, Kathleen Sebelius, and U.S. Senator Chris Murphy.

Gluck’s recent work on the ACA extends beyond the book and conference to include two major articles appearing in the Georgetown Law Journal in March. The first — addressing the Affordable Care Act’s entrenchment, authored with Thomas Scott-Railton ’18 — tells the story of the law’s extraordinary resilience in the face of unprecedented challenges as well as how it transformed our understandings of the right to health care. The other, coauthored with Erica Turret ’20 and Mark Regan, is the definitive account of the ACA’s decade of litigation history. Gluck has coauthored amicus briefs in the two previous Supreme Court challenges to the ACA and written a series influential articles and op-eds on the legal claims.

Gluck and Emanuel’s book sheds new light on the ACA while pointing to what the future might hold as it enters its second decade in an even more politically turbulent climate. Writing in the introduction to a Health Affairs blog series based on their book, Gluck and Emanuel note that there “can be no simple evaluation of a law that has had as large an impact as the ACA.” Over its first ten years, they conclude, the ACA “took on a life of its own, shaping many different facets of American society and in turn being shaped by them. Its ultimate impact is yet to be felt, but it ranges well beyond health care, and is profound.”