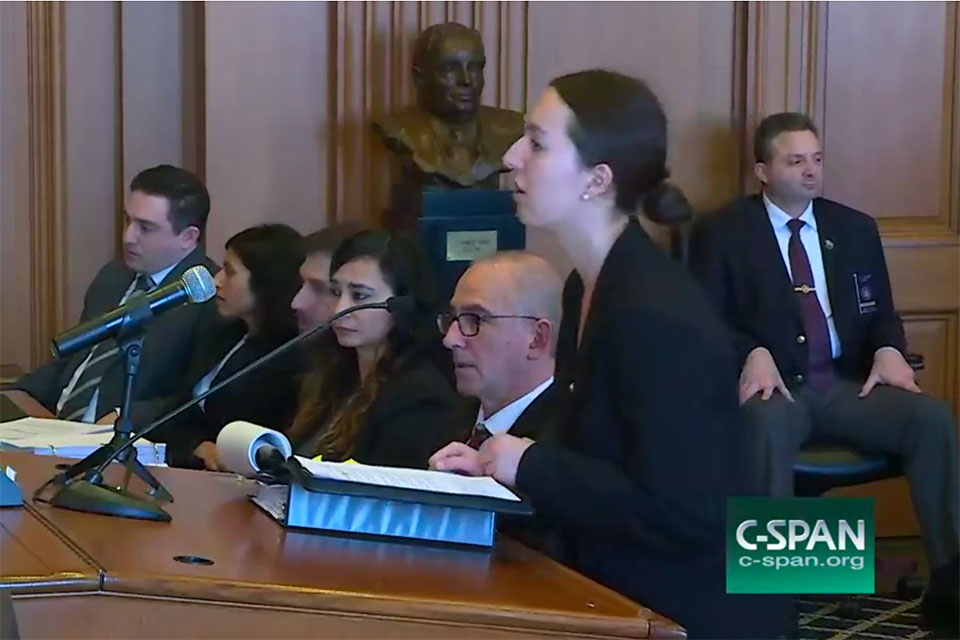 Hannah Schoen ’19 argued before the Second Circuit in Batalla-Vidal v. Trump on January 25, 2019

On January 25, 2019, Hannah Schoen ’19, a 3L student in the Worker & Immigrant Rights Advocacy Clinic (WIRAC) at Yale Law School, argued before the U.S. Court of Appeals for the Second Circuit in Batalla-Vidal v. Trump, a case challenging the rescission of the Deferred Action for Childhood Arrivals policy (DACA). 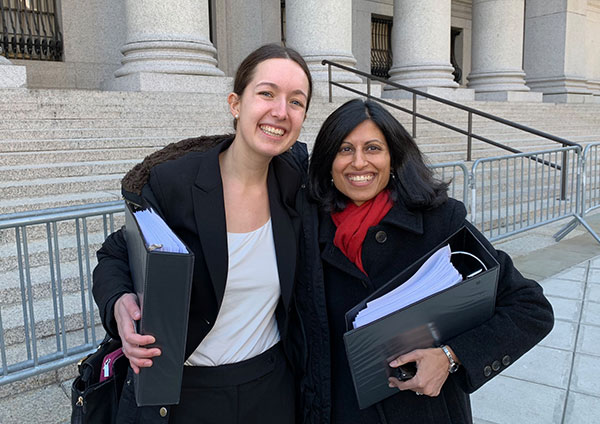 WIRAC and its partners were the first in the nation to challenge the termination of DACA in September 2017. Martín Batalla Vidal, a DACA recipient, and Make the Road New York (MRNY) asked permission to amend their original complaint in order to argue that President Donald J. Trump’s actions violate federal law and the equal protection guarantee of the Constitution.

In February 2018, WIRAC won a nationwide injunction halting the termination of the DACA program, a major victory for the clinic. The ruling was the second to enjoin the rescission of DACA. The government appealed to the Second Circuit resulting in today’s hearing where Schoen argued before the three-judge panel.

“It was thrilling to watch Hannah defending the DREAMers, including her own classmates,” said Yale Law School Dean Heather K. Gerken. “It’s hard to imagine that she was in my small group just two years ago, and now she is arguing one of the most important cases of the year.”

Students in the Worker & Immigrant Rights Advocacy Clinic at the Law School represent immigrants, low-wage workers, and their organizations in labor, immigration, criminal justice, civil rights, and other matters.