The History of Economics 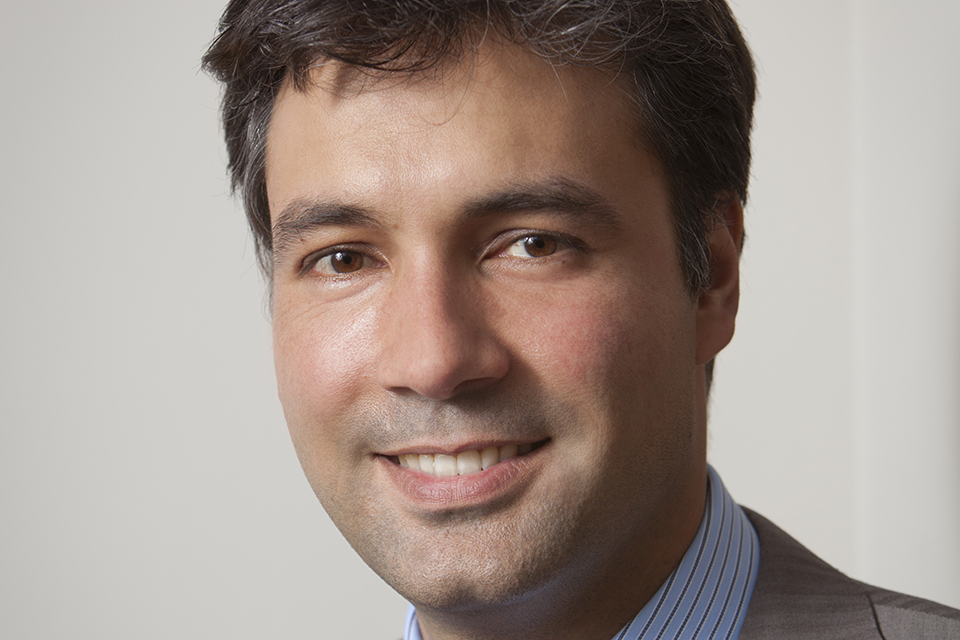 David Singh Grewal ’02 received tenure and was promoted to the title of Professor of Law at Yale Law School on July 1, 2016. He holds a secondary appointment in the Yale Political Science Department. His teaching and research interests include legal and political theory; global economic governance, particularly international trade law; intellectual property law and biotechnology; and law and economics. He has published on legal subjects in the Harvard Law Review, the Yale Law Journal, and several other law reviews, and on a variety of topics in political theory and intellectual history in several peer-reviewed journals. He is a Faculty Fellow of the Information Society Project at Yale Law School and a member of the board of directors of The BioBricks Foundation. Before joining Yale Law School, he was a Junior Fellow of the Harvard University Society of Fellows.

On the occasion of Grewal’s promotion, we asked him a few questions about his research and teaching.

What do you enjoy about teaching in general and teaching Yale Law students in particular?
I love teaching Yale Law students because I can treat them as colleagues—prospective colleagues a few years younger than me, of course, but maybe all the sharper for that. At its best, teaching here means thinking together with other dedicated people—who happen to be students—about issues that are at once interesting and important. What could be better than that?

You’ve written about Thomas Piketty’s analysis of inequality. Does looking at the past give us tools to help design new models for economic reform?
Yes and no. I’m currently researching the history of economic thought and am often struck by the recurrence of the same ideas over the past few centuries—with a twist here or there in each new generation, sure, but often in ignorance of what was thought about and debated before, and what was tried earlier in terms of policies or reforms.

It certainly can’t help to be ignorant of the past. At the same time, history is not an archive of blueprints waiting to be found and set before us again. It’s true—and this is a point that Piketty’s important analysis has revealed—that current levels of inequality have come to resemble those of the Gilded Age at the end of the nineteenth century. But what we want to take from that fact—and how heavily we want to borrow from the repertoire of legal reforms from that era—must obviously be something that we decide on today, given our values, commitments, and constraints.

My own sense is that redressing inequality today will prove even harder, in some respects, than in that earlier era, owing to the constraints that economic globalization now places on domestic reforms. The current backlash against globalization even has historical precedents in earlier eras. It certainly hasn’t helped our policymakers to be ignorant on that score—which is something I emphasize to my students in International Trade Law when we spend the first few class sessions going over the historical record.

Can open-source biotech help solve global health issues? What are the legal or moral questions that need to be considered?
I think and hope it will be able to help solve not only global health problems but much more. There has been remarkable progress made in biotechnology over the past decade, which recent advances in gene-editing techniques (such as CRISPR) will consolidate and deepen. The bioethical, environmental, economic, and social implications of the power to reshape nature—including human nature—have only just begun to be explored. This technology is not going to just “go away,” even if we might wish it would, and neither will it develop in a “neutral” fashion. (Technologies don’t have predetermined ends; they are what we make them.)

The questions that we should be asking about the new biotechnology is who will control it, by what means (legal and otherwise), and for what purposes? Outside the law school, but very much related to some of my research, I’ve been on the board of a nonprofit organization, The Biobricks Foundation, which is dedicated to the open-source development of beneficial biotechnologies. We believe that foundational advances in biotechnology should be “open” in the sense of not controlled by any private actor or set of actors, and developed in an ethical way that “benefits all people and the planet,” as our mission statement has it. What precisely that means, of course, is an open question—but if we can get people asking it, we’ll have succeeded.

Tell us about your forthcoming book: The Invention of the Economy.
Invention is a history of economic thought running from ancient times through to the formation of what we call the modern economy. It rejects the drift of most histories of economic thought, which assume that the emergence of economics followed the rise of the modern economy (and then took that economy as its object of study). It claims instead that economics emerged in a reaction to the rise of the early modern state—and that it was state power, working through law and guided by the “moral science” of political economy, that made the economy. Economics is, in this sense, a constructive discourse, not simply a descriptive one: it helped bring about the very thing it takes as its focus.