Jennifer Eberhardt on Social Psychological Approaches to Race and Crime 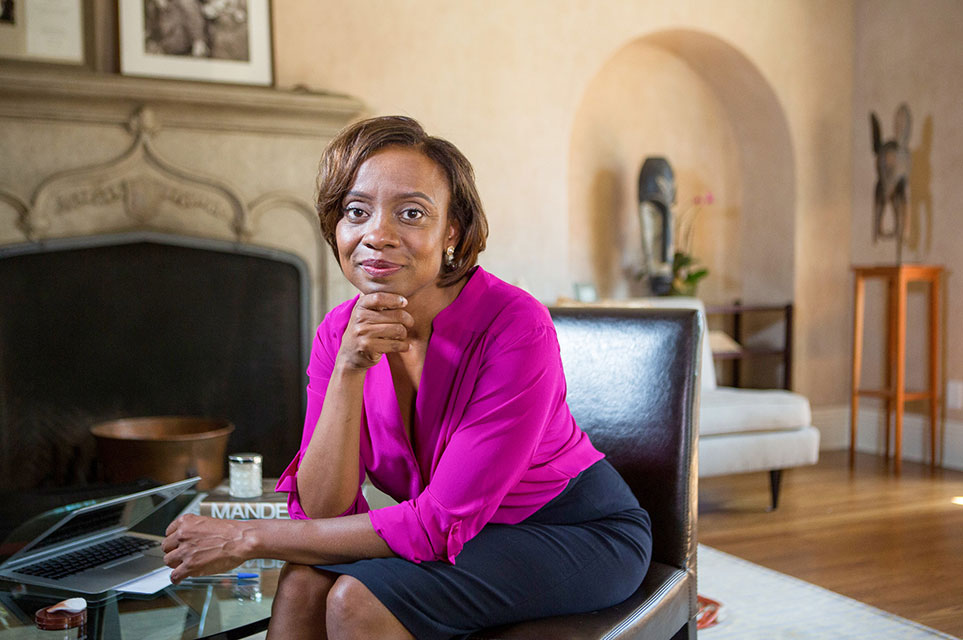 Dr. Jennifer Eberhardt of Stanford University visited Yale Law School on April 11 to discuss how stereotypical associations affect outcomes in the criminal justice system. Discussing research her and her colleagues have conducted, as well as the research of other social psychologists, Eberhardt’s talk covered a range of outcomes of stereotypical associations, including the propensity to associate Black Americans with crime, and to support punitive policies when they disparately impact Black Americans. The research involved outcomes among various actors in the criminal justice system, including the decisions that police make and the decisions that members of the public make as jurors and voters.

She also presented research demonstrating that learning about disparities in the criminal justice system can increase those disparities. With her former student Rebecca Hetey, Eberhardt tested whether seeing the California prison population as populated by Black prisoners would decrease support for an amendment reducing the severity of California’s Three Strike Law. The researchers found that when participants were first presented with pictures of prisoners and 45% were Black, rather than just 25%, they were less supportive of the amendment that would prevent defendants convicted of non-violent offenses from serving 25 years to life simply because they had been convicted twice before. In a similar experiment, they showed that New York City residents presented with a 60%, rather than 40% Black prison population expressed greater concern about crime and were less likely to sign a petition to end Stop and Frisk (Hetey & Eberhardt, 2014).

Eberhardt ended her discussion pointing to potential ways of reducing the impact of biases. She discussed some of her work with police in California. As examples of ways to reduce the impact of stereotypes on disparities in the criminal justice system, she also mentioned research conducted by Joshua Correll and his colleagues, suggesting that use of force training could be an effective tool for reducing the bias to misidentify unarmed Black civilians as holding weapons (Correll, Park, Judd, Wittenbrink, Sadler, & Keesee, 2007). She also discussed the potential for bodycams, when used correctly, to increase accountability.

James Mooney ’19 is a Liman Fellow at the ACLU of Illinois.