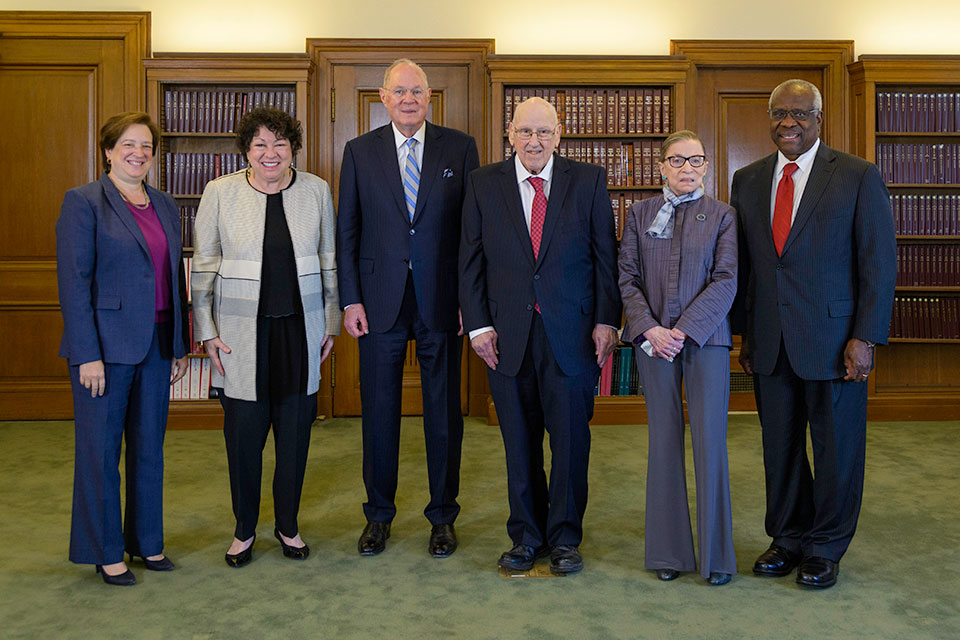 The Devitt Award is the American judiciary's highest honor that is bestowed upon an Article III federal judge. It was created by the late Dwight D. Opperman, when he served as president and chairman of the West Publishing Company.

Judge Winter commented, "I am deeply honored by having been chosen to receive the Devitt Award, named after a most distinguished jurist and sponsored by the Opperman Foundation, which has played a central role in enhancing American jurisprudence. My thanks to the Selection Committee for this most humbling award."

Judge Winter was appointed United States Circuit Judge for the Second Circuit on December 10, 1981. He received a B.A. degree from Yale College in 1957 and an LL.B. degree from Yale Law School in 1960. He served as a law clerk to Judge Caleb M. Wright, Chief Judge, U.S. District Court, Delaware, 1960-61, and to Judge Thurgood Marshall, U.S. Court of Appeals, Second Circuit, 1961-62. Judge Winter was a full-time member of the Yale Law School faculty from 1962 until entering judicial service, and he continued to teach at the Law School until 2015.

Judge Winter has received the Connecticut Law Review Award, Honorary Doctors of Law from Brooklyn Law School and New York Law School, the Federal Bar Council's Learned Hand Award for Excellence in Federal Jurisprudence, and the Yale Law School Alumni Association's Award of Merit. He is a Fellow of the American Academy of Arts and Sciences.

Winter also has a lecture fund at Yale Law School, which was established by former law clerks to discuss issues surrounding corporate law and governance. The law school also created a Judge Ralph Winter Prize, which is awarded annually to the Yale Law student who has written the best paper in law and economics.

The Devitt Award honors an Article III judge who has made significant contributions to the administration of justice, the advancement of the rule of law, and the improvement of society as a whole. It is named for the late Edward J. Devitt, the longtime chief judge of the U.S. District Court of Minnesota. Learn more information on the Devitt Award.