The Justice Collaboratory at Yale Law School prescribes a robust, meaningful, and economical transparency mandate for all modern police departments in the second entry in its series of model legislation.

The entry, Data and Transparency, lays out a model for making police data more widely available. The model aims to:

The proposal starts with the premise that municipal police departments collect a wealth of data and information. However, according to the proposal, most of this data remains inaccessible and, as a result, underutilized. The increased adoption of digital record management systems (RMS) by police department presents an opportunity to change this, the model proposes.

By releasing open data through their record management systems, police departments could simultaneously improve public transparency and permit in-depth analysis of departmental data while avoiding the substantial cost of performing such analysis only in-house, according to the model. 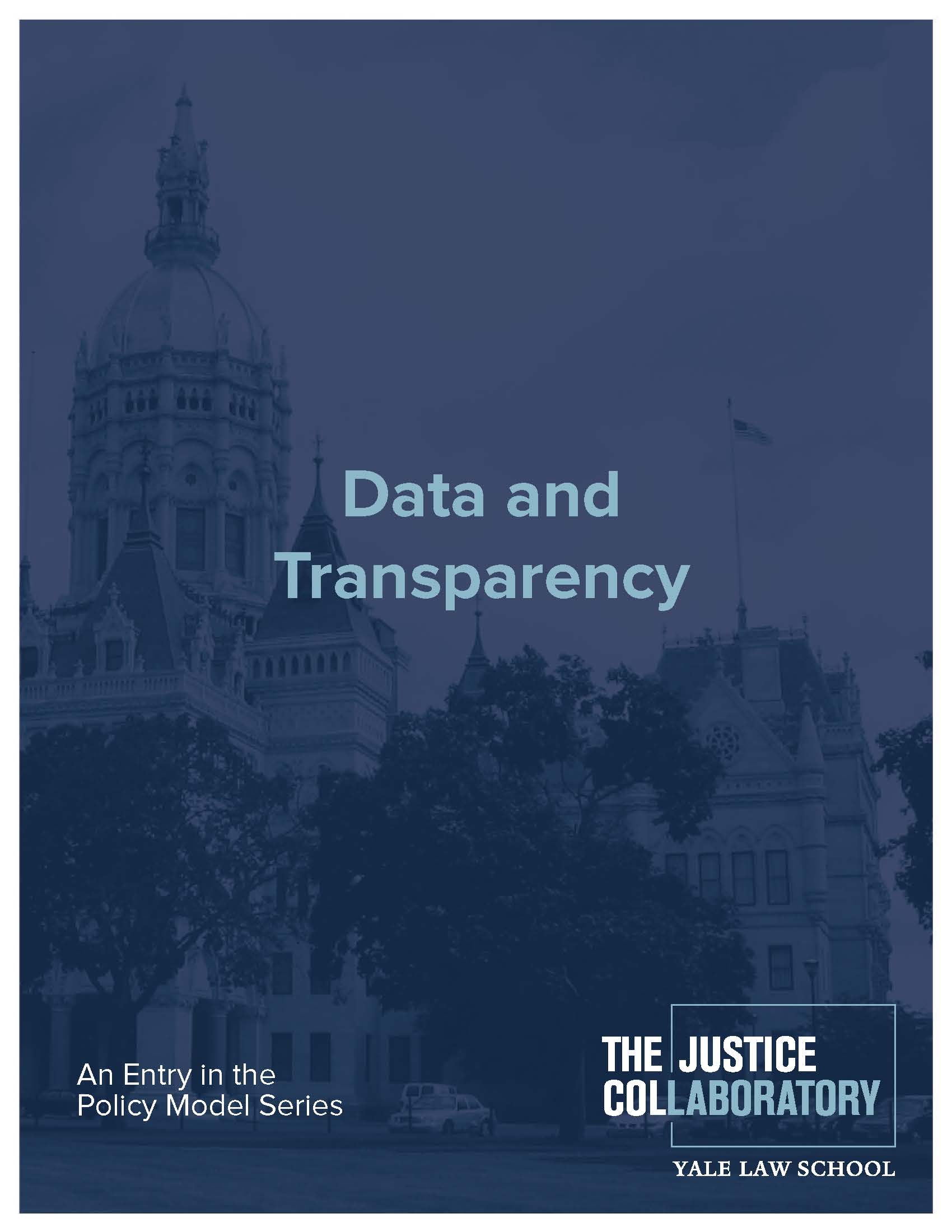 By building upon efforts of organizations like the NYU Policing Project and the Center for Policing Equity that offer invaluable roadmaps for improving data collection practices and transparency, the model aims to trigger a broad release of policing data as currently collected by police departments and as already permitted by their current resources.

Leveraging existing departmental capabilities to export digital data into open-source formats — a feature of virtually all digital record management systems — can achieve immediate transparency at minimal additional cost, according to the model. States can support this effort by funding increased adoption of digital recordkeeping. The model notes that the cost such recordkeeping typically becomes more economical each year.

The Policy Model Series is the Justice Collaboratory’s group of concrete proposals for achieving a community-centered justice system. The proposals are concise, plainly worded, and reflect the latest thinking by leading experts. These models are intended to serve as templates for state and local laws, though their substance may also be incorporated into agency policies, regulations, and guidance.

The Justice Collaboratory at Yale Law School is a group of nationally recognized academics, researchers, and social scientists who have joined together to build a more just, effective, and democratic criminal legal system by advancing public policies that are scientifically proven to build strong and safe communities where all citizens can thrive.