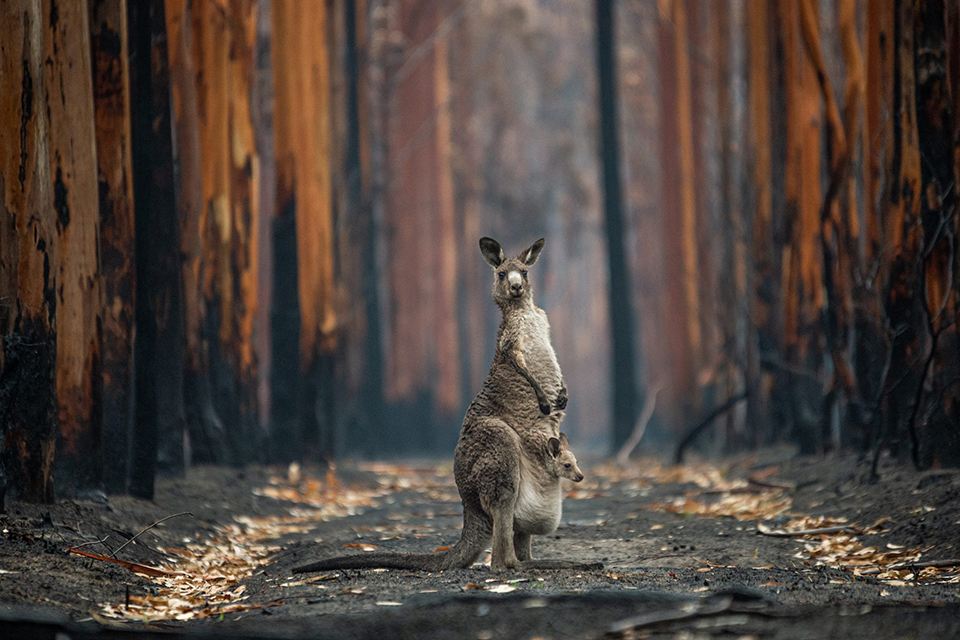 The Law, Ethics & Animals Program (LEAP) at Yale Law School hosted Jo-Anne McArthur, founder and president of We Animals Media (WAM), for a discussion of how photography inspires and shapes animal advocacy. Her September 30, 2021 talk, “The Power of Photojournalism in Animal Advocacy,” was cosponsored by the Yale Sustainable Food Program, the Poynter Fellowship in Journalism, the Yale Environmental Law Association, and the Yale Animal Law Society.

Over 150 people logged on to hear McArthur share what she’s learned from her career documenting and sharing images and stories of animals whose lives have been impacted by the food, fashion, research, and entertainment industries. The event was moderated by LEAP Student Fellow Manny Rutinel ’22.

For the past two decades, McArthur has traveled to over 60 countries to bring light to humanity’s treatment of other creatures, whose plights and suffering are often overlooked.  Her subjects have included wild animals impacted by extreme flooding, wildfires, and other natural disasters linked to climate change; food animals in factory farms, slaughterhouses, trucks, and shipping vessels; and captive animals in circuses, bull fights, rodeos, puppy mills, zoos, and sanctuaries. McArthur’s award-winning photos have been featured in many outlets, including National Geographic, The Guardian, and The Washington Post.

McArthur coined the term “animal photojournalism” and pioneered the field in the late 1990s. As McArthur said in her talk, the genre fills the gap between traditional photojournalism, which often focuses on the human condition, and wildlife photography, which typically documents animals in their natural habitats, removed from human affairs. In McArthur’s definition, animal photojournalism “captures, memorializes, and exposes the experiences of animals who live amongst us, but who we fail to see.”

At the event, McArthur described the physical and psychological tolls often endured by photojournalists who chronicle the exploitation and suffering of animals: the byproduct of witnessing large-scale suffering without being able to help. There are also physical dangers in exposing mistreatment. “Many of the investigators that are my friends and colleagues have been injured, have been beaten up, have been arrested, have faced large fines and jail time,” McArthur said.

As part of a commitment to broadcasting her images as widely as possible, McArthur founded WAM, an online photography archive in 2019. WAM is now a full-fledged nonprofit photojournalism agency that provides over 10,000 free photographs of animals exploited for food, textiles, entertainment, sport, and more to newspapers, magazines, nonprofits, educators, and policymakers to empower them to tell the stories of animals in the human environment. Recently, McArthur and We Animals Media published Hidden: Animals in the Anthropocene, with a forward by Joaquin Phoenix, now in its third printing. WAM also offers a master class to teach the basics of animal photojournalism and educate the next generation of animal photojournalists.

In parallel to WAM, McArthur runs the Unbound Project, which began when she noticed that women were leading animal advocacy in all the countries she had traveled to. Unbound produces photography documenting these women’s activism as they fight poaching, found sanctuaries, heal animals, sue factory farms, and take other strides for animals in their home countries.

The Law, Ethics & Animals Program (LEAP) at Yale Law School is a multidisciplinary program dedicated to developing new strategies to address industrialized animal cruelty and its impacts on the living world, and to drawing attention to the deep questions of conscience and law raised by humanity’s treatment of animals. Among recent and upcoming LEAP speakers are Peter Godfrey-Smith, Aryenish Birdie, and Ben Lilliston. To receive notifications about LEAP events, sign up for LEAP’s newsletter.