Professor of Law Elizabeth K. Hinton was elected to the American Philosophical Society (APS) for her accomplishments in social sciences, according to an announcement from the Society on May 25. 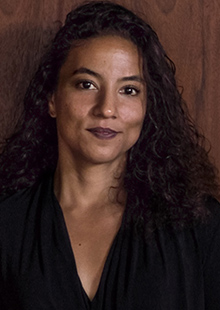 Hinton is Associate Professor in the Department of History and the Department of African American Studies at Yale, with a secondary appointment as Professor of Law at the Law School. Her research focuses on the persistence of poverty, racial inequality, and urban violence in the 20th century United States. She is considered one of the nation’s leading experts on criminalization and policing.

Her most recent book, America on Fire: The Untold History of Police Violence and Black Rebellion Since the 1960s, offers evidence against the notion of “riots” (which, Hinton writes, are better understood as rebellions) as part of a disease that can only be cured by more police.

In her book From the War on Poverty to the War on Crime: The Making of Mass Incarceration in America (Harvard University Press), Hinton examines the implementation of federal law enforcement programs beginning in the mid-1960s that transformed domestic social policies and laid the groundwork for the expansion of the U.S. prison system. Her articles and op-eds can be found in the pages of the Journal of American History, the Journal of Urban History, The New York Times, The Atlantic, The Boston Review, The Nation, and Time. She also co-edited The New Black History: Revisiting the Second Reconstruction (Palgrave Macmillan) with the late historian Manning Marable.

Founded in 1743 by Benjamin Franklin for “promoting useful knowledge,” the American Philosophical Society is the oldest learned society in the United States. The APS has approximately 1,000 elected Members from all different disciplines. As of April 2020, only 5,746 Members have been elected since 1743. Since 1900, more than 260 Members have received the Nobel Prize.

The Society sustains its mission in four principal ways. It honors and engages distinguished scientists, humanists, social scientists, and leaders in civic and cultural affairs through elected membership and opportunities for interdisciplinary, intellectual fellowship. It supports research and discovery through grants and fellowships, lectures, publications, prizes, exhibitions, and public education. It serves scholars through a research library of some 13 million manuscripts and other collections internationally recognized for their enduring scholarly value.