Roberta Romano ’80, Sterling Professor of Law and Director of the Yale Law School Center for the Study of Corporate Law, has been awarded the 2020 Ronald H. Coase Medal by the American Law and Economics Association (ALEA), recognizing her work in the field of law and economics. Romano will receive the award and deliver her acceptance address on October 23, 2021, at the 31st Annual Meeting of the American Law and Economics Association. 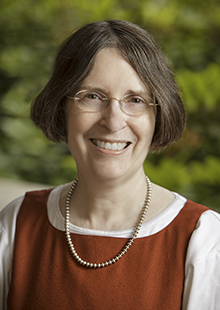 “It is an honor to be a recipient of the Ronald H. Coase Medal,” Romano said. “On an occasion such as this one, I can’t help but think back to my days as a law student in the late 1970’s at YLS in Marvin Chirelstein’s Business Units II class. Marvin’s class launched me in a field and interdisciplinary methodology that has occupied my interest ever since. There is no way to acknowledge fully my intellectual debt to Marvin except by publicly acknowledging it often.”

ALEA is dedicated to advancing economic understanding of the law and related areas of public policy and regulation. Since 1999, the Association has published the American Law and Economics Review, a refereed journal. The Ronald H. Coase Medal was established in 2010 and is conferred biannually in recognition of significant contributions to the field of law and economics. Recipient lectures are also published in the American Law and Economics Review.

Roberta Romano is a past President of the American Law and Economics Association. Her research has focused on state competition for corporate charters, the political economy of takeover regulation, shareholder litigation, institutional investor activism in corporate governance and the regulation of securities markets and financial instruments and institutions. In addition, Romano is the author of The Genius of American Corporate Law (1993) and The Advantage of Competitive Federalism for Securities Regulation (2002).